Dear Philly: Meet Your Poster Child for the Super Bowl This Sunday

This adorable two-year-old is all the motivation the Eagles need. 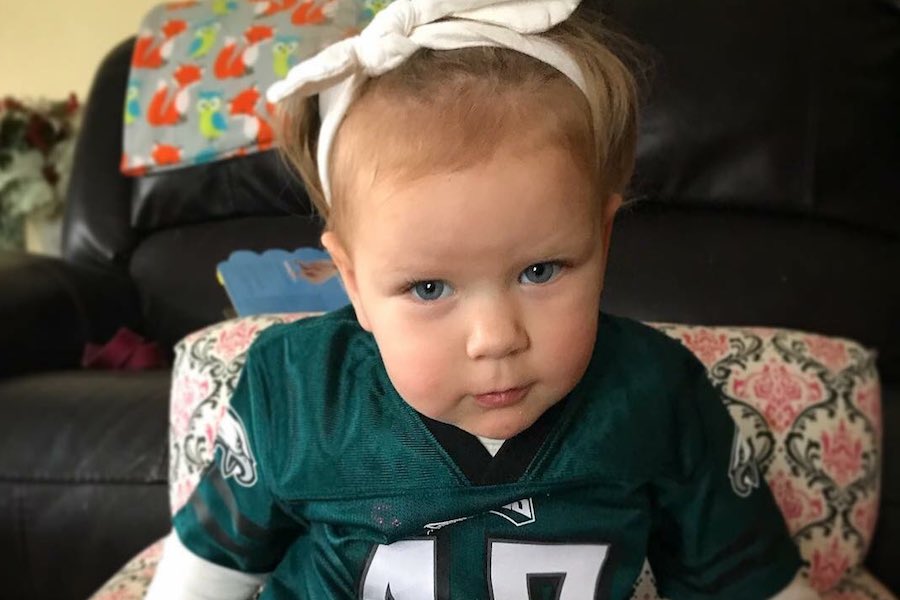 Brianna is not to be trifled with. Neither are the Eagles.

Earlier today, we published our Beantown Beatdown video, in which fabulous Philadelphians like Stephen Starr and Blondell Reynolds Brown read insults about Boston sent in to us by readers. Well, there was one part of the video that made us dig a little bit deeper.

But that’s not Stu’s niece in the photo that he holds up. It’s the niece of a woman named Cara, who submitted the put-down line to us via Twitter, along with the photo of her two-year-old niece, Brianna. Here she is learning the Eagles chant.

We can’t stop thinking that Brianna and her ultimate game face need to be the poster child for the Eagles this Sunday in the Super Bowl. What additional motivation could the Eagles possibly need? 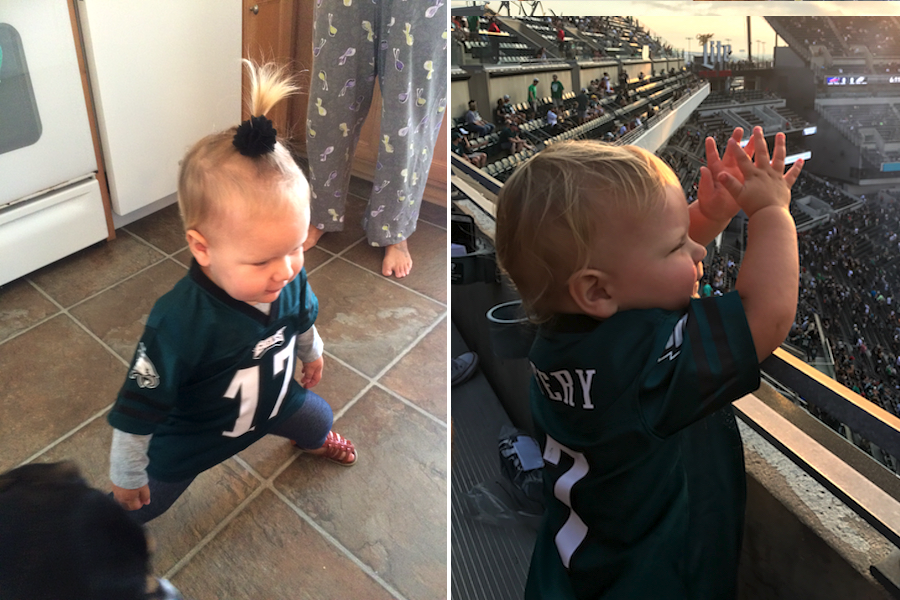 “She’s probably as much of an Eagles fan as you can possibly be at that age,” her father, Phil, told us on Friday morning. “She wore her Carson Wentz jersey to daycare this morning.” 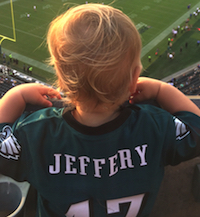 In addition to the Wentz jersey and the Alshon Jeffery jersey she’s wearing in some of these photos, Brianna has plenty of other gear.

There have been Eagles baby bottles and binkies. There are Eagles sippy cups. There are the Eagles bibs. She’s got Eagles sweatshirts. And there’s even an Eagles cheerleading outfit.

“When we get her all dressed up for the games, she really gets into it, man,” says Phil, who works for CPS Marine near Wildwood.

You see, Phil’s wife, Tami, is expecting their second child, and she’s due any day. In fact, the doctors are saying it’s completely possible that their next kid is going to born on Super Bowl day. So what would an Eagles win mean for the child if he or she is a Super Bowl baby?

“The middle name will probably be Foles,” says Phil.

Alas, Tami has yet to be convinced of this idea. After all, what if the new baby — not to mention Brianna — grows up to be a Cowboys fan?

“I’ll still love her the same,” Phil insists. “I suppose.”