PHOTOS: Philly Is Going Wild for the Eagles (and it’s Wonderful) 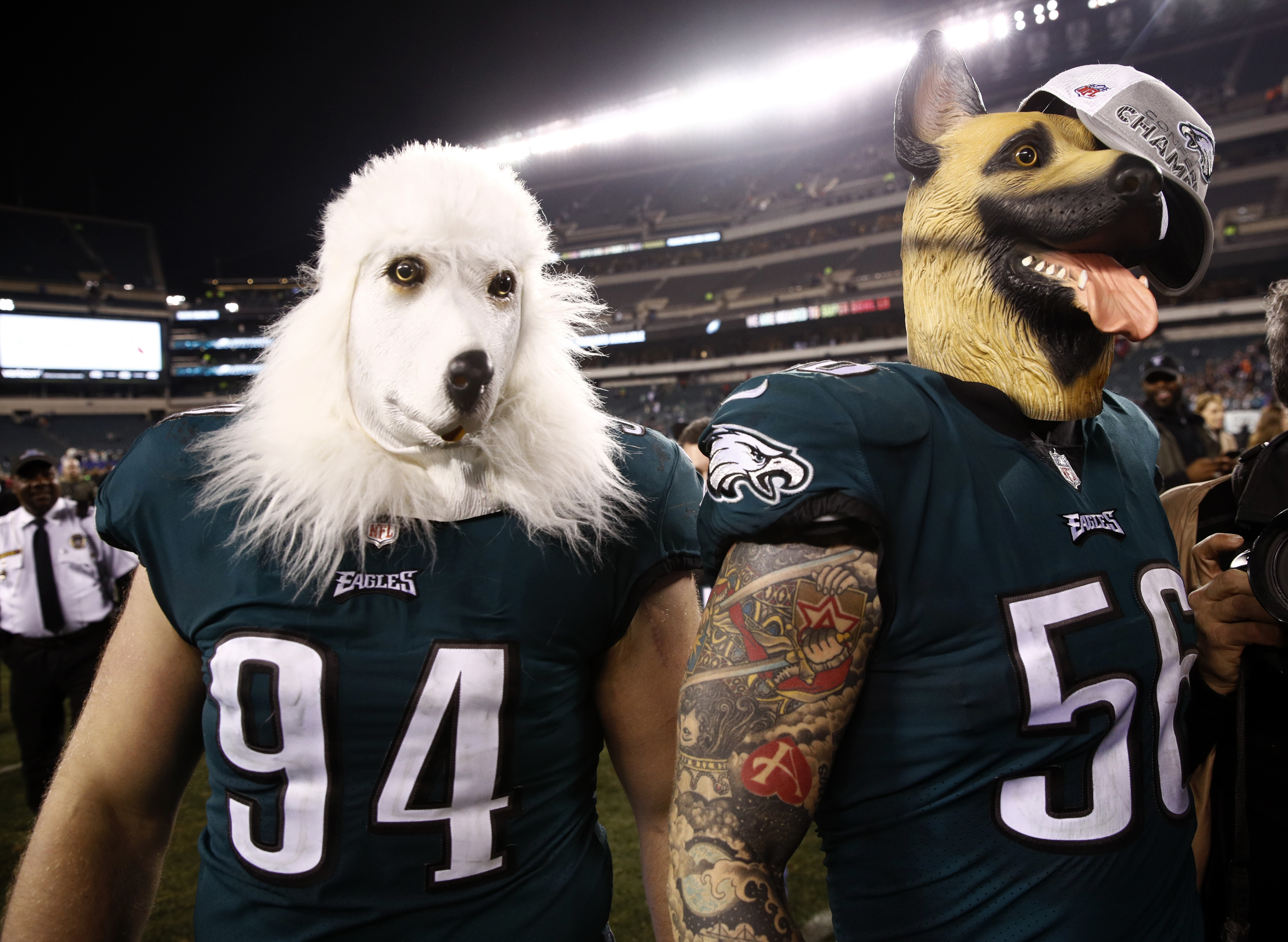 It’s a terrific day to be a Philadelphian.

Here are some of the best reactions from the game, mostly because they show off how passionate/weird Eagles fans are:

There are no more laws in Philadelphia pic.twitter.com/DMpnNqRmei

Only in Philadelphia is this not a weird scene in church pic.twitter.com/nefHmeesU6

The Vikings team bus getting a very Philly send off pic.twitter.com/QABIBX1uD5

Celebrations still going in #Philly#Eagles fans outside of our TV studio this morning: pic.twitter.com/Zj9oDraqkP

I need to go back to Philly pic.twitter.com/7iuAlWN12o

Even when we’re thousands of miles away from home:

More evidence: pole scaling, despite the efforts of the Crisco Cops:

The grease put up as much of a fight as the Vikings did pic.twitter.com/aFei9Qi5gh

"Cheers for Foles! Jeers for Poles!" Despite @PhillyPolice's preemptive plan, an application of Crisco was not enough to keep #Eagles fans from climbing light poles https://t.co/oC83iqB9XY pic.twitter.com/J8sKEgIZZU

And the first of many Crisco-defying pole climbers. #eagles #SuperBowl pic.twitter.com/MWfd7CSWgM

Clearly the Crisco wasn’t enough to keep this guy off the pole – Temple students are taking over North Broad as the EAGLES head to #SuperBowl52 pic.twitter.com/2JtXDd9ckq

Oh, and a few fires:

Imagine how big the fire would’ve been if they had lost pic.twitter.com/YBarvsMTZb

The people of Philadelphia are very skilled arsonists pic.twitter.com/DOJ4SEuXTY

Plus some winners from the Philadelphia Police Department (which probably had a lot to do last night):

There is no stopping NickFoleon Dynamite. We won't even try. pic.twitter.com/ALLkKpnsgZ

There were many enthusiastic crowds:

Broad and Market, at the foot of City Hall #FlyEaglesFly pic.twitter.com/FN2lrs0g01

This is Broad & Shunk. I asked one guy what would happen if the Eagles won the Super Bowl. "They might have to call the military," he said. pic.twitter.com/kKh8xx9T1F

You wake up the morning after and first thought is, "Hey, the Eagles are headed to the Super Bowl." First cup of coffee is about to be magnificent. pic.twitter.com/GdSdH3E8qt

This is the view from Chopper 6 as #Eagles fans celebrate at Frankford and Cottman. LIVE: https://t.co/oVqn0mTKTN pic.twitter.com/iLReOt53BD

And lots of love from celebs:

Birds of a feather fly together and we are going to soar this weekend! Go Eagles!!! @philadelphiaeagles

The most beautiful thing about Bradley Cooper is his #Eagles love pic.twitter.com/P9XR2mwPS3

Plus pure joy from the team itself.