In extreme temperatures, getting to shelter means life or death for Philly's homeless. Still, some people refuse to leave the cold. Should the city keep forcing them? 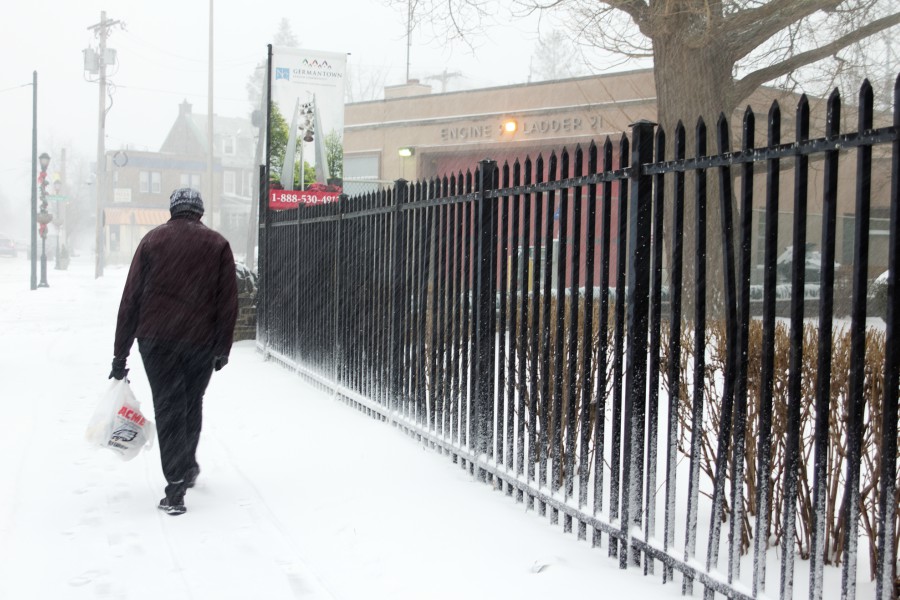 The city declares a Code Blue emergency when winter weather conditions (snow, freezing rain, frigid temperatures) are considered life-threatening – particularly for the roughly 6,000 sheltered and unsheltered people experiencing homelessness in Philly. Under the emergency status, the city offers extra beds at shelters, and homeless outreach teams work around the clock to bring people inside.

But there’s a lesser-known aspect of the city’s Code Blue status: during the emergency, officials can force people to leave the streets and go to a shelter.

If homeless outreach workers are concerned for someone who refuses services, officials can seek what’s called a Court Ordered Transportation to Shelter (also called a COTS procedure or a Code Blue 302), with the help of the on-call city attorney and approval from a Common Pleas Court judge.

During the frigid nine-day stretch between December 29th and January 7th – the city issued 16 Code Blue 302s. During a 302, members of the Philadelphia Police Department and homelessness outreach nonprofit Project H.O.M.E. will transport a person to a shelter, often against that person’s will.

Bitter cold is still biting Philly! Remember to call Homeless Outreach anytime at 215-232-1984 to help our most vulnerable citizens. pic.twitter.com/o7o0iMLEp0

David Holloman, director of external affairs for the city’s Office of Homeless Services, said 302s are viewed as a last resort and exercised only when workers fear a person could experience hypothermia. Often, people who are taken to shelters are suffering from behavioral health challenges or serious substance abuse, he said.

In a report conducted over five years (between 2011 and 2015), Philly’s Homeless Death Review Team found that on average, hypothermia was a primary or contributing factor in the death of one person experiencing homelessness per year in Philly. According to OHS, the city has not recorded any weather-related deaths this winter among the city’s homeless population, despite the deep freeze.

Holloman stressed that the 302 procedure is “the last tool we encourage” because the process can very traumatic for those involved.

Laura Weinbaum, the vice president for public affairs and strategic initiatives at Project HOME, said 302s should only be used when there’s no other choice. As some homeless advocates have argued, getting the police involved can hurt relationships that shelter workers have built with visitors. And there are many reasons why a person might not want to go to a shelter: for one thing, they aren’t always clean, safe or pleasant, and people’s experiences there can deter them from wanting to return.

Incredible work by our City's Outreach teams during most recent #CodeBlue—Philadelphia did not lose anyone experiencing #homelessness in the frigid weather: https://t.co/VVgP32HLZZ

Weinbaum pointed out that people who are subjected to 302s often require help beyond shelters. Those who are considered a danger to themselves or others typically need support programs that are more individualized than what shelters offer, she said. (Though with already slim and increasingly threatened federal resources, she said attaining that support is an issue in itself.)

“If somebody is actively endangering themselves or others, a 302 is an important tool in the toolbox, period,” Weinbaum said. “That being said, it is a time- and labor-extensive procedure, and it can be threatening to a person. If there is another way, we’d rather see a person have choices.”

In Philly, Holloman said police officers and the city’s “very seasoned” outreach staff are specifically trained on 302s, which he called “life-saving events.” Plus, the procedure only goes so far: Officials cannot force people to stay at shelters; they can only transport them there.

Overall, though, Holloman is adamant that 302s have saved lives. The five hypothermia-related deaths between 2011 and 2015 represent just two percent of the 269 decedents analyzed by the Homeless Death Review Team during that period. (Major contributors include drug overdoses and heart disease.) The group, which has operated within the city’s Department of Public Health since 2009, has repeatedly claimed that the city’s Code Blue efforts have helped to curb weather-related deaths in the city.

Per OHS, the city’s shelters did not reach full capacity during the extended Code Blue stretch this winter, which Holloman said was surprising.

“You do have people who decide not to come in during this time, and that’s their due diligence and right,” he said. “People are very resourceful living on the streets. Given the closeness to the holidays, some people who may not have had good relationships with families decide to go back to families. Some people are receiving income, and some people may decide to rent a room. There could be a number of different factors.”

Still, he said, even when shelters are full, they’ll continue to accept people during Code Blue.

“No one is turned away, even if we are at 100 percent capacity,” Holloman said. “We would do anything in our power to make sure no one is left out.”