Jahkee Wade says his time working at the Northeast Philly location was a “nightmare.” Turns out Wawa is a much better fit. 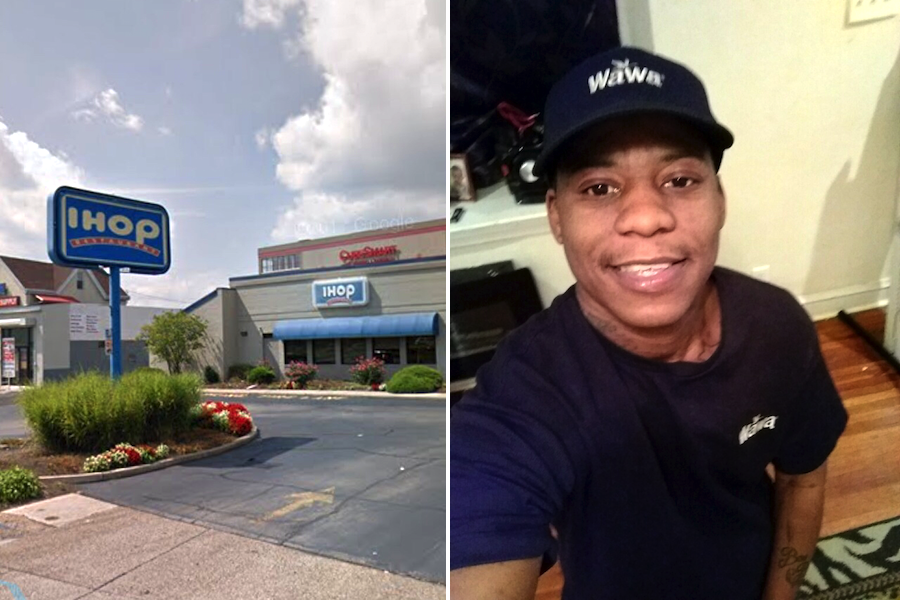 These days, Jahkee Wade makes hoagies at the University City Wawa at 36th and Chestnut streets, a job he says he loves because the employees and managers respect who he is. But not long ago, the 31-year-old resident of the Wynnefield section of Philadelphia says he worked a “nightmare” of a job at a Northeast Philadelphia IHOP.

In a new lawsuit filed in Philadelphia’s federal court, Wade, a transgender man, says that he was routinely sexually harassed and discriminated against at the IHOP on the 4300 block of Roosevelt Boulevard, around the corner from the big Home Depot/Walmart complex in Lawncrest. The suit seeks unspecified damages, including lost wages.

Wade began working as a server at the IHOP in 2010, about a year after he started hormone treatments. According to allegations contained in the lawsuit, Wade’s coworkers told him that he wasn’t “a real man” and used slurs like “dyke” to refer to him as well as “she” and “her.”

“It was awful,” Wade tells Philly Mag. “All of the employees were very disrespectful, calling me out of my pronouns, harassing me every day. They tried to make me use Shana — that’s my birth name — even though they knew I was transitioning. They wouldn’t let me use the name I wanted to be called.”

Wade, a Germantown native, alleges in the suit that the store manager also made derogatory comments to him and laughed when other employees did so. Wade claims that he complained to a regional manager but that his concerns went unaddressed.

Eventually, the store manager left the IHOP, but Wade says that his replacement only made things worse. The male store manager was replaced by a woman who Wade claims sexually harassed him in a much different way.

According to the suit, the new manager made repeated advances, brushing up against Wade and asking him out. She allegedly made remarks like, “I know you want me” and “I can treat you better than your girlfriend” and texted explicit photos to Wade. When Wade rebuffed her advances, he alleges that she turned up the heat at the job, instructing Wade’s coworkers to harass him more. The manager later grabbed Wade’s genitals and buttocks, claims the suit.

Wade says he continued to complain to upper management and that the store manager retaliated by cutting his hours. Then, claims the suit, Wade was fired over confrontations management said he had with other employees, including one where a female employee said he called her a “bitch” and a “faggot.” Wade says he never did anything of the kind. (Neither IHOP nor an attorney representing the local franchisee responded to requests for comment for this story; a person answering the phone at the Northeast Philadelphia IHOP said the restaurant has no comment.)

“They just didn’t want me there,” he observes. “But I was an excellent worker. Why else would they have kept me there for four years? I did a great job. But they treated me like an outcast. I was the only trans person. They used to make me cry. It made me so depressed.”

Wade’s suit comes a few months after the U.S. Equal Employment Opportunity Commission (EEOC) filed a federal lawsuit against several IHOP franchisees in New York and Nevada — the Northeast Philadelphia franchise was not part of the lawsuit — claiming that the restaurants failed to take action on employees’ sexual harassment complaints and that management retaliated against some employees after they complained.

As for Wade, he eventually wound up behind the hoagie counter at the University City Wawa, where he says his coworkers and managers are all supportive and respectful of him.

“IHOP was the worst environment I ever worked in,” Wade insists. “But Wawa is different. They treat me real good. They call me by my proper pronouns, and they even let me wear the name tag that I prefer to wear.”