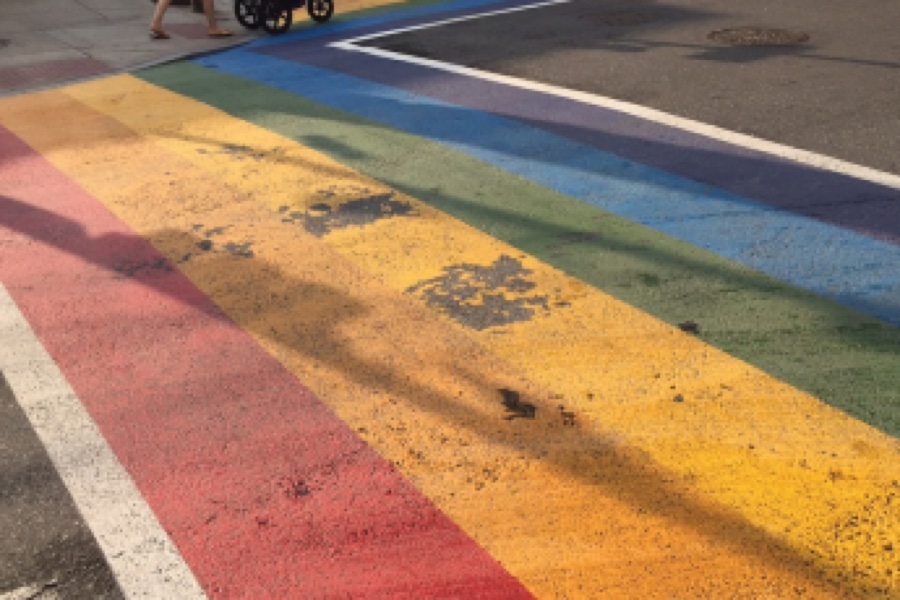 Here’s a blunt fact: When it comes to business ownership, white gay men in Philadelphia are not vulnerable minorities.

They are not collectively marginalized by city agencies, nor do they face institutional roadblocks to financial opportunity. Some of them even own multimillion-dollar properties in the Gayborhood, enjoy long-standing economic power across the city, and wield political clout. In fact, white gay men are so privileged in Philly that the city had to mandate that some of the businesses they own receive sensitivity training for discriminating against women and people of color within the LGBTQ community.

So I was stunned when I read recently that some LGBTQ business owners want to be considered as minorities when bidding for city contracts. “We don’t expect this to be a system that is requiring X-amount of dollars to be spent with the LGBT community,” Evan Urbania, a white gay male business owner, said in an interview with WHYY. “We just really want to be next to the other minority and business services — those owned by women, African-Americans and the disabled. We want to be in that same class and category.”

Last year, the city’s Department of Commerce awarded $991 million in public contracts, close to 30 percent of which went to businesses owned by people of color, women, or disabled individuals. Meanwhile, the Independence Business Alliance, the city’s LGBT chamber of commerce, is working with the PHLCVB and PHLDiversity on growing diversity on their board and membership while also working alongside the Philadelphia Commission on Human Relations to implement a strategic plan of action. (Out of the IBA’s current list of 35 certified businesses — those that have LGBTQ owners with at least a 51 percent stake — only five of them are owned by people of color, and nine by women.)

So, local LGBTQ businesses — which are mostly run by white gay men — are now trying to use sexual orientation as a way to take advantage of benefits that traditionally have been granted to minorities with a documented history of restricted access to public business opportunities. As a black gay man who shares both an underrepresented sexual orientation and a racial identity status, I hope the city doesn’t fall for the illusion that white gay men are in the same vulnerable situation as women and people of color. I have learned firsthand that when it comes to this particular city’s social dynamics, race and gender, not sexual orientation, are the real targets of institutional oppression.

Zach Wilcha, executive director of the IBA, says that the organization recognizes the current racial and gender disparity within local LGBTQ businesses and has created “intersections programs” for members of color, women, and transgender individuals to help increase the diversity of their membership and their board. He also believes that when it comes to city contracts, LGBTQ business owners “don’t want a bigger piece of the pie that will marginalize others.”

“The IBA would like LGBT-owned and -certified businesses counted and to have those certifications recognized among the other third parties currently being accepted,” says Wilcha. “We want the city to mirror that and say LGBT should be in the general ‘minority’ pool. We are asking for zero percent set-aside — just a chance to check our box and compete fairly.”

Nationwide, only two states — Massachusetts and California — include an LGBTQ category in their procurement policies. In Pennsylvania, Governor Wolf issued an executive order in 2016 that recognized LGBT-owned businesses as small diverse businesses. None of these statewide decisions were met with notable public backlash, but it should also be noted that these mandates didn’t directly affect majority-minority populations in the way such a decision could in Philadelphia.

Wilcha insists that “including LGBTBEs will not detract or diminish the contracting opportunities for our friends already in the diverse business community. There are ways to recognize the role white privilege plays in Philadelphia’s LGBT business community while also allowing all LGBT-owned businesses to have a seat at the table when it comes to contracting and procurement within the city, as we have in other cities, states, and Fortune 500 companies.”

But how could this possibly work in practice? The reason the city even created these categories in the first place is that a majority of the city’s contracts are given to white men — some of whom are undoubtedly gay, and accordingly already represented in the existing pool of awardees. Creating another minority category that puts white men on equal footing with historically marginalized groups would simply re-introduce racial and gender bias on the opportunity and access side of the equation.

So before the city considers wasting money on a disparity survey to consider how “vulnerable” white gay men are, look again at those contract numbers. In a city whose population is majority-minority, our city’s business dealings shouldn’t reflect the opposite.