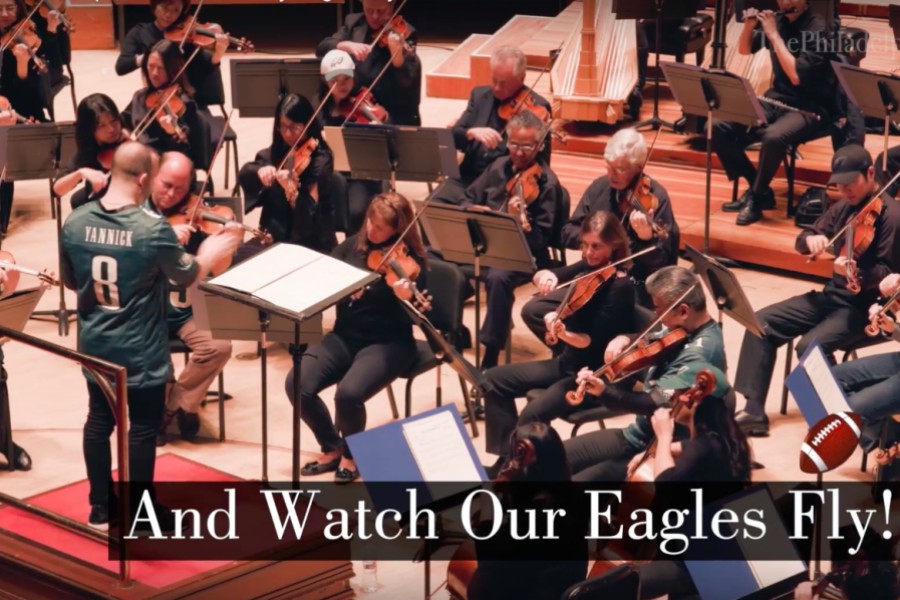 Image via The Philadelphia Orchestra/YouTube

If Carson Wentz‘s injury is bumming you out this morning (even after the Eagles’ win on Sunday), here’s something that might rekindle your hope for the Super Bowl.

Maybe the best part is famed conductor Yannick Nézet-Séguin wearing an Eagles jersey (#8, because he’s the orchestra’s eighth conductor). He leads the orchestra through a version of the fight song written by composer Jim Gray, per Philly.com.

In a tweet, the orchestra congratulated the new NFC East champs – and wished Wentz well.

They'll be playing your version at the Super Bowl ! pic.twitter.com/PtPu51VCjK

Here’s another tribute to the team: a fan in Deptford, New Jersey, timed Christmas lights to the fight song.