Carson Wentz Is Done for the Season: Philly Reacts

Sure, the Eagles won the NFC East, but the loss of our star QB has even casual fans lamenting. 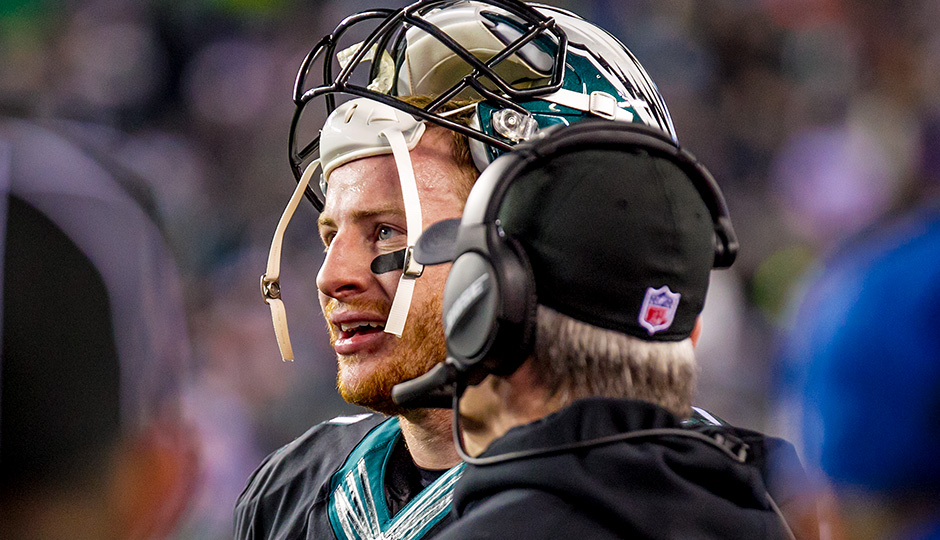 Sorry, Philly Jesus, but your prayers apparently fell on deaf ears: The Eagles have just confirmed that quarterback Carson Wentz will miss the remainder of the season after suffering a devastating knee injury during Sunday’s 43-35 win over the Los Angeles Rams. With our Super Bowl hopes likely dashed (Wentz was the frontrunner for NFL MVP prior to shredding his ACL), Birds watchers took to Twitter to collectively mourn the 2017 season before it’s even over …

don't call me and taunt me about carson wentz I WILL CUT YOU THE FUCK OFF!!!!

don’t say I have no heart… I am crying over Carson Wentz’s torn ACL right now. will probably do so multiple times throughout the week.

Had no plans of drinking today.

@cj_wentz it hurt me to see that hit last night. Hoping that this bandaid helps. Just remember, Bison tough! pic.twitter.com/7uMlrwydgb

So, we are never gonna see the full potential of this team with Wentz as the QB. Absolutely killer to think of how far this team has come this year with him. Now, we can’t see what happens in the playoffs with him on the field.

Drinking all the bleach #wentz

Frankly, for the record, i care more about @cj_wentz than bitcoin# Sorry

Wentz is done for the year, so bring Kaepernick to Philly pic.twitter.com/ctPDtnP15z

Somebody has got to remain positive, I guess…

I have a new found respect for Doug Peterson, his leadership and confidence as the HC of the Philadelphia Eagles!! Love his perspective and optimism during his presser!! #FlyEaglesFly #Eagles Time to rise up! 11-2 NFC East Champs, playoffs bound!! Can't wait!!!