From banning skateboarding to the new anti-public-drumming bill, our local legislators really know how to wreck a good time. 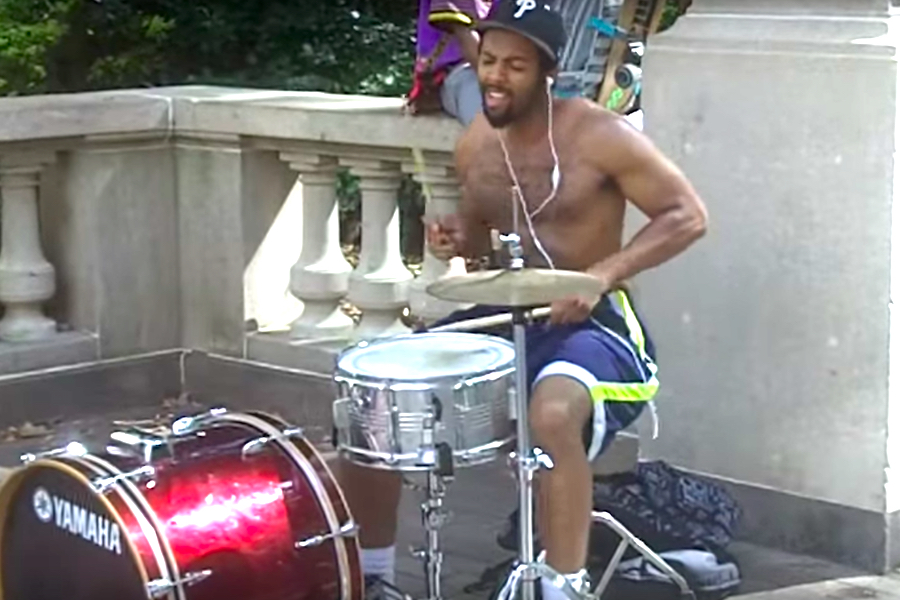 Screenshot of a drummer in Rittenhouse Square, taken from Christopher “Flood the Drummer” Norris video on YouTube.

There’s nothing like a group of municipal lawmakers to ruin a good time, and the good folks over at Philadelphia’s City Hall seem to be especially well versed in the art. Here, eight ways that our local elected officials have tried to mess with our leisure-time activity, as recently as this week.

Thou Shalt Not Drum in Public

Because of all those ornery groups of teenage flash mob percussionists that like to hang out near 15th and Chestnut with their bongos, woodblocks, and {shudder} triangles, City Councilman Mark Squilla wants to enact a permanent ban on drumming in public. Yes, you heard that right: A member of City Council in one of the largest, most progressive American cities wants to ban public drumming.

Specifically, Squilla seeks to amend the local noise ordinance to single out drums, drumming on newspaper boxes, and even using your hands to bang on a bucket.

No person shall produce percussive sound using hands, sticks, or other devices in combination with any type of drum or cymbal, or with a device or object utilized in the manner of a drum or cymbal, such as a news box, bucket, can, or metal plate, outside of a structure in the area bounded by the Delaware River, the Schuylkill River, Washington Avenue and Spring Garden Street, which sound is audible at a distance greater than one hundred (100) feet from the location of such drum, cymbal, device or object, unless such drum, cymbal, device or object is being used in connection with a permitted or licensed activity or event.

Thou Shalt Not Lounge in Dumpster Pools

Who can forget the Great Dumpster Pool of 2016?

And who can forget how quickly the city turned around and put the kibosh on it?

Thou Shalt Not Rock and Roll

Sometimes, a terrible City Council idea goes away, never to be heard from again. And other times, it returns, like a hacking winter cough that you thought you shook a week ago. Such is the case with the Promoter’s Bill.

In 2010, Councilmen Darrell Clarke and Bill Greenlee introduced Bill No. 100267, which sought to force promoters — whether they were promoting a concert at Union Transfer, a DIY punk show in West Philly, a karaoke night at Bob & Barbara’s, or a touring artist at the TLA — to register with the city and to notify the police of each show no more than 30 days before the event. Every event. They also wanted promoters to tell the city how much they were paying the venues. 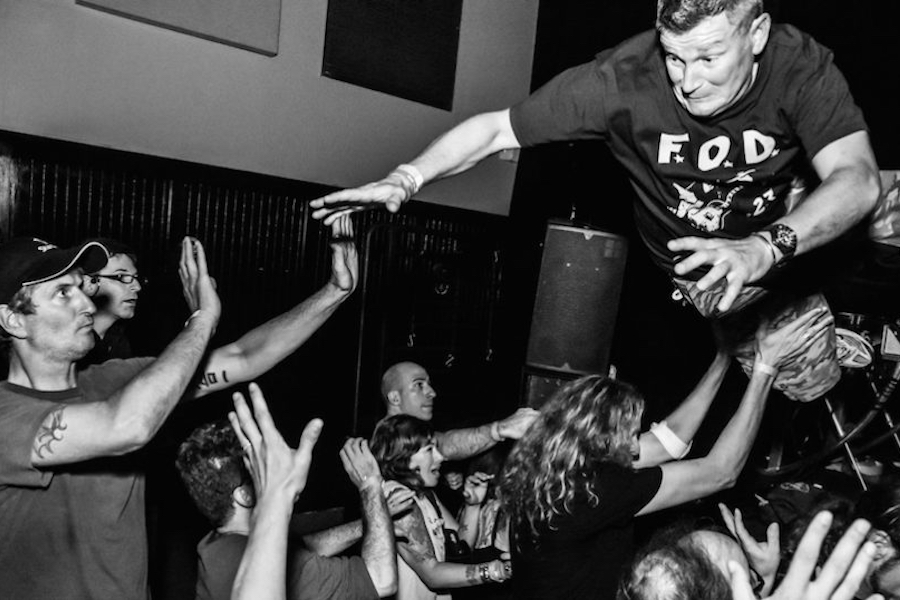 After pretty much every person in the city under the age of 30 became outraged at this suggestion, the idea basically went away. Well, until 2016.

Last year, a new bill reared its ugly head: Bill 166016. Different number. Same stupid fucking idea, more or less. Councilman Mark Squilla — a real lover of the good times, as you can see — said he wanted to require all promoters to apply for special licenses and that all performers should register their names and other personal information if they want the privilege of getting on stage here.

The bill was killed. Which is a good thing. We can just imagine: The Led Zeppelin reunion finally happens, and before the band is allowed to take the stage at Citizens Bank Park, Squilla asks, “But, Mr. Page, what is your home address these days?”

Thou Shalt Not Skateboard

Nothing gets under the skin of the buttoned-up squares in City Hall like a kid on a skateboard, and there’s a long, long history of bureaucratic handwringing over the scourge. Even “progressive” Michael Nutter — back in 2000 when he was on City Council — proposed a bill to abolish the four-wheeled terrors from public spaces. 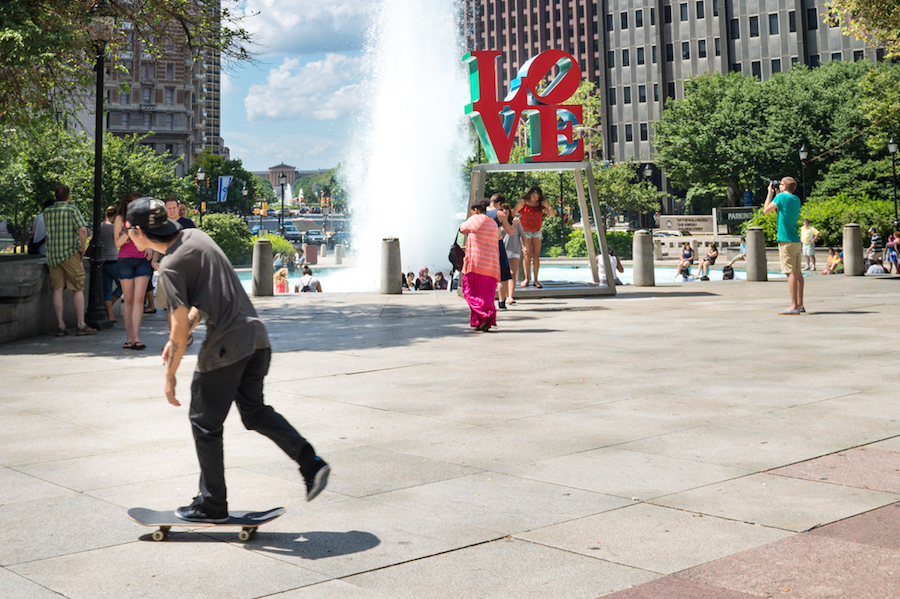 The bill eventually passed 14-3. Yes, fourteen of our City Council members were so horrified by our little Tony Hawk wannabes that they agreed to make a law to get rid of them. Bravo.

In 2010, a large group of unruly youths barreled through Center City causing widespread carnage — or at least some vandalism, bruises and a snowball fight — and launching an all-out “flash mob” panic from old white people everywhere.

Two of those old white people were then-City Councilman Frank DiCicco and City Councilman-turned-mayor Jim Kenney. When reports emerged that the punks might have used social media to organize their blitzkrieg, this dynamic duo came up with the brilliant idea to take Facebook and Twitter to court, no doubt eliciting snickers from great legal minds everywhere. The idea never got off the ground.

Thou Shalt Not Bicycle

We agree that listening to your tunes while riding a bike around our busy streets isn’t exactly Einstein-level thinking, but in 2009, Kenney sought to increase the fine for doing so from $3 (which, yeah, is a stupidly low number) to $300, which seemed a bit high. Council eventually settled on a maximum fine of $100. Oh, and you could go to jail for 10 days. Seriously.

Not to be outdone, DiCicco decided that anyone over the age of 12 who wanted to ride a bike in the city would have to register — and pay $20 to do so, of course. What is it with these politicians and their registries? Don’t they know that most of us have read 1984? Long story short, there is no bike registry.

Thou Shalt Not Smoke Blunts

Longtime Philadelphia legislator Brian O’Neill had it up to here with people buying blunts and using them to smoke the wacky weed, so he introduced a bill that prohibited stores from selling them.

Believe it or not, his distinguished colleagues on City Council agreed with him unanimously, and Mayor John Street signed it into law in 2007. One year later, a court overturned the ban, and you can now walk into almost any convenience store and buy your blunts. The city hasn’t imploded. Yet.

Thou Shalt Not Be a Chicken Farmer

Once upon a time, Philadelphia residents were allowed to keep chickens at their homes, enjoying the benefits of farm-fresh (or at least backyard-fresh) eggs, not to mention the companionship of the animals, which actually make really good pets. 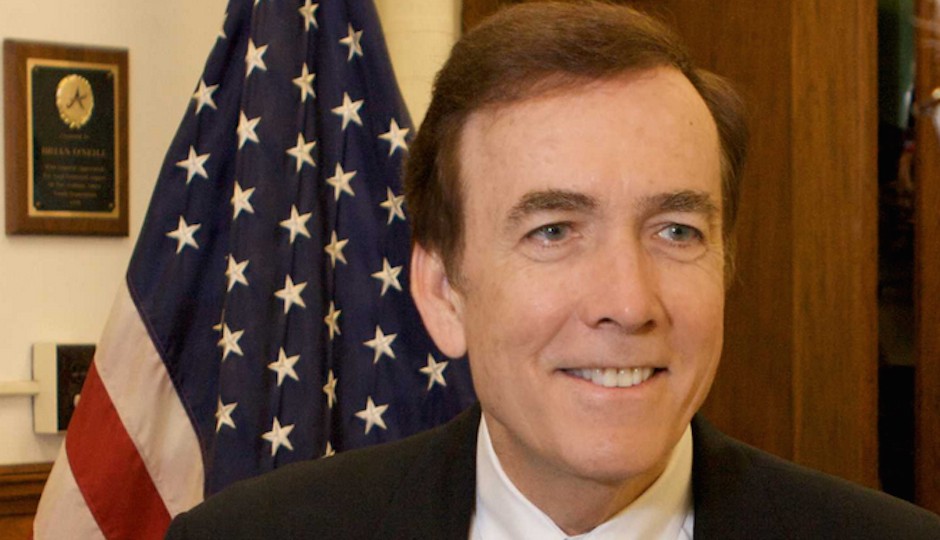 But then a miserly old Republican — bluntophobe O’Neill again — decreed that the peasants throughout the land would no longer be permitted to raise chickens. Twelve years later, with most major cities in the country allowing urban chicken farming, Philadelphia still says no. What the cluck?