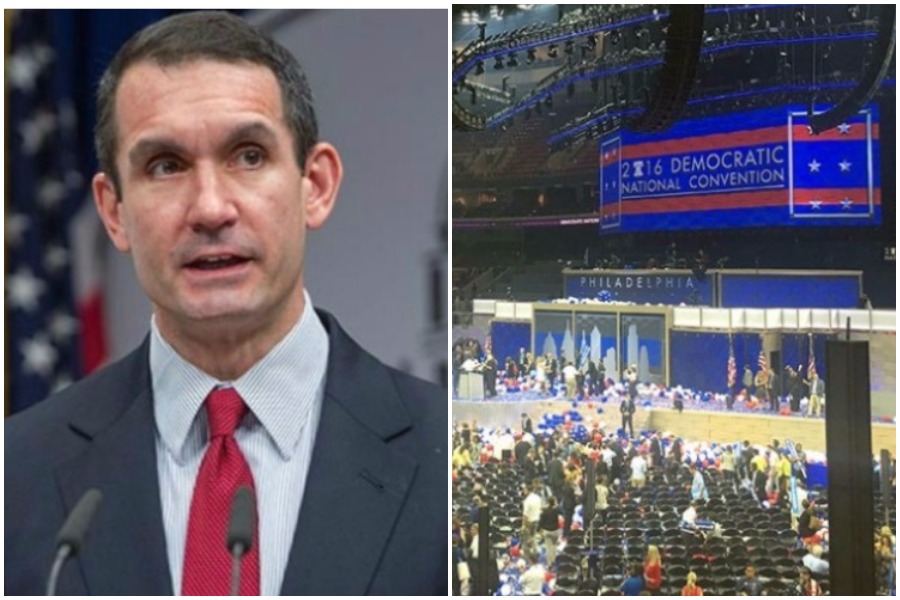 Gov. Tom Wolf and several other officials asked DePasquale to conduct a formal review of DNC spending in May, after the Inquirer and the Daily News revealed that Rendell had issued the bonuses. At the time, Wolf said he was “disappointed” with how the money was spent, considering the fact that taxpayers footed the largest portion of the DNC’s bill: $10 million.

First things first: DePasquale’s audit, which was released on Monday, found that the $10 million state grant was spent in compliance with the grant agreement, and that, per the agreement, the DNC Host Committee was not required to pay back any of that money.

Those expenditures complied with the grant agreement, which mandated that taxpayer funds were to be used on convention necessities, including “rental and build out of the Convention arena and other facilities, transportation, communications, technology systems, necessary office space and event security.”

Still, DePasquale said Rendell should have sought approval from the host committee’s board before paying out the $1 million in surplus money to staffers and interns – as well as another $1 million in leftover funds to Philly-area charities. And he criticized the Pennsylvania Department of Community and Economic Development for doing a “poor job” of writing the grant, which he said should have had a claw-back agreement, or a section stating that taxpayer money would be be used only as a last resort after all privately raised funds were expended.

But the biggest red flag of all, according to DePasquale, is the fact that two members of the host committee, Kevin Washo and Eliza Rose, received bonuses. Given that the committee was registered as a tax-empt nonprofit, DePasquale said, the bonuses could have violated IRS regulations. Therefore, he’s referring the report to the IRS.

In a statement on Monday, Rendell said DePasquale’s audit “confirms what we knew all along: that the Host Committee fully complied with the stipulations in the DCED contract and spent those funds completely appropriately and in accordance with legislators’ parameters.”

Rendell touted the host committee’s “strong fundraising and budgeting,” which he said “put on what many have called the most successful political convention in recent history” and provided for $1.2 million in donations to local nonprofits and the Philadelphia School District.