Here’s Why Philly Is Covered in Ginkgo Leaves Right Now

The city's streets — and Instagram feeds — are suddenly showered with the leaves. 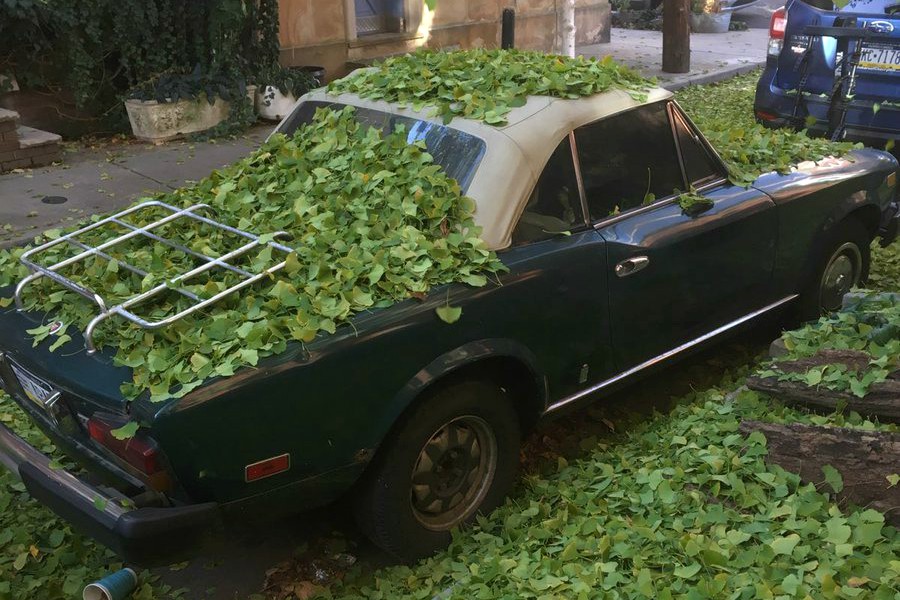 If you haven’t seen carpets of ginkgo leaves on Philly’s streets this fall, you’ve probably seen them littering your Instagram or Twitter feed.

And just in case you haven’t, we’ll post them here for you (courtesy of South Philly resident Dena Driscoll, who started a bit of a Twitter ginkgo roundup).

But first: The ginkgo species, which is native to China, has been found in fossils dating back 270 million years, to the early Jurassic. It’s been used in various ways throughout time — in traditional medicine, as food, and now as a very Instagram-able photo background.

According to a recent report in The Atlantic, ginkgo trees function as the East Coast’s “poster tree” of climate change: a soil microbiologist and professor at the University of New Hampshire found that, over time, the ginkgo tree’s “leaf dump” has been occurring later and later in the fall, correlating with a documented rise in seasonal temperatures.

Why do the leaves typically fall in a single day? The Atlantic’s Robinson Meyer explains it wonderfully:

In the autumn, deciduous trees form a scar between their leaves and stems to protect themselves from diseases and winter’s coming chill. Most flowering trees, like oaks and maples, form the scar at different rates, in different parts of the tree, over the course of weeks. Their leaves then fall off individually. But ginkgoes form the scar across all their stems at once. The first hard frost finishes severing every leaf, and they rain to the ground in unison.

There you have it, Philly.

Down the block from my house, a before+after. People come from all over the city to see this street I guess. #ginkgo pic.twitter.com/Bq0KoUFag2

These caught my eye this morning because of your post. pic.twitter.com/JhYmhn2V0q

fall of the ginkgo leaves pic.twitter.com/WHmunXLJvy

Unusual sight all over #Philly this weekend: ginkgo trees & a few others dropping piles of green (not yellow) leaves after Friday’s freeze. pic.twitter.com/RBQ6WJElp8

A ginkgo tree is so #beautiful just before its #leaves fall. #nature #naturelovers #fall wraps up #finale #instagood #igers_philly