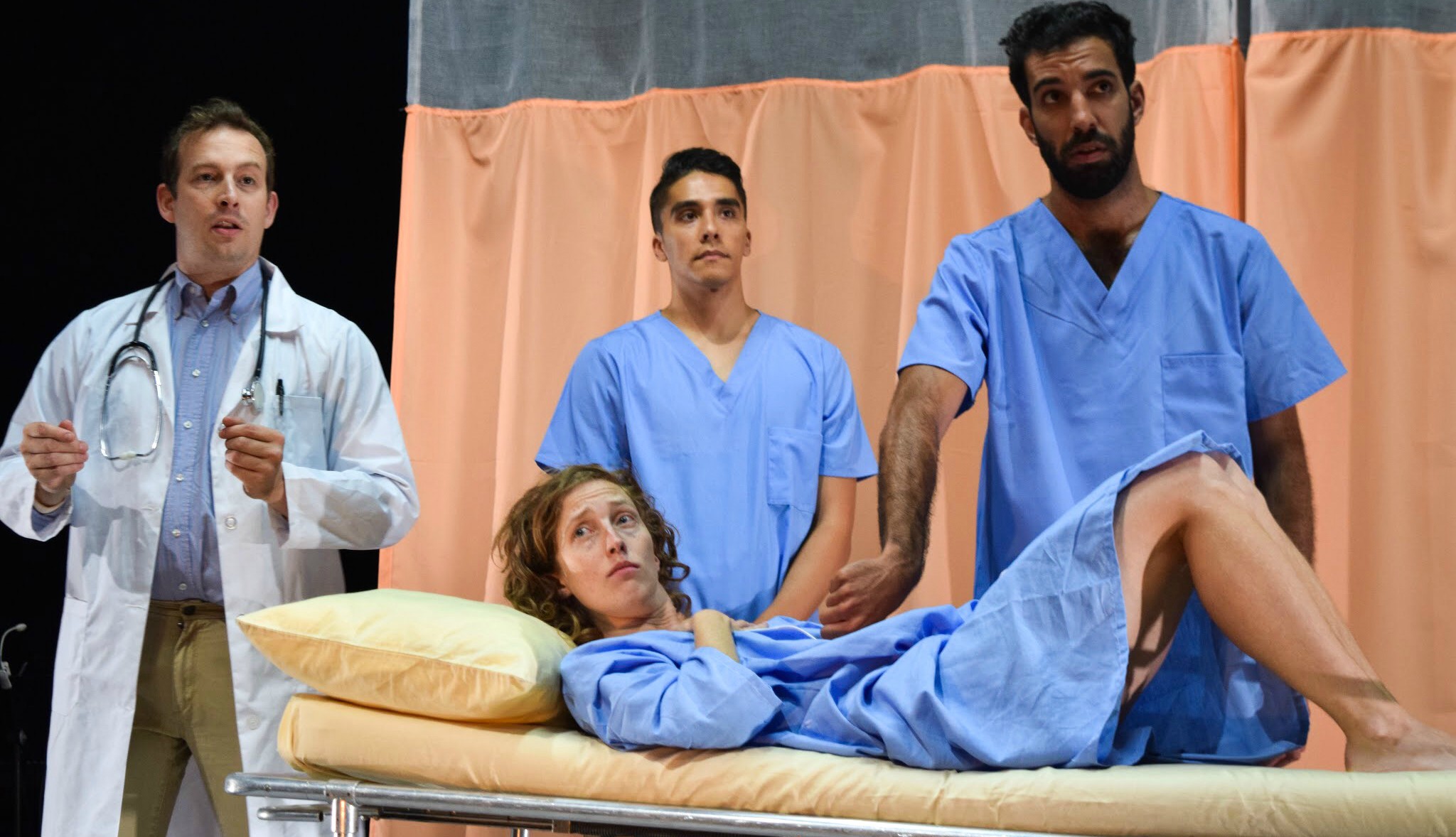 Alice Yorke thinks people have a Google alert for the word “abortion.”

The 31-year-old South Philly resident was well aware that her musical comedy about the controversial topic would stir some opposition. And one night after the play debuted, opposition arrived – with massive, graphic, anti-abortion signs in hand.

Yorke and actor/director Scott Sheppard co-created Unformed Consent, a “theatrical revue of abortion, fetal development, and your right to know,” per Philly theater company Lightning Rod Special, which is behind the production. The play debuted at the Painted Bride this past Saturday, and on Sunday, the show attracted some protesters.

The theater company sent out a “social media blast” to warn guests of the protesters, and Yorke said a neighbor called police to monitor the situation. The men were gone by 8 p.m., when the play started.

The final performances of “Unformed Consent” are on Wednesday and Thursday.

The theater company hasn’t experienced issues with protesters since Sunday, but Yorke said she’s prepared if they return. She’s sent warning emails to ticket-holders, let people know of a back entrance to the theater and recruited a few volunteer escorts to “be a buddy for somebody who doesn’t want to walk by those people alone.”

Otherwise, she said, reactions to the show have been positive. Tickets for the final two performances are available online for free – though the theater company suggests making a donation to its partner organizations, Women’s Medical Fund and Philadelphia Women’s Center.

York encourages those who oppose the play to come and see it.

“You’re entitled to your opinion, and we’re entitled to make art,” Yorke said. “People coming to see it who have a differing opinion will help the piece grow stronger.”