The suspect fled with an undisclosed amount of cash after holding up a Republic Bank branch on Walnut Street during daylight hours. 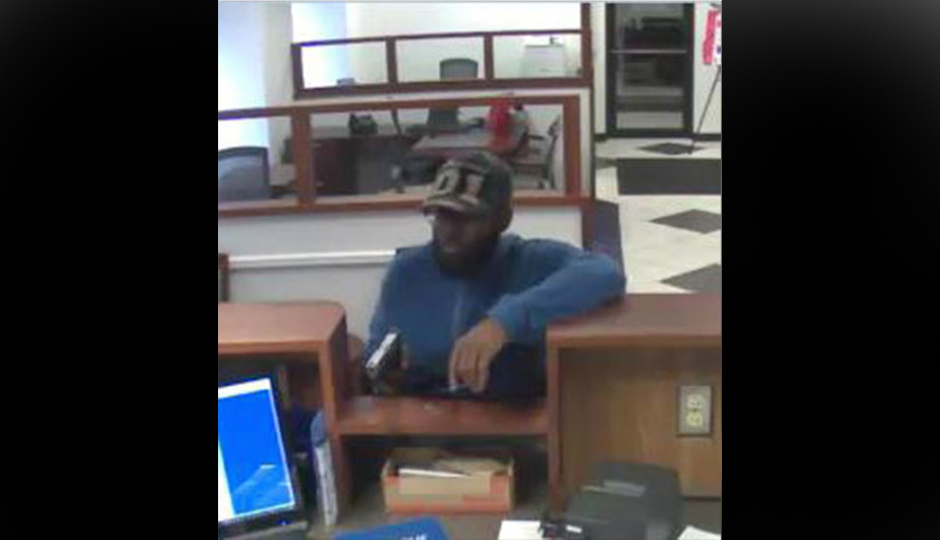 The FBI/Philadelphia Police Violent Crimes Task Force is asking for the public’s help in locating a suspect who robbed a Center City bank branch on Tuesday morning and escaped with an undisclosed amount of cash before authorities arrived on the scene.

The shocking robbery began just before 11:30 a.m. Tuesday when the suspect entered the Republic Bank at 1601 Walnut St. – right in the heart of Center City’s shopping district – and demanded cash from a terrified teller while brandishing a semi-automatic handgun, police say. The man, believed to be approximately 20-30 years old, put the money in a blue bag with white writing and then fled on foot down Walnut toward 15th Street.

Police have described the suspect as a black male of medium height with a thin build and a beard/mustache. During the robbery he was wearing eyeglasses, a blue hooded sweatshirt, gray pants and a baseball cap with “01” stamped across the front. He’s considered armed and dangerous. 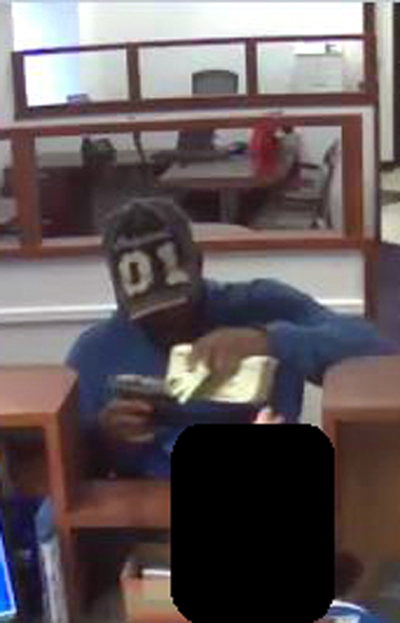 Anyone with knowledge of the suspect’s whereabouts is asked to call the FBI/PPD Violent Crimes Task Force at 215-418-4000. Tips can be anonymous, and there is a cash reward for information that directly leads to the suspect’s capture.