Owens: Despite its progressive claims, this city continues to foster some of the most disgusting forms of racism around. 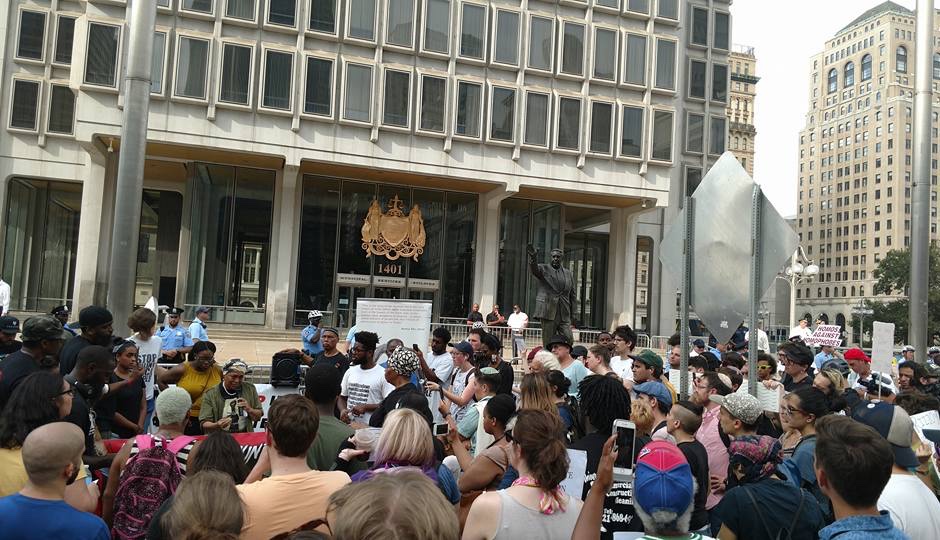 “Who is more racist: The North or the South?”

That is the age-old question I’m often asked when I tell people I moved to Philly from Texas. Initially, my answer was the South, easily. Philadelphia, with its majority Democratic political base and socially progressive laws, was a clear contrast to the land of statewide bans I grew up in.

But after seven years of residing in Philly, I can’t help but reflect on my grandmother’s long-held response to that question: “What’s worse: a town that can’t seem to get any better no how, or one that doesn’t get any better by choice?”

And it’s that line of thinking that has made me realize that Philly is one of the most unapologetically racist cities around.

Last week, as thousands hit the streets to declare that “Philly Is Charlottesville,” I stayed home unimpressed. After attending dozens of anti-racism rallies and demonstrations, it has become clear that Philadelphians would rather perform their acceptance of others in front of the national spotlight than actually implement it. For all of the talk of Philly not being a place of hate, it has long harbored exclusion and bigotry and reinforced them with its symbols and relics.

For one, this is the city whose government decided it was acceptable to drop a bomb on a black neighborhood in 1985 but still hasn’t achieved even a sliver of atonement by making its historical marker permanent. This is also the same city that has allowed mass gentrification to displace thousands of black residents from their homes over the decades to make way for predominantly white universities to expand.

It took local government more than 30 years to address acts of racial discrimination in its own LGBTQ backyard despite marketing itself as a safe space for all. We currently have a police union that endorsed Donald Trump for president despite making it a point not to endorse Romney or Obama in 2012. And while Mayor Jim Kenney has consistently defended the Black Lives Matter movement, he has backtracked on his campaign promise to end stop-and-frisk. Meanwhile, there have been more than 80 hate incidents reported in Philly, such as a noose being hung in Rittenhouse Square and another used to intimidate a black employee at a U.S. Mint facility here, since Trump’s election victory.

Overall, despite a large population and visibility in local government, black people are still hit the hardest by socioeconomic racial disparities. Pick a crisis — poverty, healthcare, unemployment, mass incarceration, education — and you will find that blacks in Philly are affected the most. For a city that prides itself on being the birthplace of democracy, its blatant inequality is stunning.

Even things that should almost be a no-brainer have now become a farce. After much talk across the country of removing racist symbols from public display, removing our city’s biggest downtown eyesore — the Frank Rizzo statue — has become the subject of unnecessary public debate. As black protesters, such as Philly for REAL Justice Coalition, reaffirm a call to action they started a year ago, some of our local media feel the need to wonder whether Rizzo was really all that racist. Yes, local reporters in predominately white newsrooms are now posing the question: Was Frank Rizzo racist, or just a product of his time?

Excuse me? Since when did racism have a timestamp? Just in case anyone is confused: Rizzo had a long history of espousing racism and homophobia that he leveraged in his role as a cop and later as a politician. There are plenty of historical documents, briefings, reports, and footage to confirm that Rizzo was beyond a product of his time, but an inflammatory bigot who made it a point to oppress marginalized Philadelphians. Anyone disputing those facts are either unaware that they exist or simply being a contrarian at the expense of disrespecting those who are afflicted.

The late, great poet Maya Angelou once said “When you know better, you do better.” Unfortunately, despite plenty of examples to learn from, Philadelphia continues to set itself against its own. Progressives in the South can blame stubborn conservative political gridlock and historically deep-seated cultural segregation — Philly can’t. Instead, it has to live with the fact that despite all of the diversity it flaunts, people here choose not to do better. No how.