The 32-year-old could embolden other opponents to campaign against Brady, the decades-long chair of the Democratic Party. 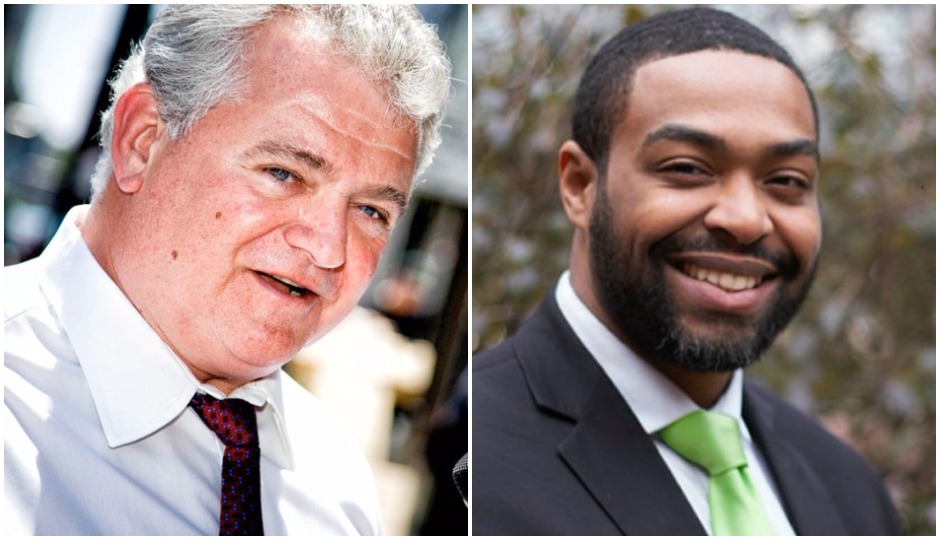 Omar Woodard, a millennial nonprofit director who has called for changes to Philadelphia’s Democratic machine, is considering a primary run against Congressman and longtime party leader Bob Brady.

Woodard, 32, worked as a campaign staffer for former President Barack Obama and state Sen. Tony Williams (during the 2015 mayoral race). He heads the Philly division of the GreenLight Fund, a venture capital firm that invests in nonprofits and other organizations working to combat poverty. Last year, he decided against running for the state Senate in order to take over the nonprofit.

A Woodard run would likely embolden other opponents to campaign against Brady and stir some much overdue competition amongst the city’s Democratic Party, which Brady has chaired for more than 30 years – and not without controversy. Over the past few years, Brady has seen a slew of the city’s Democrats succumb to investigations and prison sentences (see: Seth Williams or Chaka Fattah).

In late July, a former political aide to Brady’s 2012 primary opponent testified that Brady’s campaign paid the competitor $90,000 to drop out of the race. Neither Brady nor Municipal Court Judge Jimmie Moore, his then-opponent, have been charged, and their lawyers say they did nothing illegal, but the accusations are the subject of an ongoing federal investigation.

Brady, who is white, represents a majority-minority district. Just before Moore dropped out of the race in 2012, he criticized Brady’s support of gerrymandering that gave the party boss an edge by affording the 1st Congressional District a much whiter makeup.

“While the Democratic Party as a whole was the big loser in the redistricting process, you were among the biggest winners,” Moore, who some had dubbed “The Great Black Hope,” wrote in a letter to Brady in 2012. “For your part, you have acknowledged that you secured Democratic votes for the plan, despite it being so brazenly skewed in favor of the GOP.”

In a statement Wednesday, Woodard, who is also African-American, said “enough is enough.”

“If we want better government, we have to elect better leaders,” Woodard said. “I’ll make a decision in the next few weeks after talking with close friends and family.”

In an April Philadelphia magazine piece delving into Brady’s lengthy tenure and the city’s “thin bench” for Democrats, Holly Otterbein wrote that Woodard is one of several “who have bigger dreams for Philadelphia’s Democratic Party.”

“I don’t understand why committee people aren’t doing constituent services, and why ward leaders aren’t taking the pulse of their neighborhoods on key issues,” he says. “It seems to me to be an incredibly sad, wasted opportunity. We could literally be going door-to-door and really surveying what it is that people want from their representatives.”