The Driver of This SUV Explains What the Hell Happened Here

Her Monday was worse than yours. 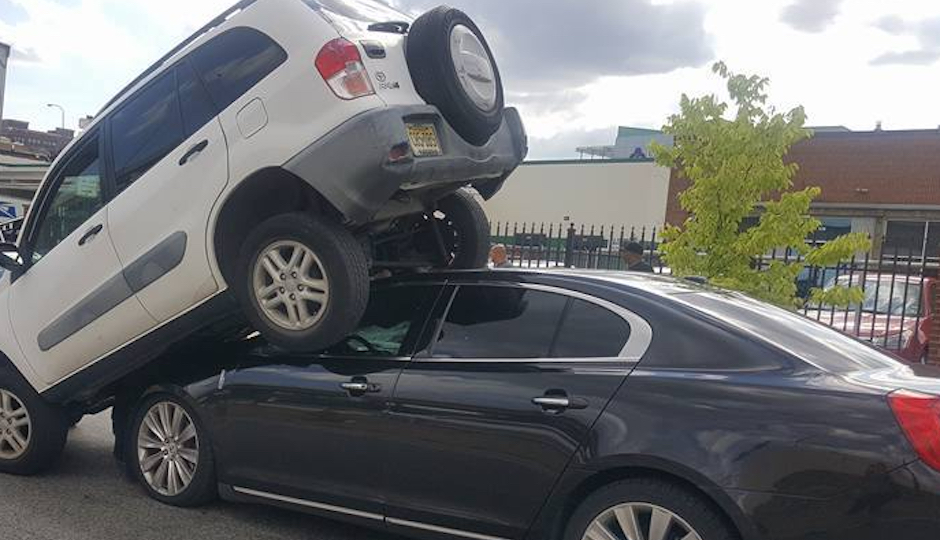 Old City resident Monique Mason was on her way to a massage and peppermint foot treatment in South Philly earlier this week when her afternoon veered off onto a decidedly less relaxing trajectory. 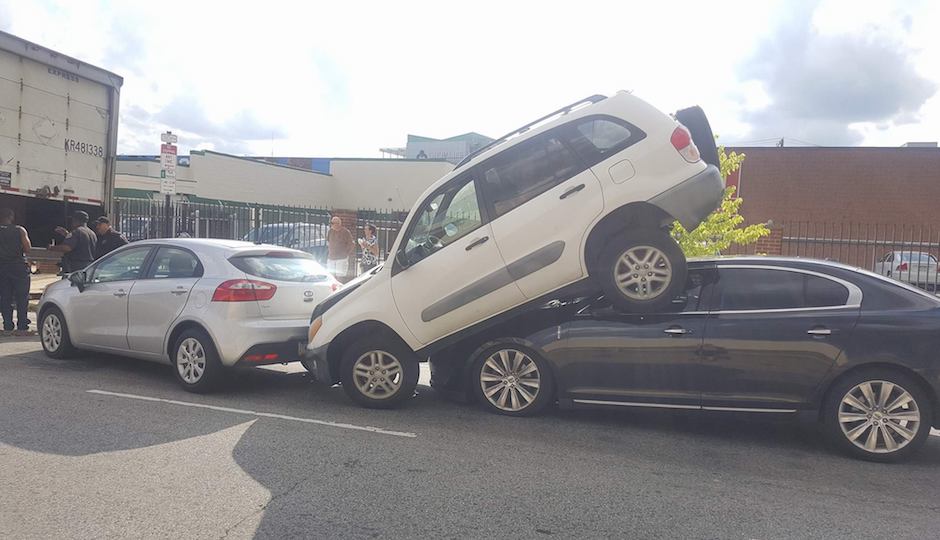 Mason, who owns MOKO Organic Beauty Studio on 3rd Street, had just left Northern Liberties on Monday afternoon around 4 p.m. After visiting Penn Herb and the Soy Cafe, she drove down 2nd Street and came to a red light at the corner of 2nd and Callowhill streets. That’s when things went haywire. 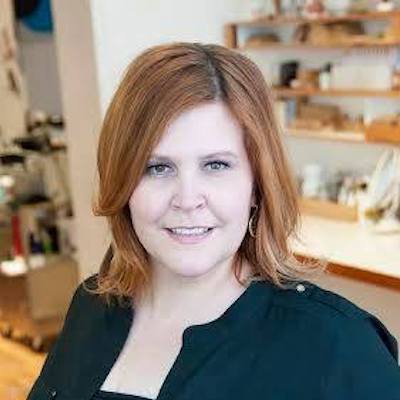 A Milan Express truck (it’s pronounced MY-lahn, not like the Italian city) was in the front of the line at the light, and there was a car in between Mason’s Toyota RAV4 and the big truck. According to Mason (pictured here) and a bystander, the Milan Express truck began reversing slowly, for whatever reason. Mason says that all of the drivers started laying on their horns immediately, but the driver kept reversing.

It all happened so quickly, she says, and before you knew it, the truck driver reversed into the car in front of Mason, which sent Mason’s car up into the air and onto the black car behind her. 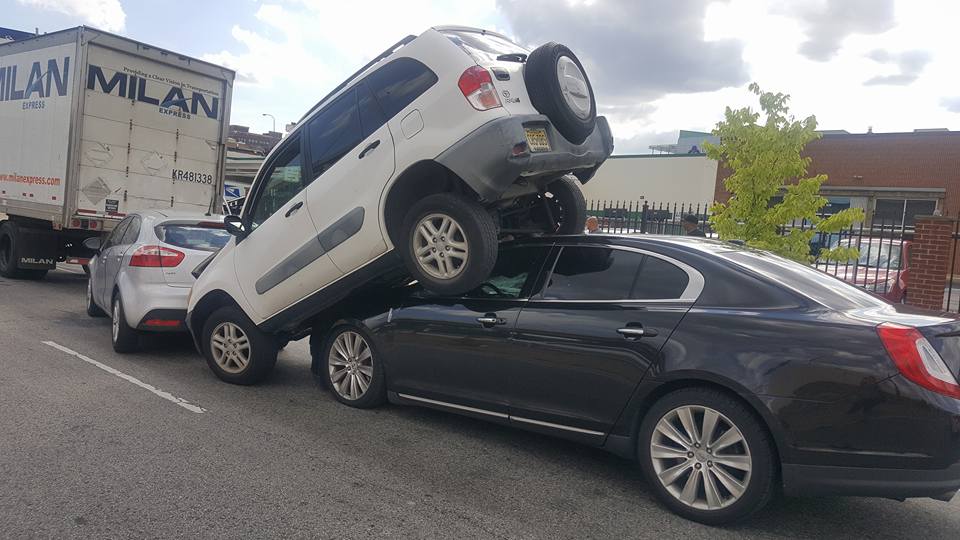 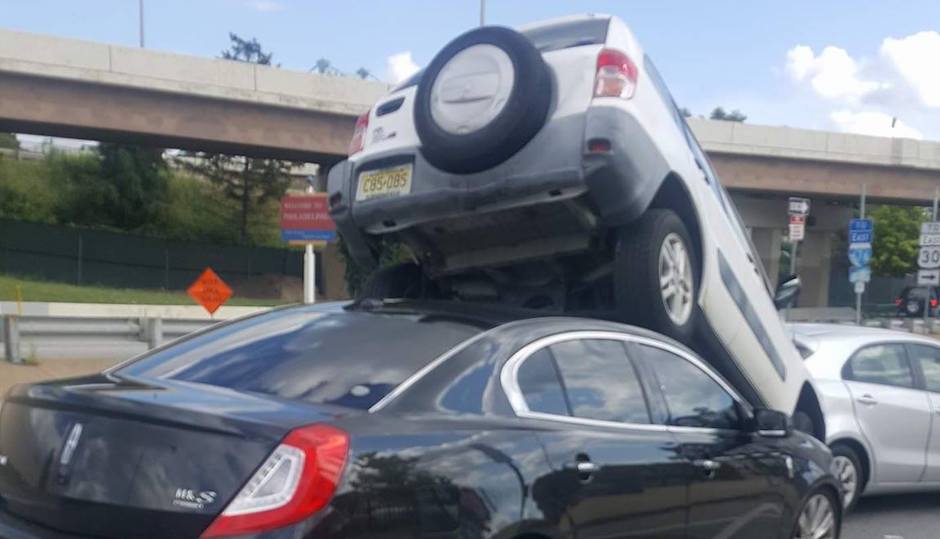 “We were all in shock,” Mason says. “The guy in front of me was able to get out, and the guy behind me climbed into the back of his car and got out the rear passenger side. I thought my car was going to flip or get crushed. In the end, two good Samaritans who were standing there helped me out of my car.”

Before the cops showed up, Mason and the other drivers confronted the guy in the truck.

“At first, he was stoic,” Mason says of the truck driver, whom she puts in his 20s. “But then he apologized. He said he just didn’t see us. Or hear us. I told him, ‘Maybe driving a truck isn’t for you?’”

Police have launched an accident investigation into the matter, and, naturally, the insurance companies have gotten involved. Milan Express didn’t immediately return a call seeking comment on the incident.