What’s the cheesesteak magnate been up to lately? Busy working to humanize the victims of heroin addiction. 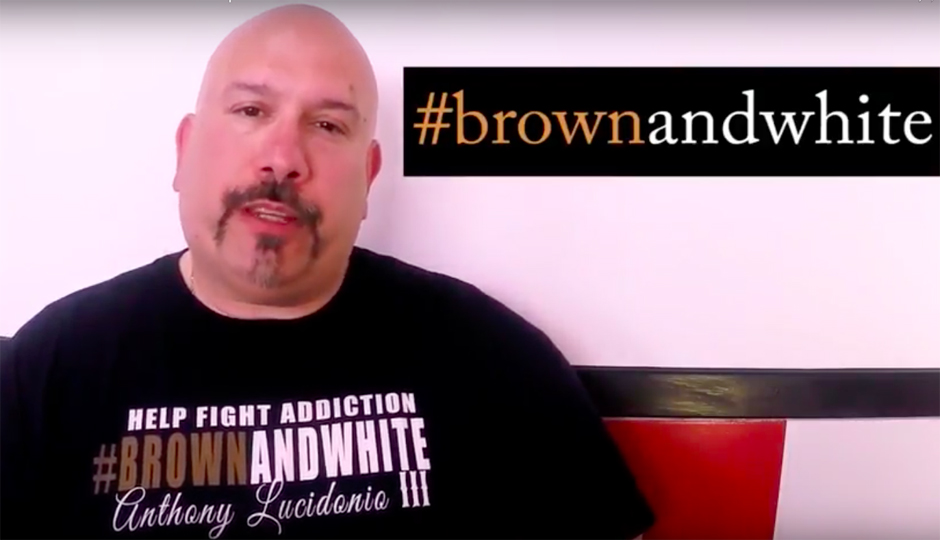 Tony Luke Jr. is blown away by all of the support he’s received for his new #BrownAndWhite initiative, which is looking to change the narrative about heroin addiction by sharing a different perspective in regards to its victims.

“I’ve been overwhelmed by the amount of people who have taken to the movement, not just in Philadelphia, but around the country,” the cheesesteak magnate and media personality said in a release. “I’m hearing from people in Colorado, Georgia, Massachusetts, New York City… They all want to know how they can help move this forward to end the stigma associated with addiction.”

Lately Tony’s been busy promoting his social media movement, which is simply just an awareness campaign, in speeches locally and now in a new PSA ad released on Thursday:

Luke started #BrownAndWhite following the sudden death of his oldest son, Tony III, in late March. It was during this dark time in his life that Tony – who’s had his own struggles with addiction – noticed that society tends to treat victims of heroin overdoses as people whose moral shortcomings led to their deaths, rather than any potential medical or psychological conditions.

One of Luke’s ideas to honor those who died is to ask that their surviving family members wear a homemade bracelet or ribbon in their honor. The initiative’s title comes from the two colors of heroin.

“#BrownAndWhite is a movement. It’s not my movement, it’s OUR movement. We all share in this struggle,” Luke says in the PSA.