Hot embers, flying debris, and lots and lots of smoke. 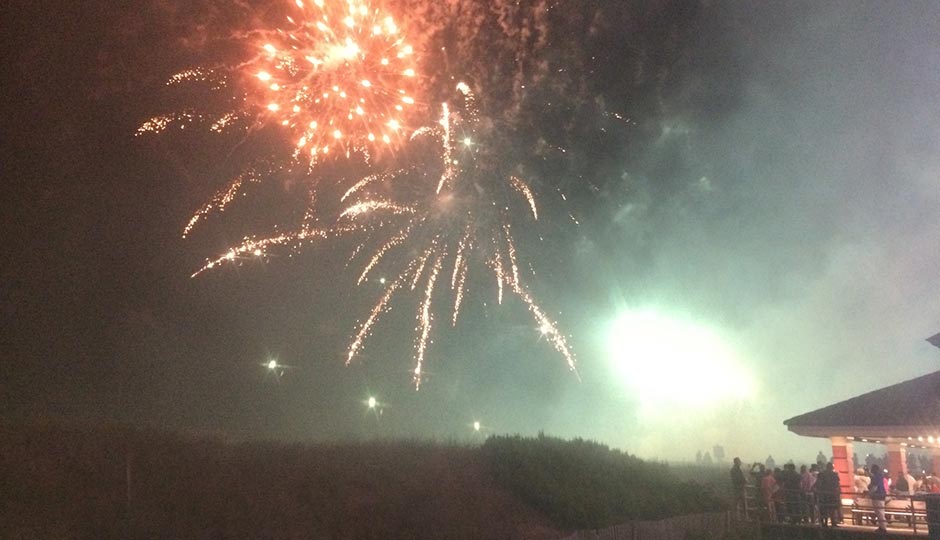 I’ve been to my fair share of fireworks displays. In addition to the usual holiday fireworks, I’ve seen fireworks at Phillies games, fireworks with Tchaikovsky at the Mann Center, the annual international fireworks competition in Montreal, backyard fireworks growing up in South Jersey. But last Saturday night’s fireworks in Atlantic City were the most … unusual that I’ve experienced. And in this case, that’s not a good thing.

While my family and a couple of friends were gorging on crabs and red mussels at Chickie’s & Pete’s inside the Tropicana, our waitress told us that our window seat overlooking the boardwalk would provide us with the best possible view of the 10 p.m. fireworks.

Pffffft, I thought. Who the heck watches fireworks from inside a restaurant?

As it neared 10 p.m., we settled our check and ventured out onto the boardwalk in front of Tropicana. The casino presents a fireworks display every Saturday night during high season, as it has done for the last three years.

Shortly after the show began, we all noticed lots of hot embers falling onto the dunes. An Atlantic City fireman walked around on the dunes, stomping them out.

“That doesn’t seem very safe,” I told one of my friends, who concurred.

As the fireworks display continued, we got pelted with all sorts of debris, which wound up in our hair and all over our clothes. A piece even landed in my friend’s eye, which continued to be irritated on Sunday.

Some people in attendance moved to the rear of the boardwalk, farther away from the launch site on the beach, but the particles, smoke, and debris continued to fill the air no matter which way you walked. I watched as others swatted pieces out of their hair. Something a little hot landed on my face. I was very glad that I was wearing my glasses.

It all just seemed very odd. I didn’t want to overreact, but the fact is that fireworks are dangerous, causing close to 10,000 injuries and 20,000 fires in the United States each year.

Are all of the Saturday fireworks in Atlantic City like this, or did I just happen to attend a more, er, exciting one?

I reached out to the company behind the fireworks display as well as Atlantic City’s City Hall, but no one got back to me.

The Tropicana was quick to respond, though.

“Thank you for bringing this matter to our attention,” said the Tropicana in a statement. “We have presented the firework display at Tropicana now for the past three years and we have never had any such incidents. Tropicana, of course, takes the safety of our guests very seriously and we are currently looking into this matter.”

We’ll be sure to update you when they get back to us. In the meantime, maybe stick to the table at Chickie’s & Pete’s.