Libre's Law was named after a Boston Terrier found at a Lancaster County breeding facility just hours from death. 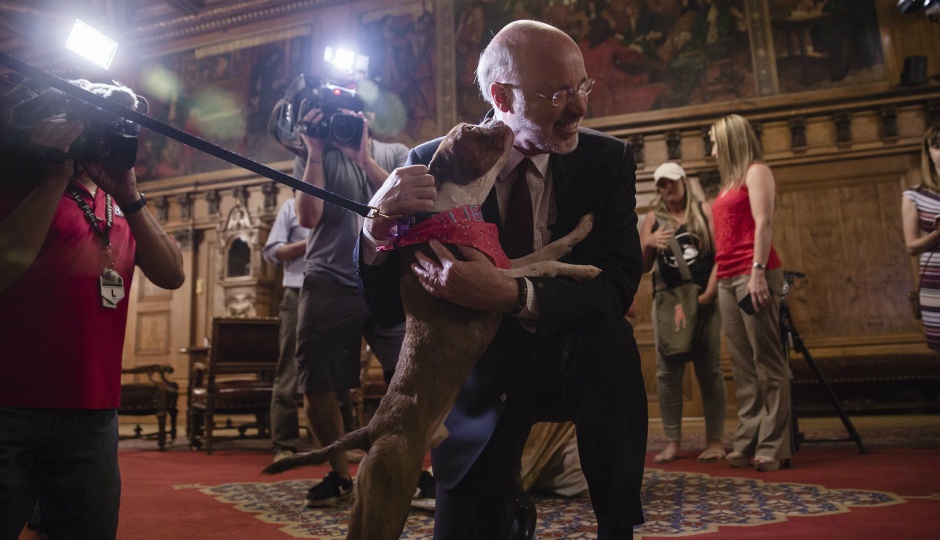 Pennsylvania is strengthening its laws against animal cruelty.

Gov. Tom Wolf will sign legislation passed unanimously by the state Senate yesterday that will increase penalties for animal cruelty and neglect.

The bill, called Libre’s Law, will establish grades of violations up to a felony for those found guilty of intentionally torturing neglecting an animal to the point of severe injury or death. Pennsylvania is one of only three states that does not have a felony statute for severe animal abuse.

“I applaud the sponsors and advocates who have fought for too long to improve Pennsylvania’s protections for animals,” Wolf said in a statement yesterday. “We are long overdue to join the rest of the country in having higher standards of care for our pets and other animals.”

Libre’s Law is named after a Boston Terrier who was found in critical condition in a Lancaster County dog breeding facility last year. Veterinarians at the Dillsburg Veterinary Center, where Libre recovered, said he was just hours from death when he was rescued.

The bill will establish that a person can be convicted of felony of the third degree if “he for amusement or gain, causes, allows or permits any animal to engage in animal fighting … owns, possesses, keeps, trains, promotes, purchases, steals or acquires in any manner or knowingly sells any animal for fighting.”

It also subjects dog owners to punishment if they leave their dog tethered for longer than 30 minutes in extreme temperatures.