The 76-year-old man succumbed to his injuries late last night. 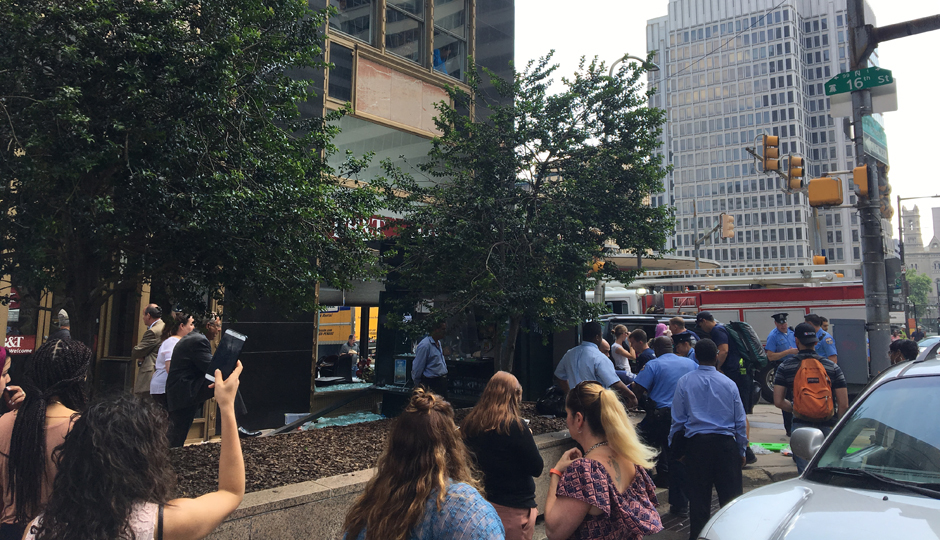 A pedestrian who was injured by a minivan that jumped a curb in Center City on Tuesday has died.

The incident occurred near the intersection of 16th Street and JFK Boulevard around 11:43 a.m. Tuesday. Police say an accident at the crossroads forced the minivan over the curb, where it crashed into a newsstand that then hit two people on the sidewalk.

The two pedestrians, a 38-year-old man and a 76-year-old man, were taken to Hahnemann University Hospital. Police said this morning that the 76-year-old succumbed to his injuries late last night. His name has not yet been released.

No charges have been filed in the incident.