The Best Thing That Happened This Week: The Phillies Got Streaky 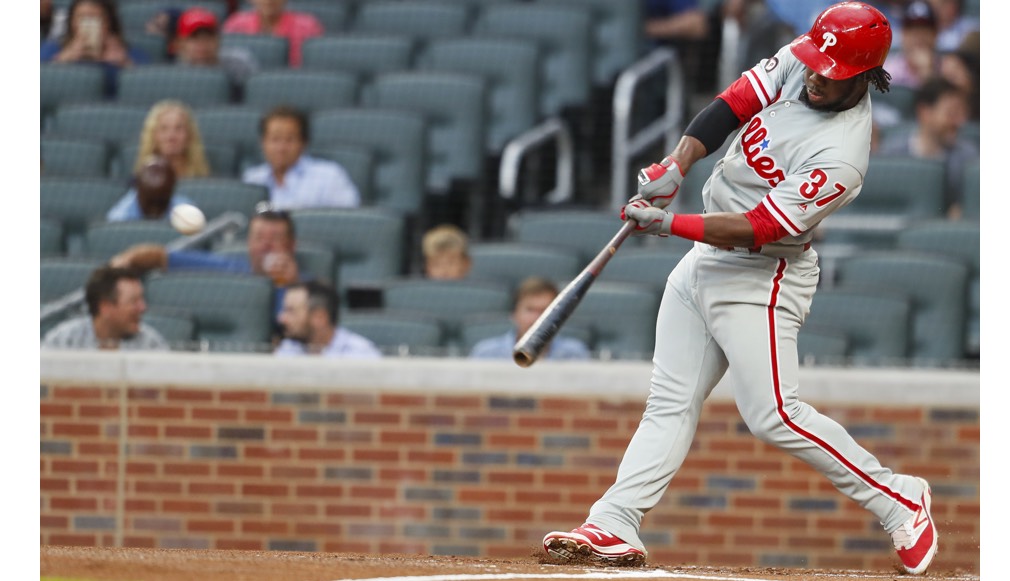 Odubel Herrera hits a double in the first inning against the Atlanta Braves, Wednesday, June 7, 2017, in Atlanta. (AP Photo/Todd Kirkland)

Let’s put May to rest, shall we? The Phils, who’d shown brief signs of hope in April (there was that six-game run), had an absolutely gruesome follow-up month, losing 22 games while winning only six through a long, gray May. When June kicked off with a brutal 10-0 beatdown by the Giants, fans sighed in resigned misery. But! Last Saturday kicked off a string of four wins in a row, two over those same Giants. On Tuesday, Aaron Nola became the first Phillies starter to reach the eighth inning in 68 straight games, dating back to last September. (Yay!) Howie Kendrick’s bat caught fire. Maikel Franco’s did, too. (Or rather, the one he borrowed from Freddy Galvis did.) And Odubel Herrera brushed off Mike Schmidt’s idiotic diss of his leadership potential to extend his string of multiple extra-base-hit games by hitting two more doubles on Wednesday, when the winning streak came to an end. Still! He smacked another two-baser on Thursday, giving him the lead league in the category, and became just the third Phillie ever (the others: Bobby Abreu in 2000 and Heinie Sand in 1925) to double in six straight games. Creemos!