Mike Schmidt Called Odubel Herrera to Apologize for His Comments

The Phillies legend said the team couldn’t build around Herrera due to “a language barrier.” 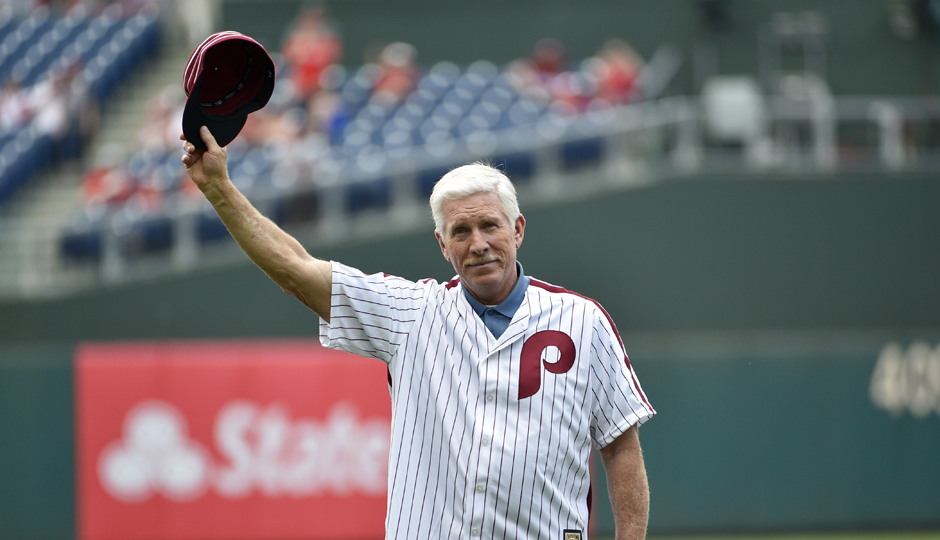 After causing a bit of a stir on Tuesday with his comments on the airwaves of WIP, Mike Schmidt called Odubel Herrera to apologize for the answer the Phillies icon gave to host Angelo Cataldi when asked whether the team could build around its current centerfielder, CSNPhilly reported.

“My honest answer to that would be no,” Schmidt replied to Cataldi. “First of all, it’s a language barrier. Because of that, I think he can’t be a guy that would sort of sit in a circle with four, five American players and talk about the game; or try and learn about the game or discuss the inner workings of the game; or come over to a guy and say, ‘Man, you gotta run that ball out.’”

With shortstop Freddy Galvis by his side serving as interpreter, Herrera forgave Schmidt when he called the Phillies clubhouse while respectfully disagreeing with his opinion. (The team is currently on the road in Atlanta.)

Schmidt released a statement during the afternoon when word got back to him that his quotes were being perceived as in poor taste, and Phillies manager (for now) Pete Mackanin came to his onetime brief teammate’s defense after some were interpreting Schmitty’s response as being motivated by a perceived racial bias.

Pete Mackanin: "By no way is Mike [Schmidt] a racist. Language has something to do with it, but Odubel shows everybody how to work."

While the comments certainly speak to Schmidt’s more narrow, old-school way of thinking, they aren’t racist. The basis for his opinion on Herrera as a player is rooted in skill and leadership potential. Odubel isn’t really swinging the bat well this season (although he’s stepped it up so far this month) and in Schmitty’s mind the language barrier is an obstacle for him to receive guidance. To the Hall of Famer, that barrier also precludes Herrera from settling into a more vocal role on the team.

That of course isn’t true considering how the game is now bilingual. Sure, Herrera is one case of a player who speaks solely Spanish while playing on an American team, but there are always players like Galvis who are willing to help translate. Hell, Mackanin himself speaks both English and Spanish!

It is true, however, that the language barrier would prevent Herrera from taking on the prototypical type of leadership role expected of one of the team’s better players. But Odubel doesn’t need to be Darren Daulton or Jimmy Rollins in the clubhouse. Some players lead by example and don’t say much regardless of what language they speak.

So don’t be too hard on Schmitty. His comments were a little off base, but there wasn’t malice behind them. Maybe this will inspire Odubel to seek out Schmidt’s advice on hitting if he wasn’t doing so already. He is the “all-time leading home run hitter for white guys” after all.