Is It Time for Larry Bowa to Manage the Phillies Again?

With the team floundering as its youngsters underachieve under manager Pete Mackanin, could the fiery Bowa be the solution? 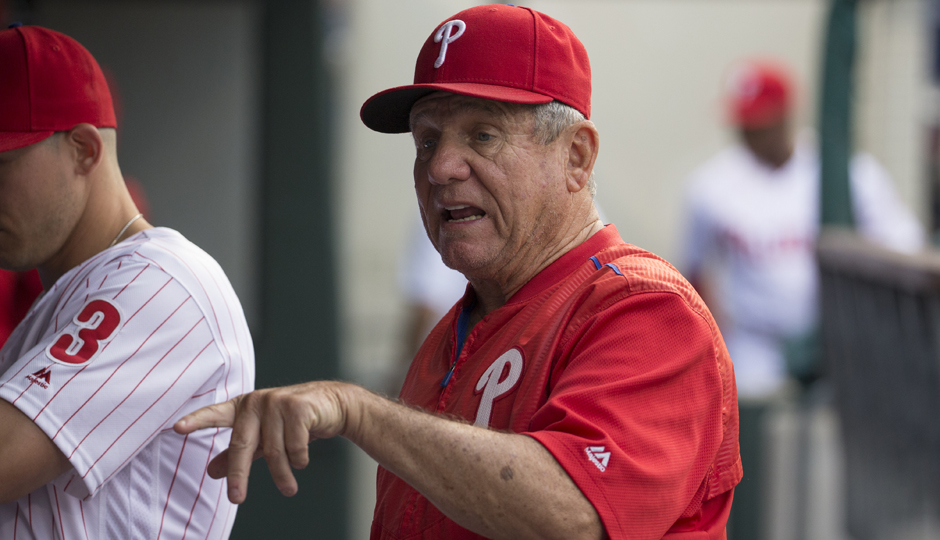 What’s the one thing everybody seems to say about Phillies manager Pete Mackanin? Oh right, he’s a nice guy. How could I forget?

That’s great for Pete, but nice guys finish last — and apparently their baseball teams do too. Back in the day, feisty managers with hair-trigger tempers were the norm in baseball. (All sports, really.) They got under their players’ collective skin and produced results because the guys on the field wanted to win in spite of that rat bastard penciling in the lineup card – not for him.

As the years went on, this style of coaching became less en vogue, with front-office executives opting instead to trust that a “player’s manager” (i.e. a nice guy) would get the most out of their team with soothing tones rather than the more gruff leaders of the past. Those old-school managers never truly went away, carving out more useful roles as the wily bench coach who can press a player’s buttons as needed.

Remember the last time the Phillies were in the middle of a rebuild? It was during the early- to mid-2000s and legendary shortstop Larry Bowa was back in Philadelphia as manager. Bowa was known for his intensity as a player, and that passion carried over to his time leading the Phils until he was fired just two games before the end of the 2004 season.

Sure, Bowa ruffled a few feathers and chased Scott Rolen out of town while he was the manager here, but he also lit a fire under young players like Jimmy Rollins, Chase Utley, and Pat Burrell. Those guys all went on to help lead the Phillies to their World Series title in 2008 — the first since Bowa himself hit .375 in the 1980 Fall Classic.

Mackanin has a thankless job at the moment. He was never expected to lead the Phillies to prominence after assuming the manager’s title in 2015, but he kept getting his contract renewed as the franchise’s rebuild continued to chug along. A lot was said about how Pete had the locker room in his corner. How his experience with the Spanish language was perfect for this evolving Phillies team and how his temperament was ideal for managing in Philadelphia. The results just aren’t there.

The Phillies are baseball’s clear cellar-dwellers at this juncture of the season. The last time their record was this bad after 50 games was in 1945. That ’45 team was so pitiful that ownership even tried (and failed) to get fans to start calling them the Blue Jays instead of the Phillies – a name that had become synonymous with losing.

I hate to break it to you, but we aren’t that far off now, guys. What happened to all of our young talent that gave us so much optimism a year or two ago? They have all underachieved and don’t seem capable of making the necessary adjustments – without the right kind of help, that is.

It’s time for a change. The Phillies have lost ten straight series for the first time since 1997. We need Bowa and his infamous rage back at the helm. He’s mellowed a bit since he was last manager, and his serving as bench coach for the past few seasons should only help the Phils with this transition.

Bowa’s past teams underachieved in their own right, but he did win National League Manager of the Year in 2001. I’m not saying that Bowa would necessarily be the manager who brings us back to the World Series, but he at least could provide the spark the Phillies need to remain on course. We’re already an embarrassment — what’s the worst that could happen?