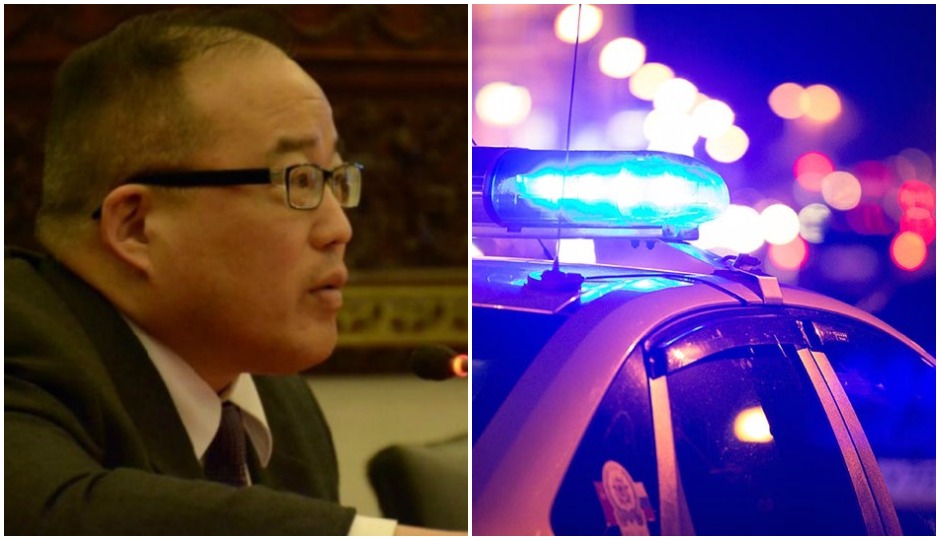 City Councilman at-large David Oh remains in critical but stable condition after he was stabbed near his home of 54 years in Southwest Philadelphia last night.

Police said Oh, 57, was unloading his car on the 5800 block of Thomas Avenue in Kingsessing around 10 p.m. last night when a man approached him and pulled out a knife, then demanded that Oh give him his car keys before stabbing Oh on the left side of his torso.

Oh’s wife, Heesun Oh, found her husband on the ground outside and dialed 911, according to police. Oh was rushed to Penn Presbyterian Medical Center, where he underwent surgery and is expected to make a recovery.

In a statement, Oh’s office said the councilman “thanks the medical staff, his Council and City colleagues, and the community for their prayers and support, and he looks forward to getting back to City Hall to serve Philadelphia.”

Authorities are still searching for the suspect, who is described as an African-American man in his mid-20s with a beard, wearing a dark shirt with white letters and dark pants. He was last seen running west on Thomas Avenue toward Cobbs Creek Parkway.

Investigators are reviewing surveillance footage and speaking with witnesses of the stabbing and attempted robbery. Police said they do not believe the incident was related to Oh’s City Council position. Anyone with information is asked to call 911.

Several city officials and politicians have expressed their sympathy for Oh, a Republican father of four who became the first Asian American elected to political office in Philadelphia in 2011.

Violence on our streets is always tragic. When it happens near our homes – where we should feel safe – it's all the more devastating.

This is truly awful news. Wishing a speedy recovery to Councilman @DavidOhPhilly https://t.co/RgE6kehUsf

We are aware of reports regarding an attack on Councilman Oh. Waiting for more information. Please keep him and his family in your thoughts.

Prayers for Councilman David Oh and his family.

I am proud to call Councilman @DavidOhPhilly a friend. I am praying for him and his family tonight and hope he makes a full recovery. https://t.co/RuBh6JUfdV

I can't believe this happened. Sending thoughts and prayers to my colleague @DavidOhPhilly https://t.co/zPH5x9goXV

Sending my prayers to Councilman David Oh and family.