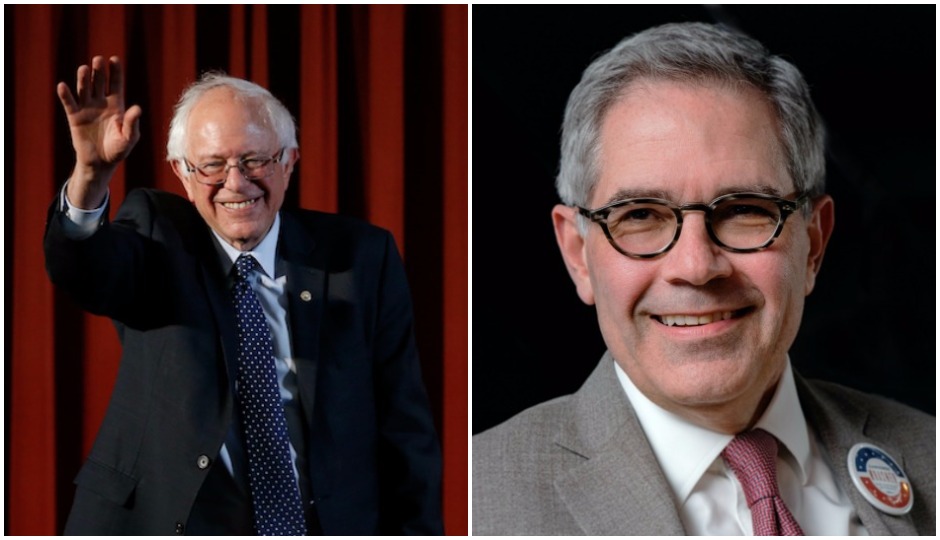 Philly progressives have been on cloud nine since the city chose civil rights lawyer Larry Krasner as its Democratic district attorney candidate.

Apparently, Vermont Sen. Bernie Sanders has been too. Today, Sanders congratulated Krasner on his win.

“At a time when Attorney General [Jeff] Sessions is pushing the Department of Justice to restart the failed ‘War on Drugs,’ it is refreshing to see voters choose a prosecutor who wants to treat addiction as an illness, not a crime, and move to end mass incarceration,” Sanders said, according to The Huffington Post. “Krasner’s primary victory is an important step forward in the fight to reform a very broken criminal justice system.”

The congratulations shouldn’t come as a major surprise – Krasner was backed by Our Revolution, a political organization with strong ties to Sanders. The Philly DA candidate likely drew primary support from many of the same people who voted for Sanders in the presidential election.

In fact, Krasner recently said he believes that had Sanders won the Democratic nominee last year, Donald Trump would probably not be our president.

Larry Krasner's closing argument in the Philly DA race is that Bernie Would Have Won https://t.co/BUGoqcIBhl pic.twitter.com/LMgXMNq0Ns

It’s interesting, considering the Trump resistance was likely one of many factors that pushed Krasner’s anti-death penalty, anti-cash bail campaign to success.