Richard Basciano, Owner of Building That Collapsed on Market Street, Dies at 91

Basciano was found liable for the 2013 incident, which occurred when his building fell and crushed a Salvation Army store, killing seven and injuring 12. 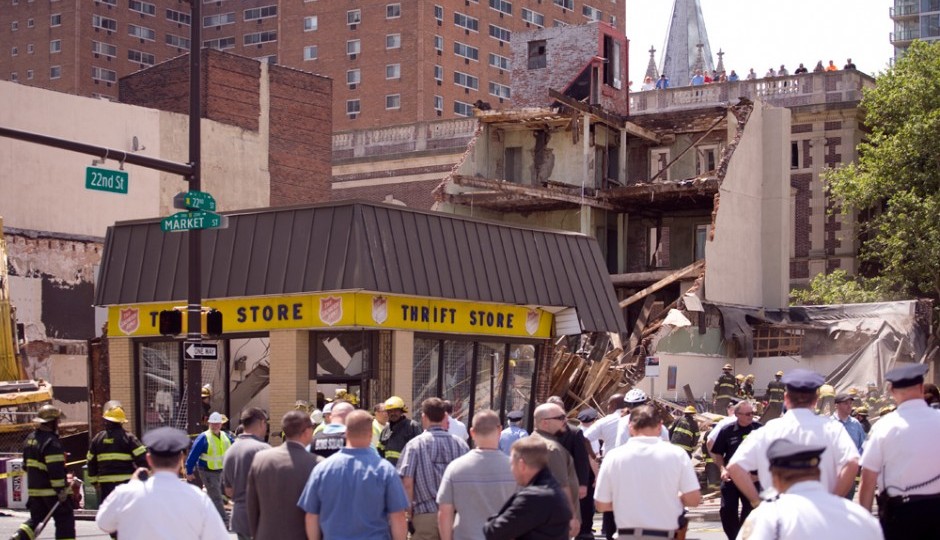 Richard Basciano, who owned the building that collapsed on Market Street in 2013, died Monday night in New York City. He was 91 years old.

Basciano’s name became synonymous with the fatal incident, which occurred on June 5th when his half-demolished property fell and crushed a Salvation Army store, killing seven and leaving 12 injured.

Earlier this year, Basciano was found liable for the collapse, as was the Salvation Army, Plato A. Marinakos Jr., the demolition monitor, Griffin Campbell, whom Marinakos had hired, and excavator operator Sean Benschop. Basciano was ordered to pay roughly $27 million of the $227 million settlement – the largest personal injury settlement in Pennsylvania state court history, a lawyer for the plaintiffs said in February.

Basciano had reportedly been in poor health throughout the past year. Richard Sprague, Basciano’s lawyer, told the Inquirer that Basciano’s “concern about the accident and those killed and seriously injured weighed upon him very much, and no doubt took a toll on his health.”

Basciano, who spent most of his time in New York, was also known for …other things. For years, he ran a slew of adult theaters and bookstores in both New York and Philly – the New York Times once called him the “emperor of Times Square smut.”

Basciano also owned several other rundown buildings on Market Street between 21st and 23rd streets. He was in the process of demolishing those properties (including the collapsed Hoagie City building) to make way for residential and commercial space when the devastating collapse occurred.