From Jim Kenney to Brian Roberts: What Philly’s Biggest Names Make Each Year

In case there was ever any doubt, yes, it pays to be a union boss in this town. Here’s a look at the annual compensation (including, in some cases, bonuses and perks) of other Philly bosses, ballers, players — and a few regular Joes. 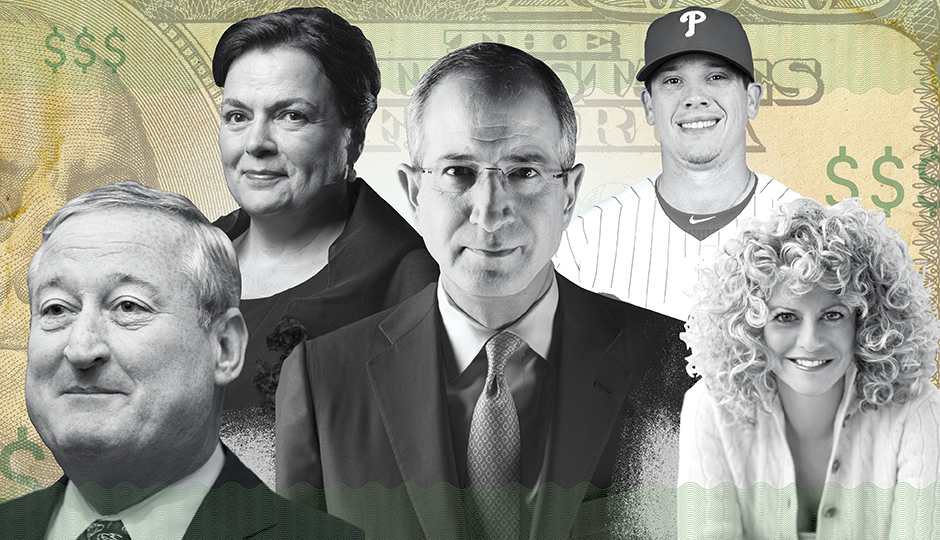 Bill Marrazzo, CEO, WHYY, $703,718
Marrazzo is among the highest-paid public broadcasting CEOs in the entire country.

Thomas Spray, Chief of the Division of Cardiothoracic Surgery, Children’s Hospital of Philadelphia, $8,376,430
A helluva lot of money, but he performs heart surgery on babies and saves their lives on a regular basis.

Martin Hamann, Executive chef, the Union League, $450,050
We’re pretty sure this makes him the best-paid chef in Philly.

Jason Peters, Eagles left tackle, $11 million
Though Peters was recently asked to take a pay cut, this is what he earned last year. Meanwhile, quarterback Carson Wentz took home about $5 million for his first season.

Anthony Clark, City commissioner chairman, City of Philadelphia, $138,889
Not bad for a guy who seems to have trouble showing up for work.

Jim Kenney, Mayor, City of Philadelphia, $218,000
One of the nation’s five highest-paid mayors.

Correctional Officer, Highest-Paid, City of Philadelphia, $139,201
Base salary is $47,196; the difference is overtime.

*Many salaries are based on the most recent SEC filings, form 990s and published reports available at press time; some CEO salaries include forms of compensation other than salary, such as stock awards and bonuses.