The 30 Top-Paying Jobs in Philadelphia Earning Over $100K

Plus: the jobs of the future, Philly's most popular gigs and more on the state of our salaries. 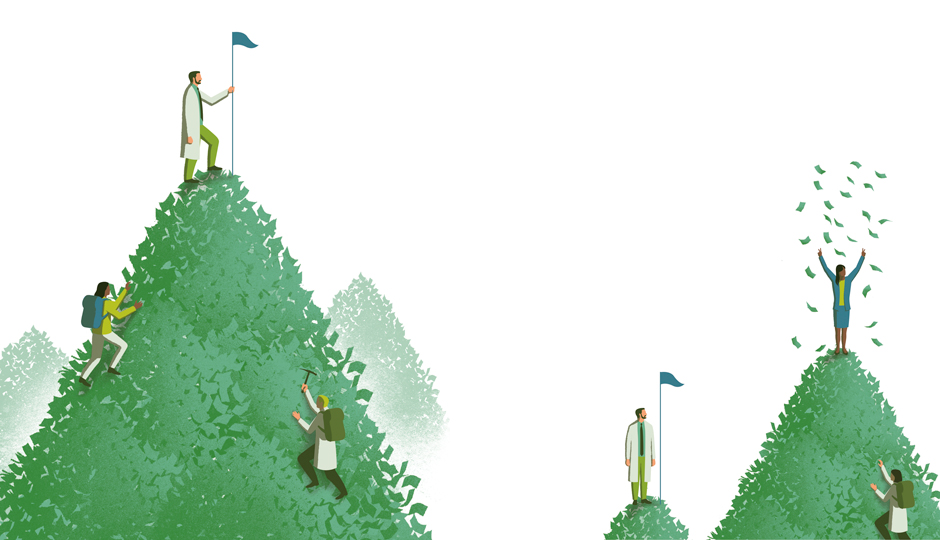 What are the best-paying jobs in the Philly region right now? Exactly how much are lawyers raking in these days? Your kid’s orthodontist? Your CEO? Who’s due for a raise, what’s the common man making, and what jobs will be worth the most in the next decade? Here, answers to those questions … and more.

1. Anesthesiologists: $268,920
Medicine in general is a good bet as far as salaries go. Ten of the 20 highest-paying jobs in the region in 2016 were in the medical field. (That’s not counting dentistry, which also makes a showing.) The breakdown, at a glance:

3. CEOs $225,090
Of course, this is chump change compared to what some CEOs in Philadelphia make.

5. Natural sciences managers: $167,430
The higher-ups in pharmaceutical and science firms do well, but this category also includes management jobs in math, statistics, and research and development in the sciences.

6. Financial managers: $159,380
Our region is the fifth-top-paying metro area in the nation for these jobs, which include everything from securities and commodity contracts intermediation ($191,180) to agents for artists and athletes ($186,550).

29. Education administration, postsecondary: $114,960
One notable outlier: Penn prez Amy Gutmann pulled in $3,333,878 in salary for the 2014/’15 school year — she’s the second-highest-paid president of an Ivy League school, after Columbia’s prez.

*Salaries are the mean annual wage.

The Most Common Jobs in Philadelphia

A ranking of popular local professions … and what they pay.

The Jobs of the Future

Jobs expert Judith M. Von Seldeneck — chairman of Diversified Search executive search firm — predicts where the demand (and cash) will be over the next decade.

1. Financial Services and Insurance
“Generally, professional and business services jobs have shown the most growth in the region over the past five years, and health and education have shown the second-highest growth, so it would be likely this trend would continue, specifically in several industry areas. I think there will be demand for informatics and big-data analysts, actuaries and Medicare consultants on the insurance side of health care, due to the increased changes in health care and our aging population.”

2. Health Care
“According to [consulting firm] McKinsey, the majority of private-equity investment in the health-care sector is in technology. As a result, there will be major innovation in the sector, and this region is really a health-care hub. Also, no matter what ultimately happens to the Affordable Care Act, there is truth in the old axiom that wherever turmoil and change occur, there are opportunities — particularly for organizations that must change the way they reach their audiences.We’ll likely see an increase in demand for chief marketing officers in all health-care sectors. And with the bulk of the baby boomers still under 65, services related to serving an aging population are also going to be big growth centers: physical rehab, pharmacists, nursing. Home health care will be one of the fastest-growing areas.”

3. Technology
“With the growth in technology, which shows no signs of abating, will come parallel growth in technology support — most specifically in the growing field of cybersecurity. There is no company in this region that does not need cybersecurity, and good cyber-security. The need is only going to grow as hackers develop more and more sophisticated methods of attack.”

Data for jobs and mean annual wages comes from the U.S. Bureau of Labor Statistics 2016 report. The region is defined as the following counties: Philadelphia, Bucks, Chester, Montgomery and Delaware, as well as Burlington, Camden, Gloucester and Salem counties in New Jersey and Cecil and New Castle counties in Delaware.

Published as “The State of Our Salaries” in the April 2017 issue of Philadelphia magazine.