John McNesby told the Inquirer he was "summoned" to the White House to discuss issues like sanctuary cities and gun violence. 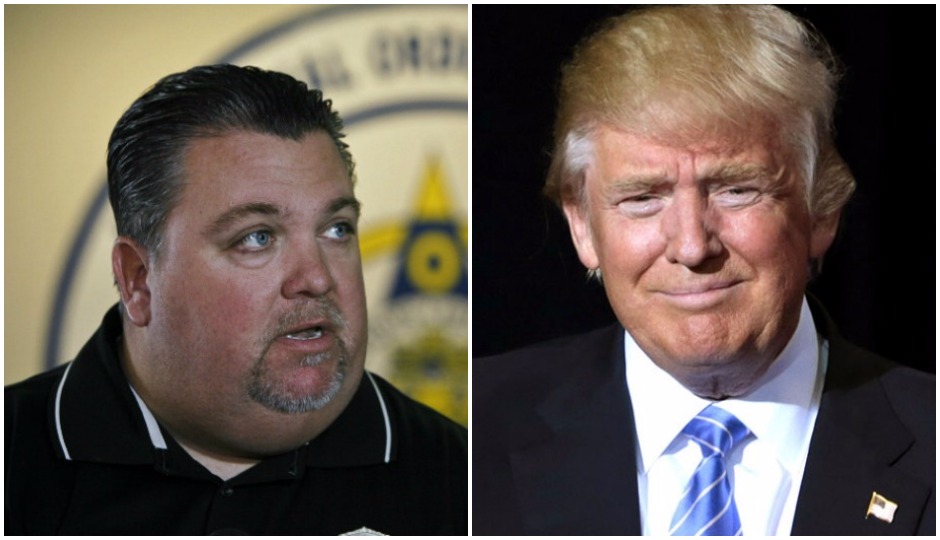 Also in attendance at the meeting, which Trump called a “listening session,” were Vice President Mike Pence and other FOP leaders, including presidents of the union’s Chicago and national lodges, according to Philly.com.

McNesby reportedly said much of the meeting focused on so-called sanctuary cities — like Philadelphia — as well as gun violence and the opioid epidemic.

It was an honor to welcome @GLFOP to the @WhiteHouse today with @VP Pence & Attorney General Sessions. THANK YOU for all you do 24/7/365! pic.twitter.com/UOKsiqMpsx

Met with @POTUS & @GLFOP at the @WhiteHouse about the need to address violent crime in our cities & protect our police officers. pic.twitter.com/7XXG9p2u3n

Last month, McNesby questioned the president’s relationship with police in an interview with the Inquirer. “On the law enforcement side, everybody is clapping and waving the flag and banging the chest because Donald Trump is president,” he told the newspaper. “He says all these great things, but when he sits at the table, it’s a whole different story.”

Yesterday, McNesby told the newspaper that he believes that his “message got through” and was the reason why he was “summoned to the White House.”

Apparently nothing concrete came out of the meeting.