That's about double what excavators predicted last week, when construction workers discovered the first set of coffins from the 1700s. 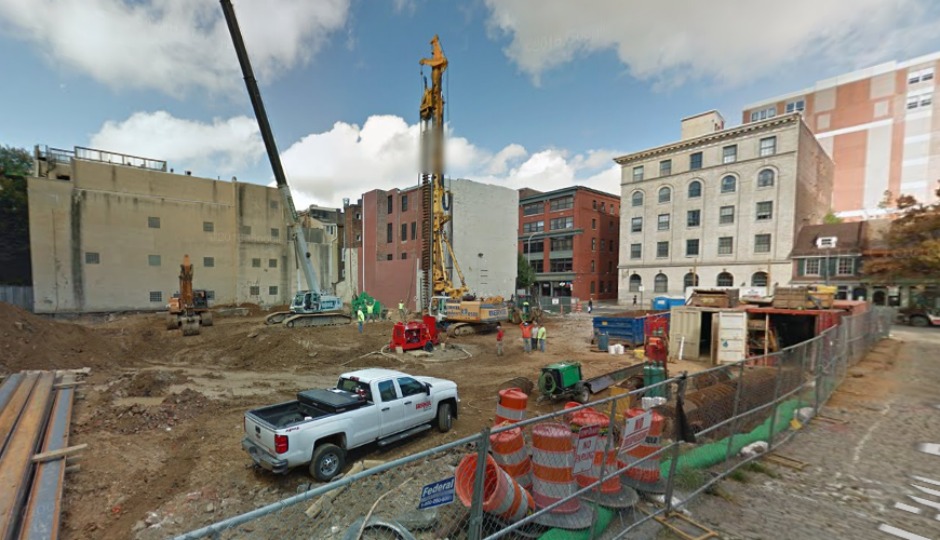 More than 100 bodies have reportedly been excavated from an Old City construction site where workers first unearthed a coffin last week.

The construction site, soon to be developed into a new apartment complex by PMC Property Group, is located at 218 Arch St. You might recall that last week a construction worker threw a dirt ball at a reporter who was broadcasting the scene on Facebook Live.

CBS3 reports that a team of archaeologists have dug up more than 70 coffins and approximately 200 remains, which date all the way back to the early 1700s. PMC Property Group gave the excavators until this week to unearth the bodies – and luckily, progress wrapped up just before Winter Storm Stella hit the city.

According to the Inquirer, the volunteer anthropologists who assisted in excavating the graves said the findings were leftover from the 310-year-old First Baptist Church burial ground located between 2nd and 3rd streets. The bodies were reportedly supposed to be moved to the Mount Moriah Cemetary in 1860 – but clearly, they weren’t.

The remains are now bound for the Forensic-Osteology lab at Rutgers-Camden, where researchers with the Mütter Museum of The College of Physicians of Philadelphia will analyze them.

Anna Dhody, curator of the The Mütter Museum and director of The Mütter Institute, told CBS3 that the discovery will bring the organization “months, perhaps years” of work.

“The remains will need to be cleaned and an inventory conducted before we will know the final number of individuals removed from the site,” Dhody told CBS3. “The Mütter Institute hopes to collaborate with additional institutions and researchers in order to shed more light on the history of the parishioners of the First Baptist Church.”