That's one way to get people to stop sticking their chairs and orange cones in the street. 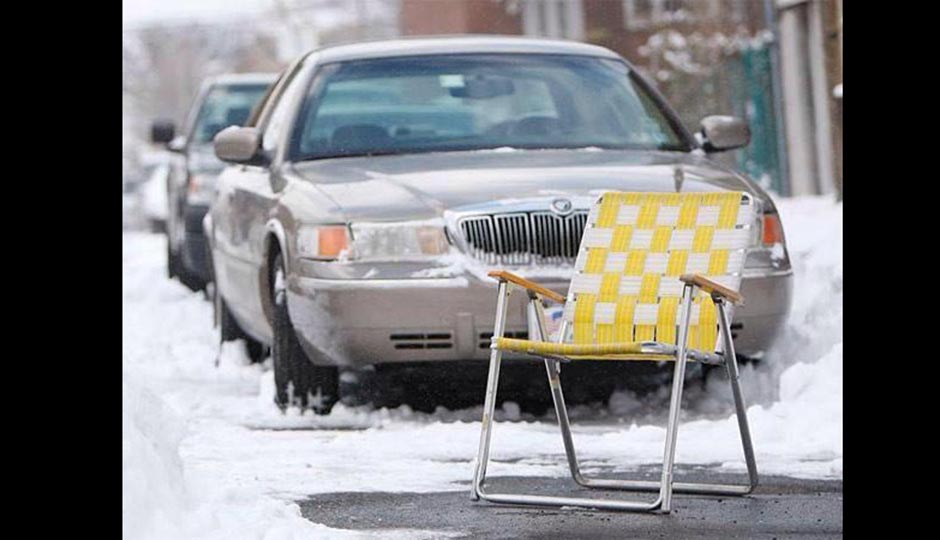 A common sight in South Philly, but not in one local town. Photo by Mary Lou Doyle

Any time there is a snowstorm in Philadelphia, the Great Savesies Debate erupts in densely populated neighborhoods like South Philadelphia, where parking is scarce. But one local town says it put an end to the debate by threatening residents with a hefty fine on saved parking spots during snowstorms.

The township warned residents that any attempt to reserve shoveled-out parking spots with chairs, cones or other objects during a snowstorm would be met with a fine of up to $1,000. That’s right: a $1,000 fine for savesies.

“I can’t even tell you how many complaints we used to receive,” says township manager John Ryan. “Countless complaints. Every winter. We didn’t want any fistfights.”

Six years after the township first made the threat, Ryan says the program has been a resounding success.

“The problem has been resolved,” he tells Philly Mag. “We send out notices each year saying no saved spots and people get the idea.”

If $1,000 seems a bit excessive to you, Ryan explains that only a habitual offender would be punished to that extent.

All of this is hypothetical, because the threat was so good that the township hasn’t actually had to fine a single person. In fact, it’s not even clear that the ordinance was ever adopted by Darby.

“I’ll be honest,” says Darby Township deputy police chief Brian Patterson. “They brought it all up at a meeting years ago, but I don’t think anyone did anything about it.”

We asked township manager Ryan if, in fact, there was anything on the books. He wasn’t certain, but he also didn’t seem too concerned.

“The threat worked,” says Ryan. “It’s been an effective deterrent.”