We have the full lineup for the event, which begins on Saturday. 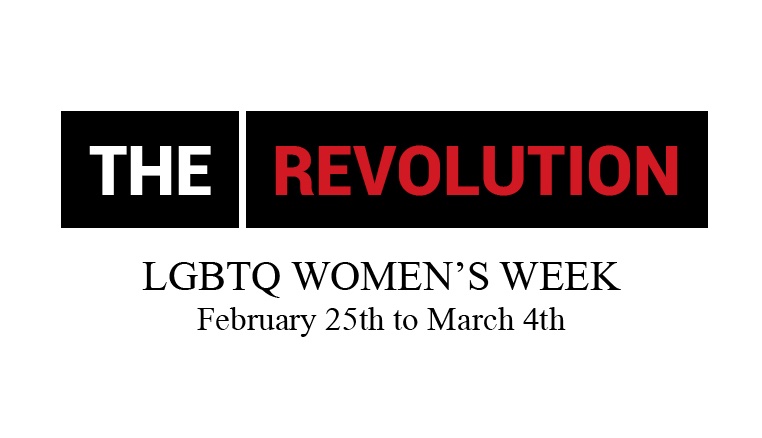 “The Revolution,” Philadelphia’s first-ever LGBTQ Women’s Week, is launching this week. Started by The Strong Catalyst, a local lesbian multimedia collective, the event is centered on “bridging the gap between lesbian women and the rest of the LGBTQ women’s community.”

“I began wondering what it would look like to have a weeklong event that was just for LGBTQ women that was socially conscious, charity-focused, and conversation-driven,” Amanda Swiger, co-founder of The Strong Catalyst and executive producer of the event, told G Philly. “After attending Outfest last year for the first time as a community organization and a normal person, I saw things differently. It felt too male, too white, too party driven to actually do our community much good.”

From Saturday, February 25th through Saturday, March 4th, 10 events are scheduled with “the hope that there is something for everyone,” said Swiger, who is co-planning this event with her partner, Jordan. “One of the events we are most excited about is our Expo, which also happens to be the first event of the week.” The expo will feature more than 30 vendors at the William Way Community Center centered on LGBTQ women-owned businesses. With major sponsorships from Titos Vodka, Hall Homes, Walgreens, and Swiger Photography, and eight venues who provided event space, the monumental event is expected to gain traction.

“While this week has been an immense amount of work for me and Jordan, being able to take my privilege and my position in the community and give space to so many unique women who didn’t have a voice before is worth all of the struggle,” Swinger said. “Our community is amazing and vibrant, and I am just so excited to be able to create spaces for LGBTQ women to celebrate that.”

Here’s the full lineup of events: