Don't miss your chance to see the show shot in and around Center City today and tomorrow. 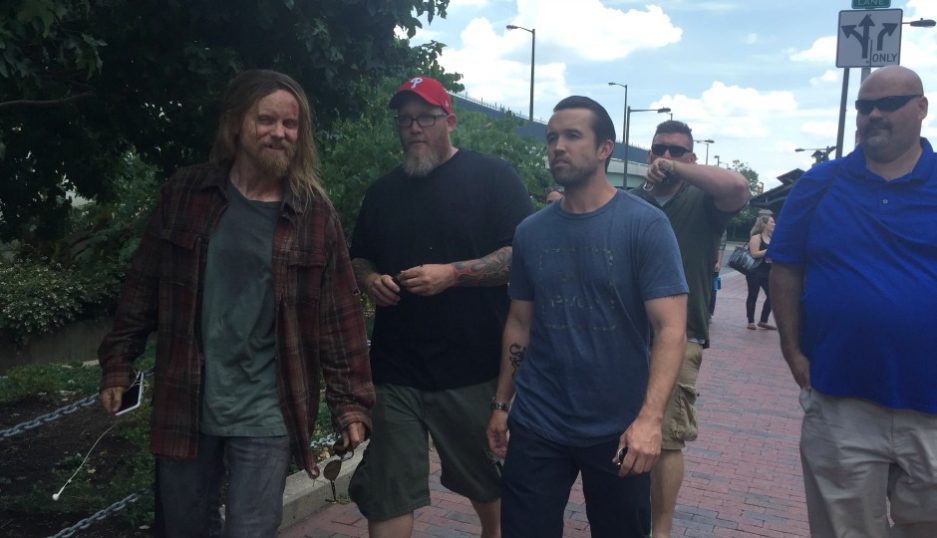 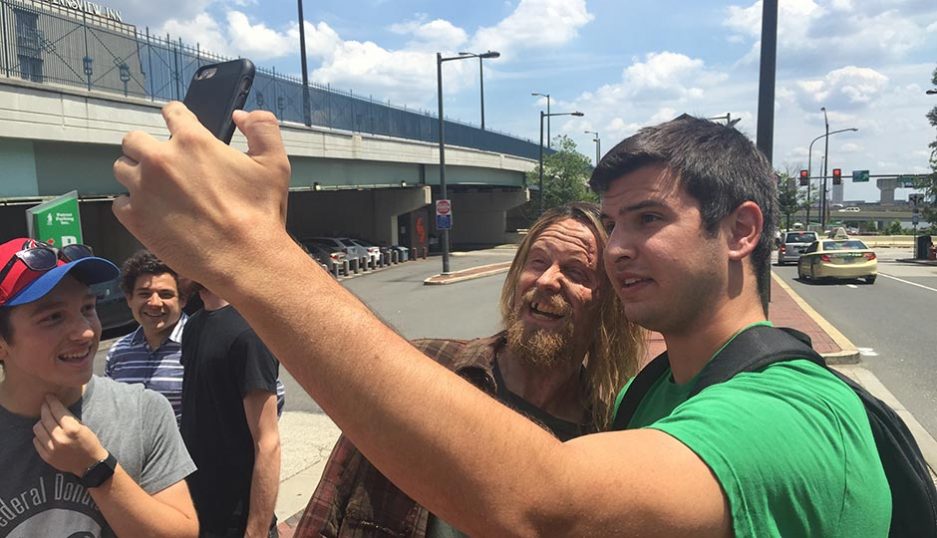 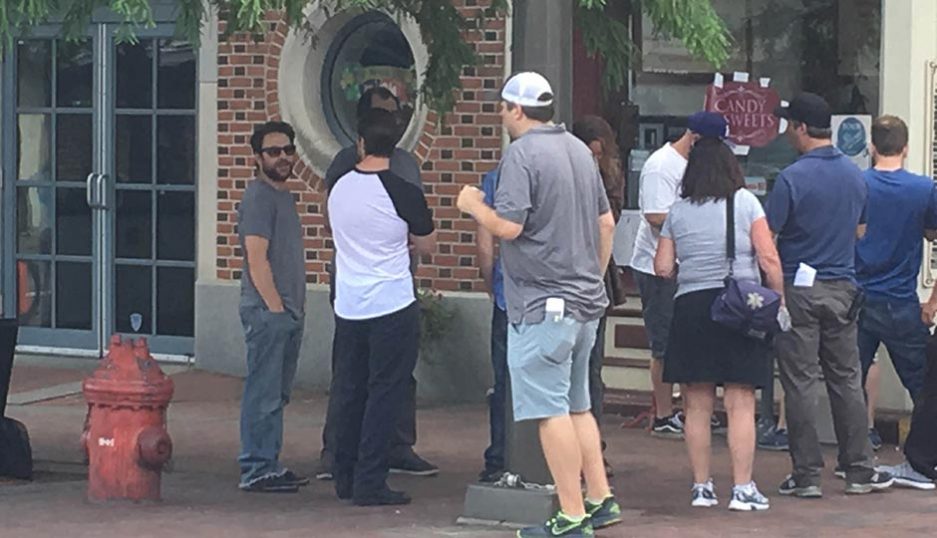 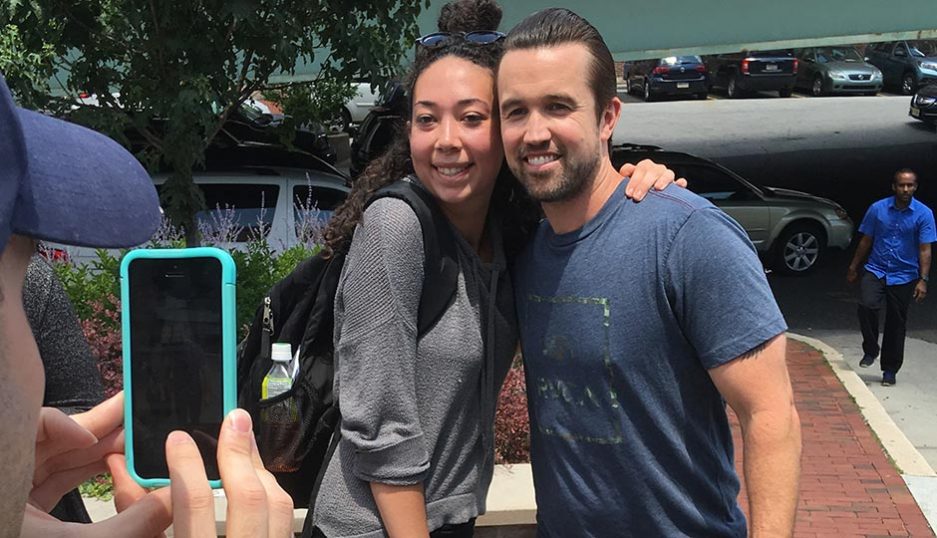 Rob McIlhenney poses with a fan. 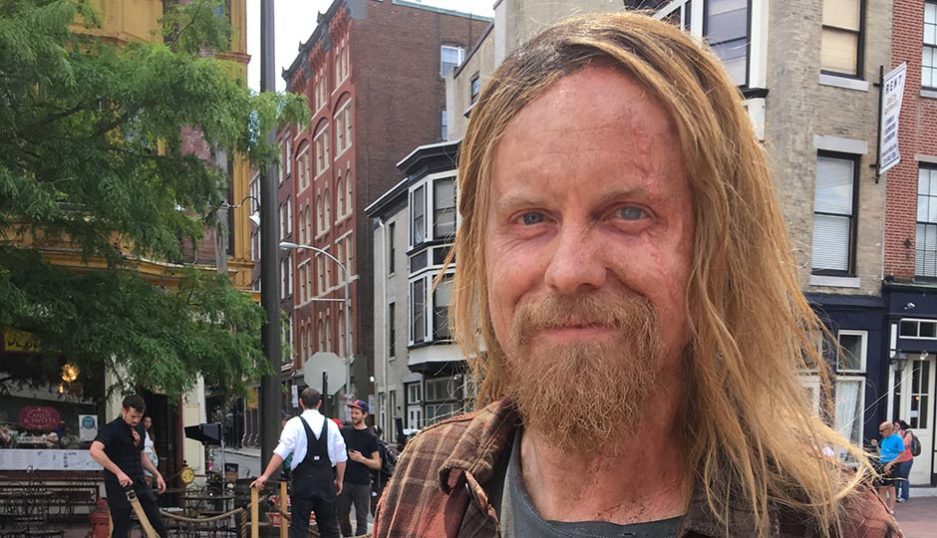 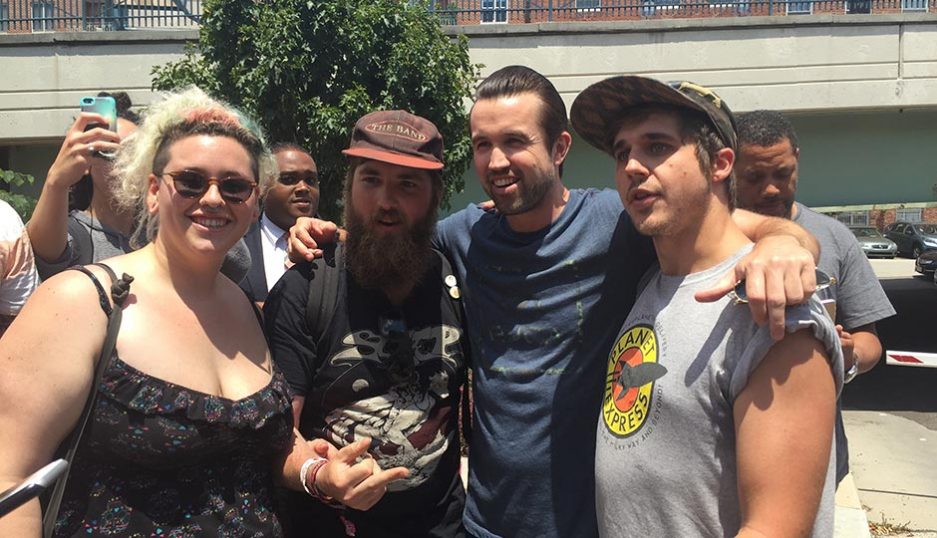 As we told you yesterday, It’s Always Sunny in Philadelphia is filming for its upcoming season in and around Center City this week. The cast and crew spent about an hour shooting a scene outside Franklin Fountain near 2nd and Market streets in Old City today.

Crowds of roughly 50 surrounded the set, flooding nearby sidewalks (and sometimes streets) as security attempted to corral people out of shots and away from passing cars and buses.

The crew appeared to be filming some sort of skit involving a frail, gray-haired woman with a walker who gets ruthlessly knocked down as a vigilante pursues Cricket, who seems to have stolen candy.

Fans swarmed the actors after filming wrapped up at around 1 p.m. As the cast and crew applauded and someone yelled, “It’s a wrap!” a perfectly timed passing duck-boat bus blared the show’s soundtrack. It was serendipitous.

Me and Mac part II. With a bonus Cricket. #itsalwayssunny #lunchbreak

Watching filming of It's Always Sunny In Philadelphia

The show will continue filming today and tomorrow.

Today’s sets also include 100 Chestnut St., near Buffalo Billiards, the Race Street Pier and the Logan Circle Fountain, and tomorrow’s sets include the Funk-O-Mart at 1020 Market St. and the intersection of Camac and Chancellor streets near 12th and Walnut, according to WMMR.

Look out for the show’s next season in the winter of 2017.