SEPTA 50: A Prehistory of our Much Beloved/Maligned Transit Agency

It took 60 years of trial and (mostly) error to get to the point at which Philly mass transit needed to be saved. 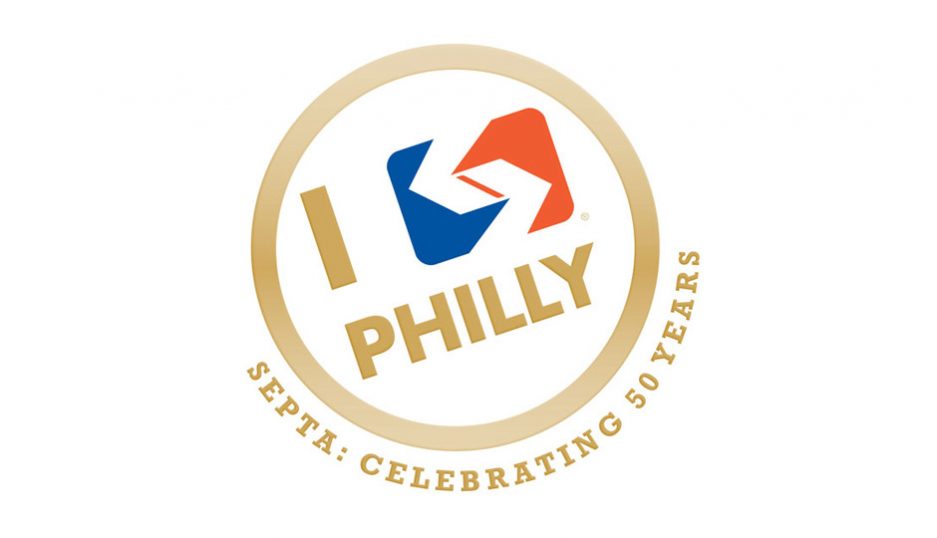 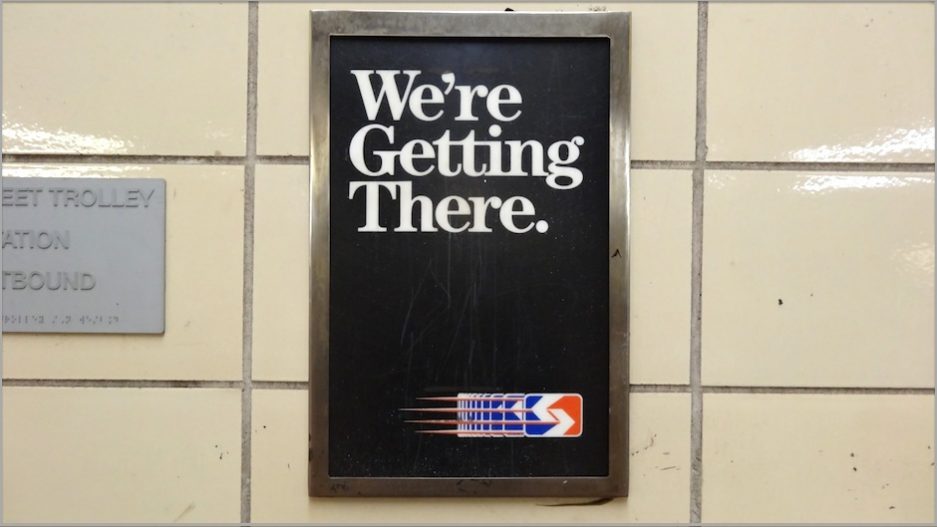 "We're Getting There" slogan 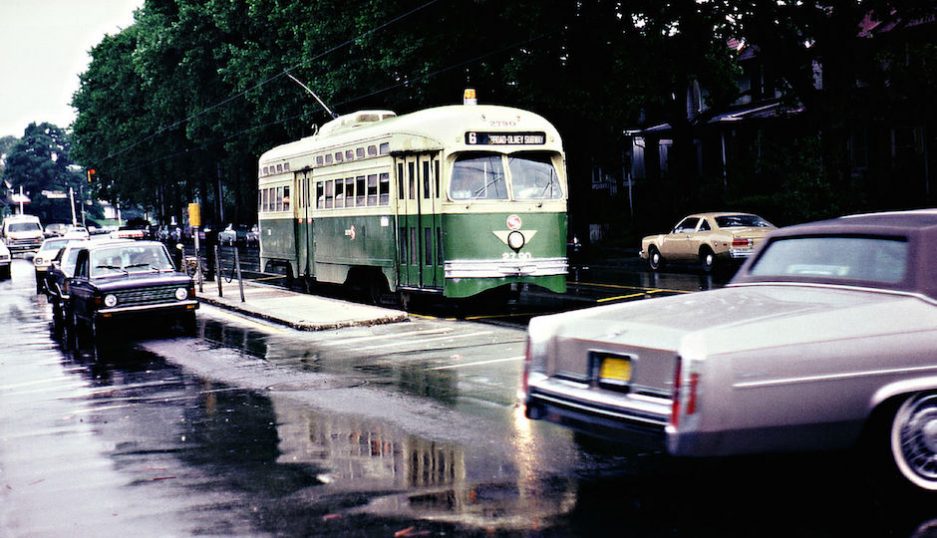 Girard Trolley during the 1980s. 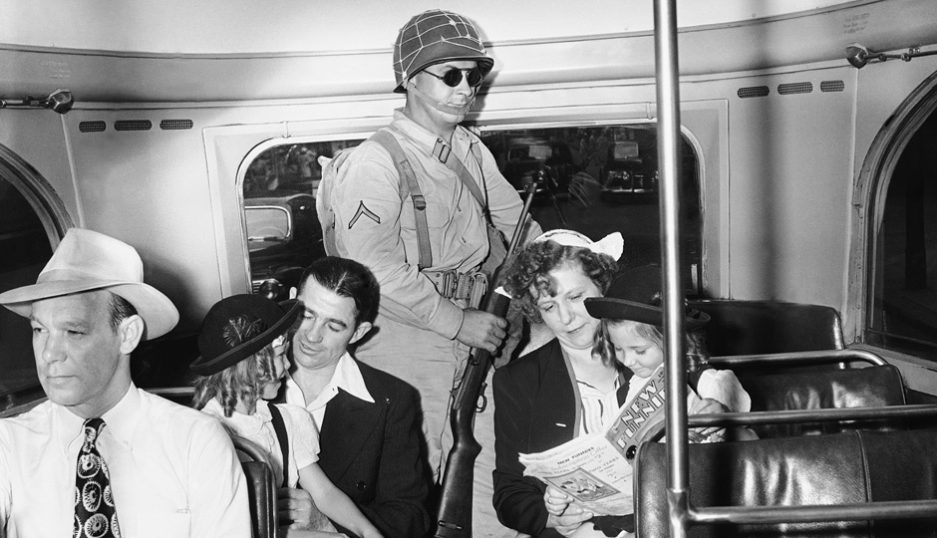 In this Aug. 6, 1944 file photo an armed soldier stands guard in the back of a trolley in Philadelphia. President Franklin D. Roosevelt sent troops to break up a strike by transit workers who were protesting the hiring and promotion of African-Americans.

This year marks SEPTA’s golden anniversary, and this month, the agency will formally celebrate a half-century of keeping Philly moving. It’s done a pretty good job of it, too — but it’s done so in a characteristically Philadelphia fashion, which is to say, with barely enough to get by.

I’ve said in this space that we have an amazing mass transit system here. What may be even more amazing, however, is that we have one at all.

Last year, the American Public Transportation Association honored SEPTA as the Outstanding Large Transit System of 2012. When I tell people SEPTA deserved that award, I usually get puzzled looks at best and “There, there” pats on the head at worst. Some of these people, however, understand when I explain that the agency won the award for keeping this sprawling network running using only duct tape and baling wire.

The good news is that with a steady, guaranteed funding stream in hand, SEPTA can finally put away the duct tape and baling wire and break out the hammers, saws and shovels in order to restore the system to good physical health. But SEPTA was actually following ancient Philly practice with the patchwork jobs.

SEPTA, you see, was created to keep metropolitan Philadelphia’s transit systems from completely falling to pieces. Established to bring the subways, commuter railroads, and bus systems back up to snuff, it spent much of the first half of its life scrambling to make sure they ran at all.

Even before its creation, SEPTA’s predecessors were doing the same thing: scrambling to make sure the buses and trains ran while not quite keeping up with the physical plant needs. It’s a Philly tradition that stretches all the way back to…

This was the year the Philadelphia Rapid Transit Company, formed the year before through mergers and acquisitions of several street railway companies, began work on the city’s first rapid transit line. The city gave a franchise in 1902 to the Market Street Elevated Passenger Railway Company, which the PRT then leased, to build an elevated rapid transit line from the Delaware River to the western city line, with only two stipulations: The company has to pay for it and it has to be buried between the Delaware and Schuylkill rivers.

The PRT, financially shaky from the start, could only barely afford that. The construction project nearly bankrupted the company and took four years to complete, opening in…

Philadelphians celebrated the completion of the city’s first rapid transit line, but at City Hall, they were upset it took so long. Deciding that it could do better by building subways itself, as Boston had done and New York did via a public-private partnership, the city creates a new Department of City Transit and charges its first commissioner, A. Merritt Taylor, to draw up a plan for more subways for the city. While he’s working on it, however, the PRT lands back in the soup in …

An early sign of the contentious labor relations that would later plague both the private operators and SEPTA comes when the Amalgamated Association of Street and Electric Railway Employees of America (today’s Amalgamated Transit Union) demands the PRT give streetcar operators a substantial raise, a shorter work day and recognition of the union. The PRT refuses and a violent strike ensues when the company brings in strikebreakers. The PRT relents under the threat of a general strike, but replaces the Amalgamated union with an in-house union. The confrontation would be repeated in…

Another strike occurs when the PRT fires employees who joined the Amalgamated union. Again, the PRT brings in strikebreakers, riots break out, and this time, a general strike ensues, bringing nearly all commerce in the city to a halt. A long period of labor peace would begin the following year when the company names Thomas A. Mitten its president; Mitten implements a “cooperative plan” that guarantees a percentage of company revenues be devoted to wages and benefits and sets up co-operative buying clubs for workers. This in turn means everyone can turn their attention back to the physical plant. Here’s how it grew — or didn’t:

Taylor presents his plan for seven new subway and elevated lines, including a Center City loop subway, to Council. But there’s an election that fall.

Work begins on the trunk lines of Taylor’s system with construction under City Hall, the start of work on the Frankford Elevated Railway, and digging out the first segments of the loop subway.

The city runs out of money and halts work on everything but the Frankford Elevated. The hollowing-out of the space for City Hall station is also completed lest the building fall into the hole.

The Frankford Elevated opens. For the record, it took the city seven years to build it, three more years than it took the PRT to build the Market Street line.

Work resumes on the Broad Street subway, minus the loop. Though fitful efforts to provide for more spurs and extensions will continue in the years that follow, efforts to actually build any of the branches save the one to the Northeast are now dead. The Broad Street Subway opens in 1927, with a spur down Ridge Avenue to Eighth and Market streets opening in 1932. A Depression-era public works project extends the subway to Snyder Avenue in South Philly in 1937 — and that was that for subway construction in Philadelphia until after World War II.

The Great Depression does what the Market Street line almost did: finish off the PRT. The company reorganizes the following year as the Philadelphia Transportation Company (PTC).

The era of contentious labor relations returns with a wildcat strike by white motormen, newly represented by a union that opposed the action, the Transport Workers Union.

National City Lines, a company formed by a consortium of General Motors and several automotive suppliers, takes over management of the PTC. Soon afterward, the trickle of streetcar line abandonments that began in the Depression but halted during World War II became a flood. Meanwhile, the two railroads that operate the region’s commuter rail lines, the Pennsylvania and the Reading, begin to falter financially, leading the city to undertake programs to support improvements to and subsidize passenger operations of the railroads within the city. These early programs laid the groundwork for a regional agreement in…

Representatives of the five metropolitan counties form the Southeastern Pennsylvania Transportation Compact (SEPACT), an agreement to support the operations of the region’s struggling mass transit systems. From this pact, SEPTA would emerge in 1964.

The rest, as they say, is history. That history has included its share of labor strife and a few tragedies, but on the whole, SEPTA has succeeded at its basic mission. The region’s transit system has remained intact and even added some noteworthy facilities, including the Airport Line and the Commuter Tunnel. SEPTA has been asking riders to share their stories and memories of Philadelphia transit; some of the best have been posted on the agency’s 50th Anniversary website along with lots of pictures. And on June 19th, SEPTA will host a commemoration in front of its 1234 Market Street headquarters, complete with vintage vehicles and more. There we can all breathe a collective sigh of relief that back in the 1960s, our region’s leaders had the foresight to recognize the need to preserve a valuable asset, one that gets millions where they want to go day in and day out. (Save for the occasional strike.)