With Laurel, Nicholas Elmi slips the chains that have bound him and goes his own way. Twelve years is a long sentence for someone who hasn’t committed a crime, even if you get to serve it in some swanky cells. Ask Nicholas Elmi. The onetime apprentice at Manhattan’s Daniel and Lutèce rose to become Georges Perrier’s right hand at Le Bec-Fin, then glided into the blue-blooded precincts of the Philadelphia Art Alliance as head chef at Rittenhouse Tavern. But in 2013, at long last, the golden handcuffs came off.

His coming-out party began on national television, where he competed on Season 11 of Bravo’s Top Chef. But that’s beside the point—not just for this cable-shunning critic, but for any food lover within taxi distance of East Passyunk Avenue. Because it’s there, in a 10-by-15-and-a-half-foot kitchen barely big enough to afford him the company of a single sous-chef and a culinary student, that Elmi is finally doing things his way. And what a way that is.

After a career spent “cooking other people’s food” and then chafing against his corporate leash at Rittenhouse Tavern, Elmi opened Laurel as a co-owner in November. Two weeks later, he cooked my favorite BYO meal of the year. Three weeks after that, my favorite meal anywhere. From the thimble-sized snowballs of frozen horseradish that bedazzled cubes of poached tuna to the tongue-tingling windfall of pink peppercorns clinging to a marbled foie gras terrine shot through with brown veins of cocoa, his plates took my table by storm.

A very specific storm, in fact. By more than just plain coincidence, my memories of Laurel are filed right next to those of the minor blizzard that produced the most thrilling Eagles victory of the season soon after my second meal there. Like Laurel (which doesn’t have a publicist), that snowsquall struck virtually without warning, unshackled the players from their micromanaged game plans, and sparked the contagious joy of backyard epics waged purely for the love of the game.

Quarterback keeper, flea-flicker, blind heave into the end zone: There was an element of sandlot play-calling to Elmi’s menu, which flitted from kombu-cured fluke to upscale pho to ricotta gnocchi within a few lines. The eclecticism is well suited to Laurel’s leisurely four-course format. It helps that Elmi has cut the seating in this tight space, which used to house Fond, from about 34 to 22. Aside from the gifts of elbow room and a semblance of privacy—rare commodities in the BYO realm—this ensures that the chef can concentrate on every dish, and every customer.

The dividends of that focus were evident in how much better a couple of already terrific dishes got between my visits. Take the fluke, which has never been my favorite crudo fish. Elmi’s kombu curing process, which tacks on a day of air-drying, imparted a velvety texture that felt luxuriant against tangy yogurt and juicy slices of Asian pear. I was momentarily sad to see the fluke give way to albacore tuna—but enthralled by the exchange of grated horseradish for an iced version cut with sour cream and crème fraîche, whose quick-fading tingle made each bite bloom and then mellow.

Or how about the wine-poached quince that was the standout in a chef-ly dessert lineup that pulled off the tough trick of being both unusual and unreservedly delicious at the same time? When I came back, the meringue shards and chicory powder that had given that sweet treat crunch and contrast were now being applied to a cool lemon curd—along with translucent slices of Buddha’s hand, as thin as contact lenses, that had been steeped in a homemade liqueur crafted from that exotic citrus’s rind.

That labor-intensive detail exemplifies Elmi’s cooking here. (So does the alcohol, since Laurel has a thing for homemade hooch, with digestives like black walnut liqueur and “bergamotcello” flowing for friends.) The dish I least wanted to order—pork with acorn squash and
chanterelles—turned out to feature loin and belly and the best “sausage” I’ve ever had: pulled pork shoulder perked up with sherry vinegar, set on brioche, and wrapped in caul fat that, when pan-fried, transformed the bread into the Platonic ideal of crispiness. And the accompanying pumpkin seed vinaigrette revealed itself as a rustic cousin of marmalade, sharpened by the trace bitterness of oranges blanched 10 times.

Yet never did this finely wrought food feel fussy. Some chefs put so much intellectual effort into a dish that the plate resembles a notebook crammed with all the scratch notes that preceded it. Elmi doesn’t show all his work, only the elegant answers.

They came one after another, by turns deceptively simple and slyly suggestive. A sheepshead fillet popping with deep-fried spirals of black quinoa. Ricotta gnocchi, skinny as snipped shoestrings, that dissolved on the tongue amid the crackle of pancetta lardons and sourdough croutons. Lemongrass steam rising around grilled maitakes and roasted hazelnuts in a pho-spiced chicken broth, like a Vietnamese memory trapped in an Oregon rain forest.

Nicholas Elmi, to the contrary, has set himself free 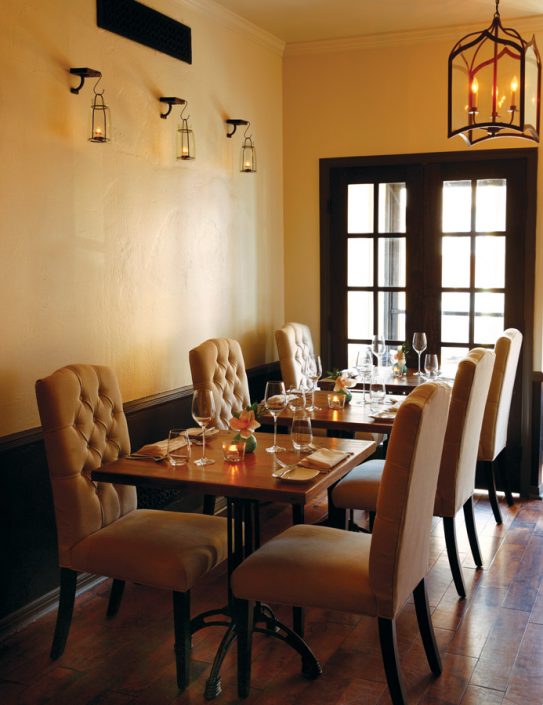 The 22-seat dining room at Laurel 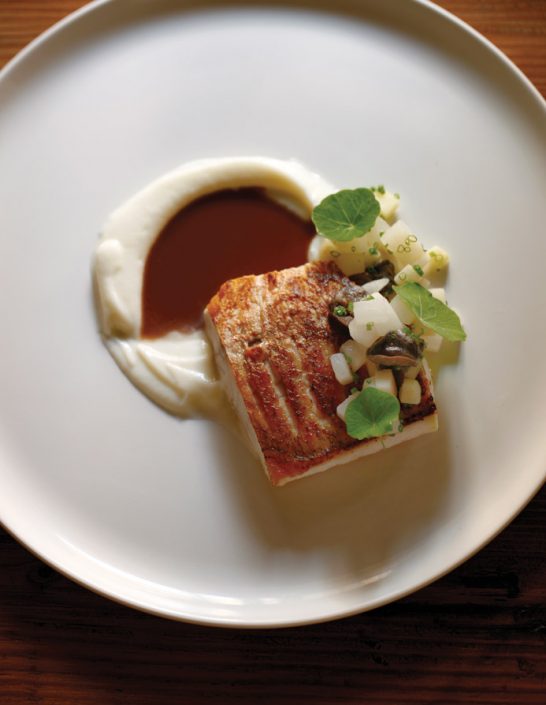 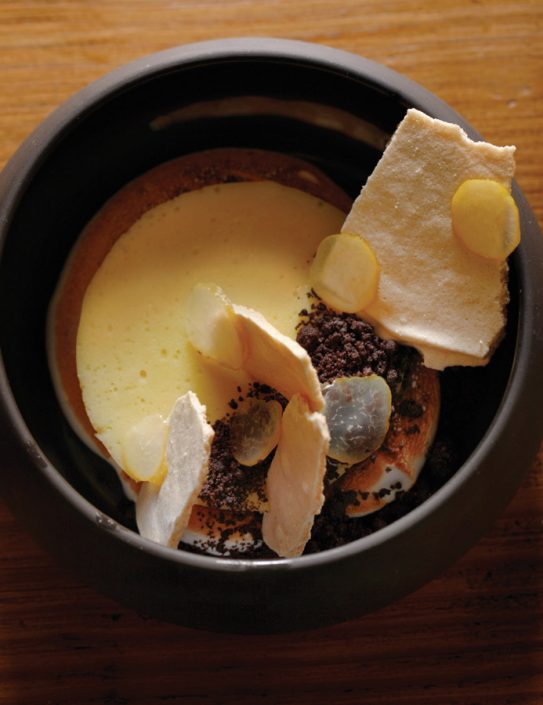 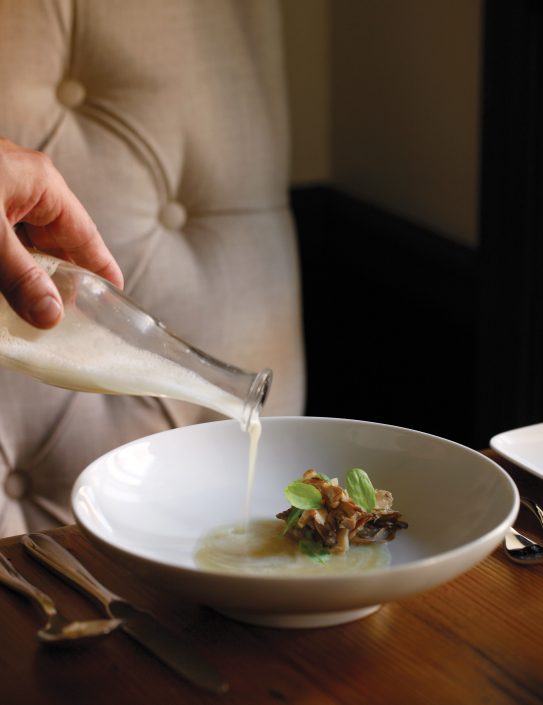