Philadelphia Home: A Mid-Century Modern with a View in Lower Merion Head to The Main Line, home to the estate that inspired The Philadelphia Story, and houses like this one are hard to come by. In fact, this 2,700-square-foot single-level house once boasted similar mid-century modern neighbors, but they’ve long since been torn down. It’s now flanked by two multi-story manses, loo­ming structures that would dwarf the space if not for a lush perimeter of trees offering both shade and pr­ivacy—two precious commodities when the entire rear of your house is transparent.

But dealing with a whole wall of glass isn’t an issue for the homeowner, a 50-something mobile-technology entrepreneur who grew up in a boxy wood-and-glass house his father built in Chester Springs; modern living is in his blood. “I’ve always appreciated the aesthetic of a modern home,” he says. “I love the simplicity of it, the clean lines, and the fact that it doesn’t allow for clutter.” So it was no surprise that in 2012 he pounced on this house, designed by legendary Philadelphia architects Frank Weise and William W. Eshbach in 1957. (The former owner made him promise he wouldn’t tear it down.)

The space itself is extraordinarily linear, six main rooms stacked side by side like children’s blocks, a staccato parade of living space that’s both orderly and free-flowing: master bathroom into master bedroom into living room into kitchen (an intensely functional galley) into sitting room into office. “One room melts into the next,” he says. Skylights slice through the center of the house (where you’ll also find a laundry room, two extra baths and a guest room), pouring in bright rectangles of light, each as geometric as the house itself.

During the day, the sunlight seems like just another accessory—part of the home’s near-stark, bright minimalism. Come nighttime, it’s another story. This is when, even after fall’s arrival, the homeowner sits in one of the butterfly chairs perched at the far ends of the back deck, relics from that first modern home his father built years ago, and stares back at his own wood-and-glass box. “The house kind of glows late at night,” he says. “It’s like a dream house.”

A Modern View in Lower Merion 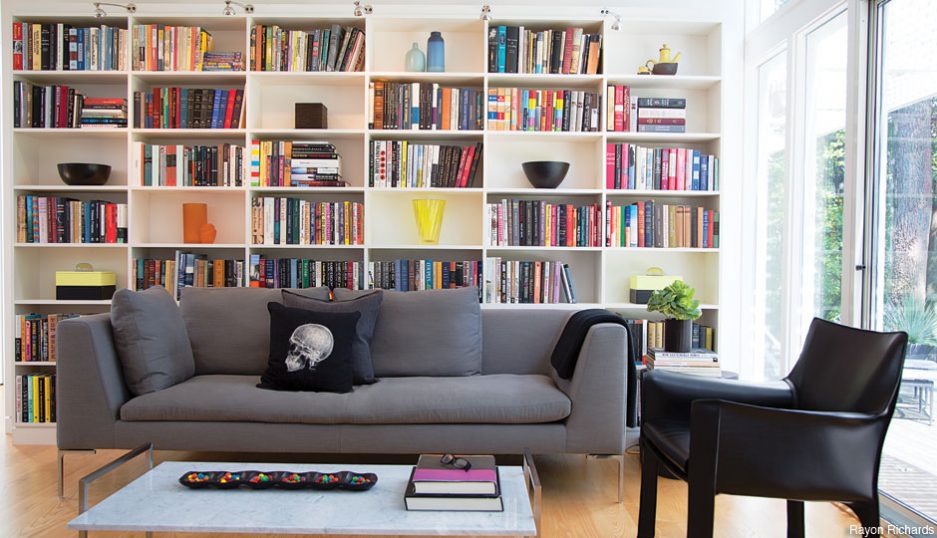 The sitting area is anchored by a wall-spanning bookcase—one of many built-ins installed by the previous owners—that holds a vast collection of books, along with assorted other vessels and curiosities. The B&B Italia couch, Zanotta skinny coffee table and Bottega armchair are all from OLC in Old City: "I'm very good at buying floor samples there," the homeowner jokes. 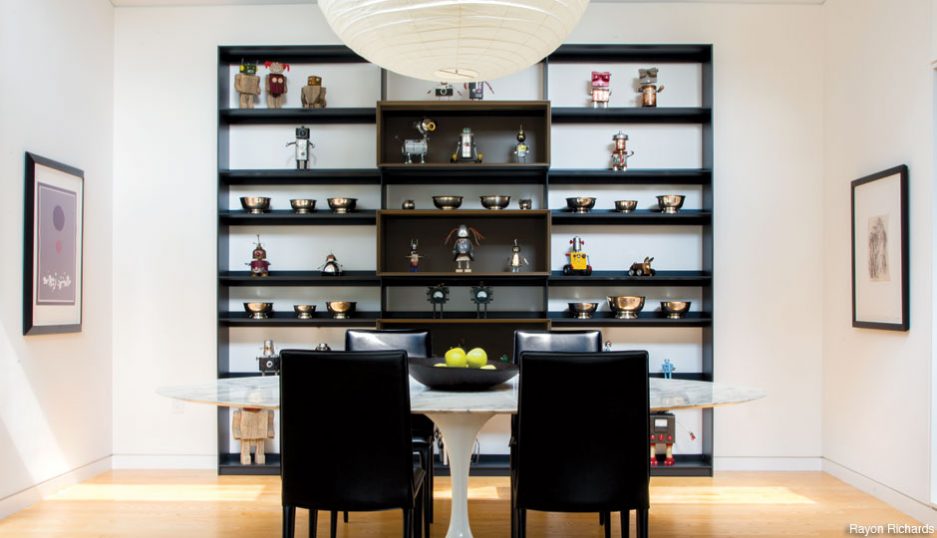 Like the rest of the house, the dining room has a restrained black-and-white palette. An oversized Noguchi lantern hangs above a Saarinen dining table, an organic contrast to the hard lines of the Bottega side chairs, from Design Within Reach, and the angular B&B Italia bookshelf, from OLC. 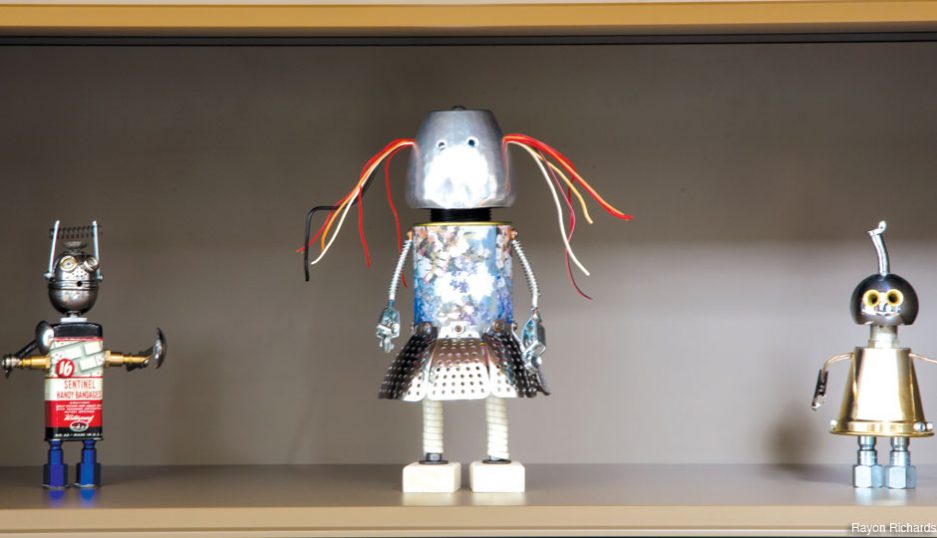 The bookshelf holds the homeowner's eclectic collection of "upcycled robots"; he calls them a "primitive kind of art." 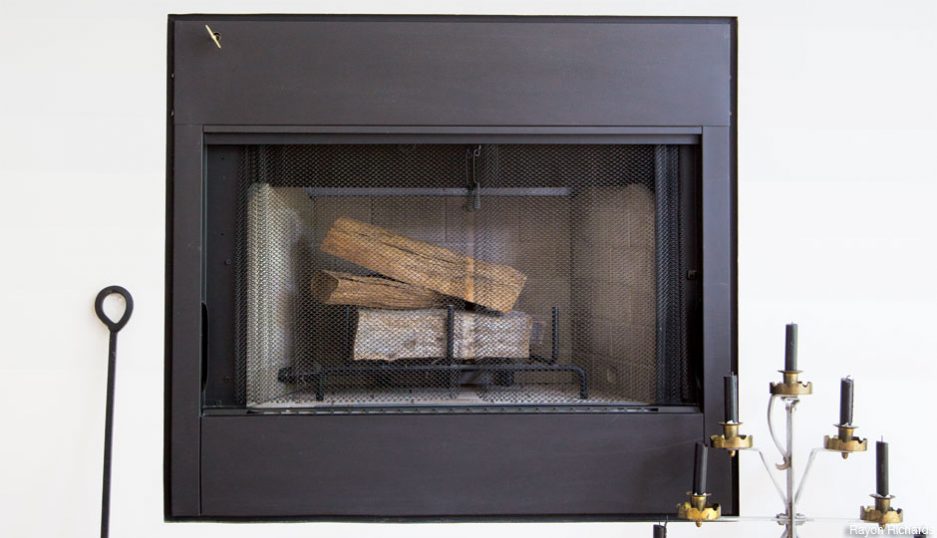 The sitting area just off the dining room features a wood-burning fireplace flanked by family heirlooms, gifts to the homeowner's parents on their wedding day. 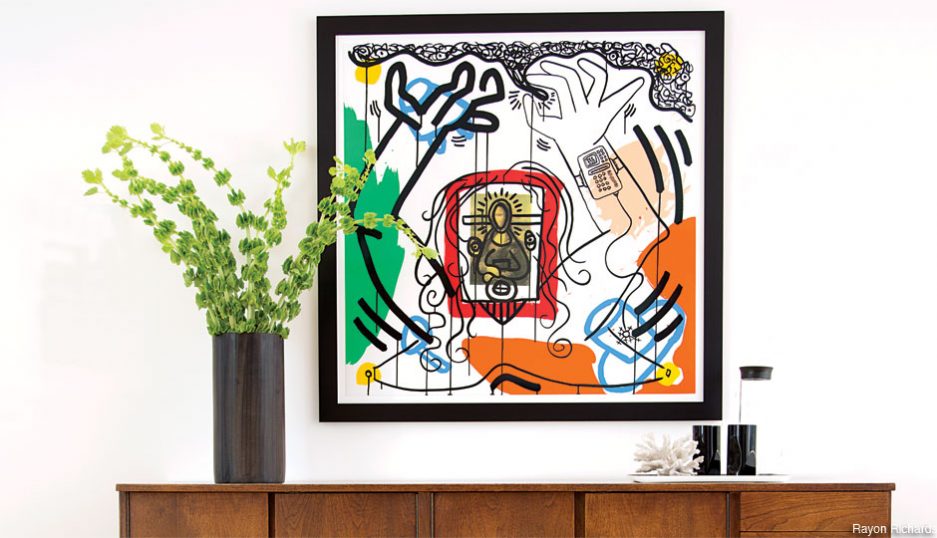 The period buffet in the living room is another piece from the homeowner's childhood home. A Keith Haring print adds a burst of playful color. 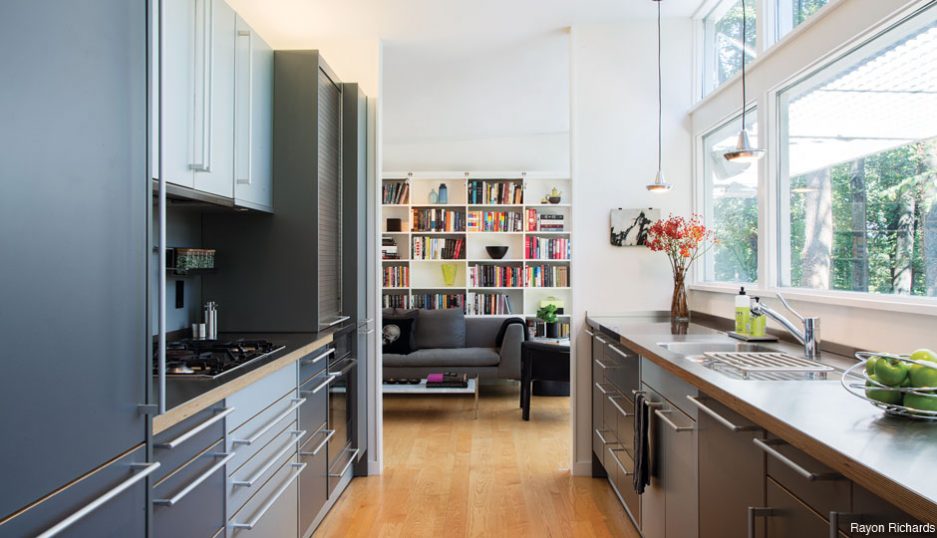 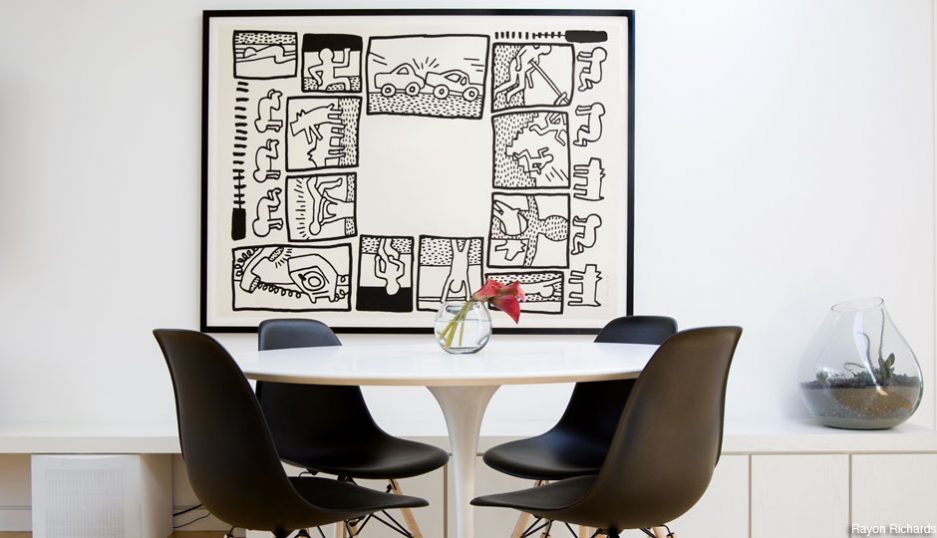 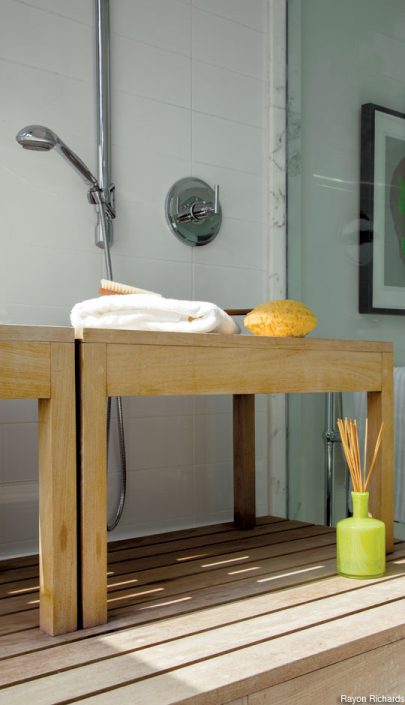 In the master bathroom, a steam room offers a spa-like retreat. 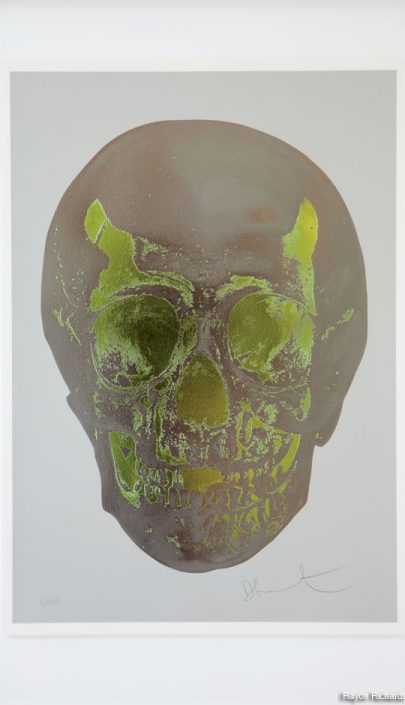 A Damien Hirst skull in the master bath is the homeowner's favorite print in the house. "There's something cool and funky and appealing about skulls," he says.