Island Getaways: A Philadelphian’s Guide to Vacationing in the Bahamas

Tropical bliss shines through in this easygoing paradise. 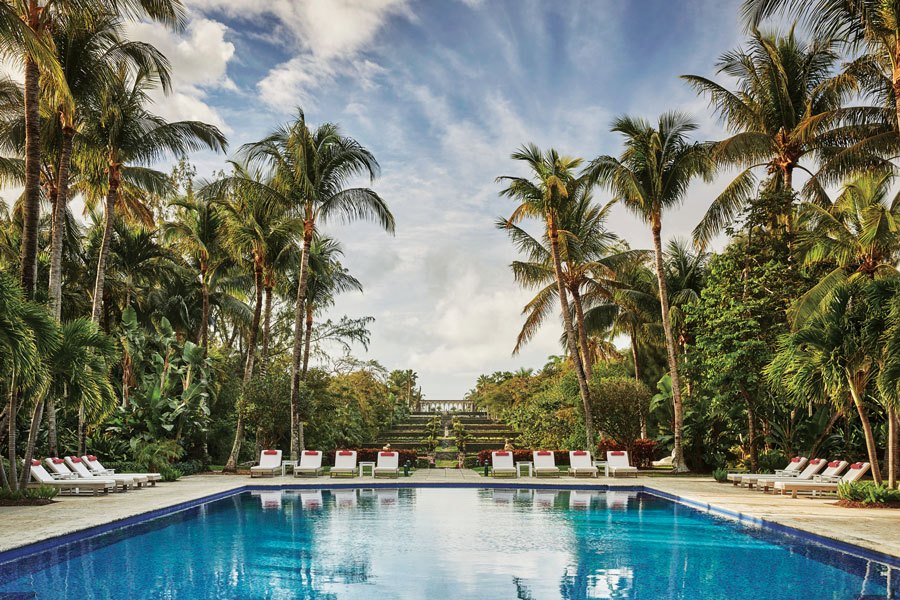 The Versailles pool at the Ocean Club, with a view of the terraced gardens. / Photograph by Christian Horan / Four Seasons Resort

It was raining when we landed in Nassau, the capital of the Bahamas. The flight was short and seamless, a new direct route on Frontier from Philly to the West Indies archipelago, and in a flash, my husband and I went from chaotic PHL to the black car whisking us to the Ocean Club, a Four Seasons Resort (rooms from $1,500), situated on the aptly named Paradise Island.

The driver’s inquiry put a positive spin on the weather, but either way, we didn’t mind it. Both the island and this resort, with its white sand beach, Versailles-inspired gardens, and general understated elegance (James Bond flick Casino Royale was filmed here), are well worth a visit, even in a little light rain.

It’s true the billowy gray clouds that passed over in intervals — dousing us to various degrees with that liquid sunshine — prevented us from playing tennis. (The courts were wet. And also, we didn’t try that hard.) But the rain didn’t stop us from floating in the infinity pool, longer than an Olympic pool — bordering the lawn, and with an oceanfront view. A refreshing mist of rainwater made a cool contrast to the pool’s heated warmth.

Nor did a passing rainstorm keep us from curling up on lounge chairs under a beach umbrella, luxuriously reading books that, thanks to the three kids we’d left at home, we never get to read in real life. Or visiting the Balinese-style spa, or sipping glasses of Whispering Angel rosé in the fragrant gardens.

It also didn’t stop us from leaving the resort to explore historic sites, like the limestone Fort Montagu overlooking Nassau Harbor, or, in the middle of the day, whiling away a couple of hours in Bon Vivants. The cocktail bar is playfully splashed in bright tropical decor and bits of Bahamian history, but its drinks — catalogued in an illustrated tome of a menu — are dead serious. Opened by Philly-region native and seasoned bartender Kyle Jones, who relocated to his wife’s home of Nassau, Bon Vivants is easily one of the best cocktail bars we’ve ever visited. Go, and order, among other creative cocktails, the rum-based Big Major Smash, served in a pink pig vessel.

Because it’s the Bahamas and bad weather usually passes quickly, there were long swaths of sunshine, too, when we cast off flip-flops and ran across pliant sand into warm, frothy waves. We soaked up vitamin D while sipping OC Specials, the resort’s signature banana-liqueur-infused rum punch.

Before dinner, we pulled up seats at the Martini Bar and Lounge and ordered Vesper martinis, shaken, not stirred. (While you’re there, the legendary bartender, Keith Cash, might share stories about his time on the country’s national cricket team.) Dinner was alfresco, at Jean-Georges restaurant Dune, overlooking the ocean. We ate local snapper and banana cake to the live sounds of a honey-voiced singer crooning classics like Stand By Me, the song we danced to at our wedding. It rained a little after dinner, just a light shower, but we took a walk on the beach anyway.

Published as “Island Time” in the March 202s issue of Philadelphia magazine. 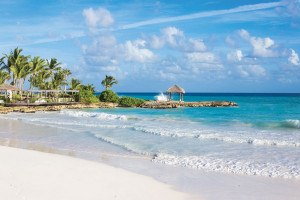 Island Getaways: A Philadelphian’s Guide to Vacationing in the Dominican Republic 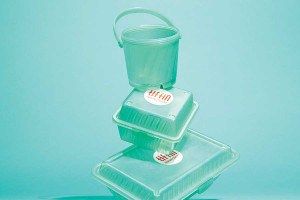 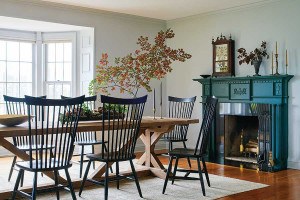