Crazy Aaron’s Puttyworld is a wonderland for stressed-out Philadelphians. 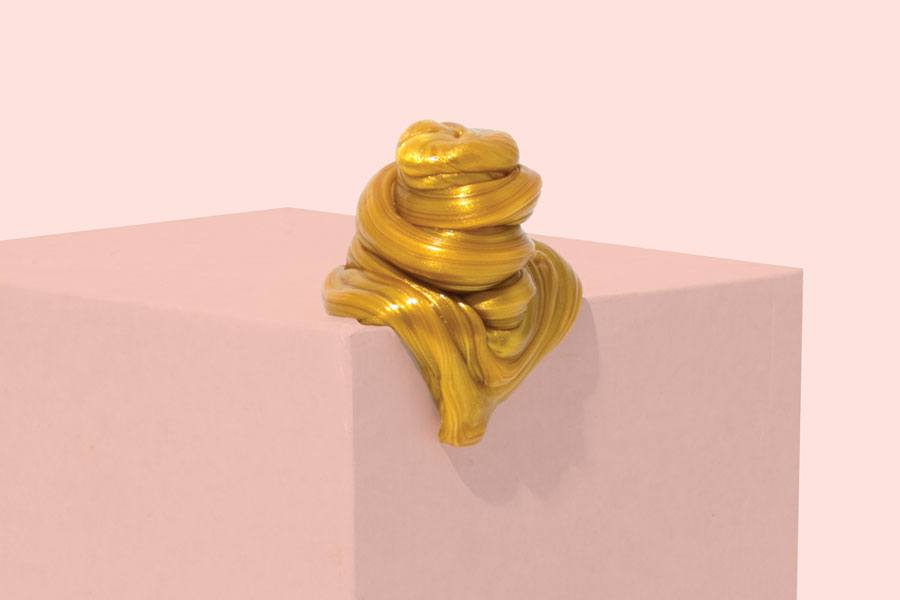 Thinking putty comes in many forms, including this $250 24-karat Real Gold putty by Crazy Aaron’s. Photograph by Claudia Gavin.

I’m mixing violet goo into an iridescent blob of “shimmerizer” pigment that’s oddly reminiscent of my favorite Urban Decay eye shadow. The blob catches the light like a gemstone as I pinch and pull it back and forth into a thin cylinder and then a ball, then squish the whole thing in my hands. I snap to and realize that for a minute, I wasn’t really thinking about, well, anything. And just like that, I’m hooked on the latest self-care craze.

I’m at Crazy Aaron’s Puttyworld, a new experiential shop in a restored 1890s factory in Norristown where thousands of pounds of putty are made daily. The walls are lined with endless varieties of colored and textured blobs, some of which have tricks to captivate you: One changes its hue in your hands, one winks like emeralds, one comes with a laser pointer that “writes” on the goop with a beam of blue light. Visitors can customize their own mini-tins of putty at a mixing bar — free of charge.

The timing of this opening was prescient; Goopy mixtures are having a moment. There are millions of videos on YouTube of people playing with slime and putty, and the stuff has glopped up on fashion-show runways and in Vogue. NPR did a story last year called “The Rise of the Slime Economy.” Sales of Elmer’s Glue (a key ingredient in make-at-home slime) jumped 50 percent last year. And locally, Willy Wonka-esque inventor “Crazy Aaron” opened the first putty store in the country last December — which is where I’m playing with goo in the middle of a workday.

If you’re a parent of young kids, you know all this. You’ve already been driven to insanity by slime’s ubiquity, and maybe had to chop off your daughter’s hair to get some out. But get this: Narberth resident and former software engineer Aaron Muderick — a.k.a. Crazy Aaron — invented his stretchy, silicone-based “Thinking Putty,” not for kids, but for his stressed-out tech co-workers. And that’s the thing about it: It’s like mindfulness meditation you can do at your desk. “There’s something primitive and tactile about putty that makes it captivating. When you focus on shaping the putty, it helps you not to zone out, but to tune in,” says Erin Auci, Crazy Aaron’s head of marketing.

Many buyers of Crazy Aaron’s putty (and the people who watch those YouTube slime vids) are actually adults. At Puttyworld, you can sort your thoughts while sifting through nature-inspired varieties like mesmerizing see-through Liquid Glass, Scarab (like the beetle) or Stardust. Or, if you’re flush, consider solidifying your status with the $250 24-karat Real Gold putty. It comes in a gilded tin that sits in a pretty box. (The gold is from Washington Square West’s Safian & Rudolph Jewelers.) Since each tin lasts up to 10 years, it’s the gift that keeps on giving. And let’s be honest: You’re going to get way more satisfaction out of your new plaything than any glittering necklace.

Published as “Putty, Silly” in the March 2019 issue of Philadelphia magazine. 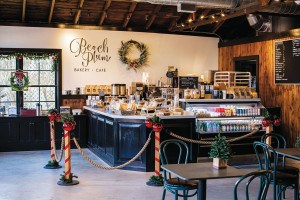 Holidays in Cape May: This Charming Seaside Town Transforms Into a Winter Wonderland 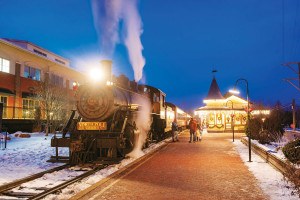 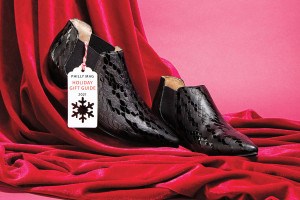 39 Philly Gifts For Everyone on Your List This Year