Cancer screenings are down this year, which is an issue that should concern us all. 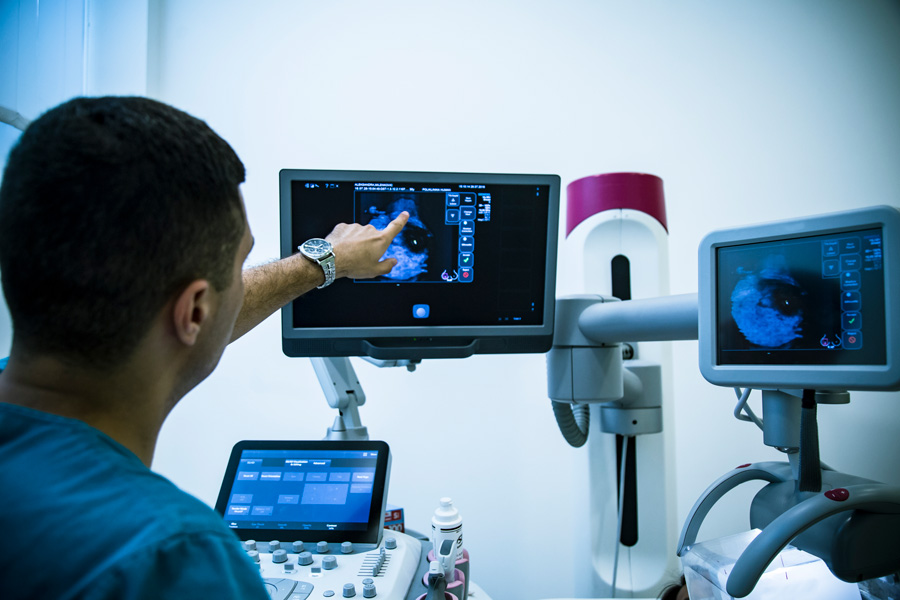 Earlier this year, Norman Sharpless, director of the National Cancer Institute, sounded an alarm on cancer screening in the wake of COVID-19. Sharpless predicted that over the next decade, the United States could see as many as 10,000 additional deaths from breast and colorectal cancer alone due to recent and unprecedented delays in cancer screenings and treatment. The message: Cancer screening is vitally important, even during a global pandemic.

“As a cancer researcher, that was so upsetting, because we were seeing it happen before our eyes,” says Carmen Guerra, associate director of diversity and inclusion for the Abramson Cancer Center at the University of Pennsylvania. “Patients weren’t coming and getting their cancer screening because of COVID. We knew that was going to lead to people presenting at later stages of cancer, when it’s less treatable. And some people with cancer were forgoing or delaying their treatment. We know that’s going to have a huge impact on our communities. So now we’re thinking about what we can do to catch up and to overcome, prevent or minimize this predicted jump in mortality.”

Happily, researchers are already innovating when it comes to existing cancer screening methods, making them easier on patients and more effective. The longstanding screening for breast cancer, for example, is a mammogram, the somewhat uncomfortable process of having each breast compressed between two plates for imaging.

“Some women, especially women of color like myself, have more dense breasts,” Guerra says. “So when we go to get mammography, it isn’t as sensitive and could lead to missed cases if we present a year or more later, at a more advanced stage, once traditional testing can finally see it.”

In addition to the mammogram, women with genetic and hereditary breast cancer risks often need an MRI, which can last up to an hour. Emily Conant, breast imaging division chief in the department of radiology at the University of Pennsylvania, is championing the use of Fast MRI for women with dense breasts. Fast MRI takes only 10 minutes to perform and is ideal for women who need a more thorough screening than mammography can provide. According to Guerra, the addition of the Fast method in the screening process has enabled doctors to find more cancers than mammograms alone in women with dense breasts.

Researchers are also pioneering ways to screen for colon cancer aside from the traditional colonoscopy — a screening dreaded by patients in which a long tube with a small camera is inserted into the rectum so doctors can view the inside of the colon. Guerra says the recently FDA-approved fecal immunochemical test (FIT), as well as at-home screening tests like Cologuard, which can be self-­administered, are less invasive ways to screen for colorectal cancer.

While researchers are working to make cancer screenings less daunting for patients, Guerra says there are four things patients can start doing today to lower their cancer risk, besides getting cancer screenings on time — and, spoiler alert, you’ve probably heard them before:

Don’t smoke
It not only leads to cancer; it can cause many other potentially deadly diseases, including heart attacks and strokes.

Maintain a healthy weight
Obesity is linked to at least 13 different cancers.

Adopt a healthy diet
Eating fruits and vegetables rich in cancer-fighting antioxidants is critical. And it’s best to cut back on red and processed meats, since they’ve been linked to many cancers, particularly in the gastrointestinal tract.

Exercise
It helps maintain a healthy weight and fights inflammation associated with cancer.

Published as “Early Warning Is The Best Defense” in the “How to Conquer Cancer in Philly” guide in the November 2020 issue of Philadelphia magazine.