COVID Vaccine Skepticism Is on the Rise. Here’s What Experts Say Could Change That.

A COVID-19 vaccine doesn’t yet exist, and already people are saying they won’t get it when it’s available. Here’s what leaders can do now to encourage confidence in the cure. 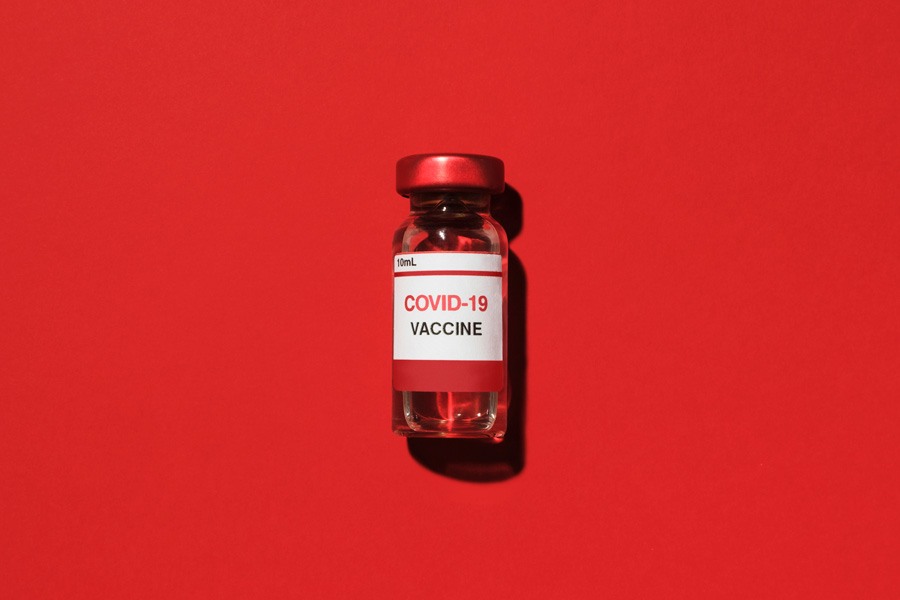 COVID-19 vaccine skepticism is on the rise — here’s what leaders can do about it. Photograph by Getty Images/Tetra Images

There are currently over 169 COVID-19 vaccine candidates under development, with 26 of these in the human trial phase, according to the World Health Organization.

It’s important to note that a COVID-19 vaccine currently does not exist. But that hasn’t stopped people from expressing concerns about how safe a future coronavirus vaccine would be. Public skepticism is at an all-time high — and some say, that’s for good reason.

It typically takes roughly 10 to 15 years to develop a vaccine. Researchers usually spend that time testing the drug in animals, then in humans to determine whether it is safe, how long it can be effective, and whether it causes any adverse side effects. Rightfully so, this process takes time. Yet, everyone from high-ranking government officials to researchers has promised a coronavirus vaccine could be available as early as January 2021, after only one year or less of clinical study. If that deadline is met, this would be one of the fastest vaccines to ever earn Food and Drug Administration (FDA) approval, coming second only to the mumps vaccine which took four years to study, approve and license.

Why, then, should the public trust a vaccine that has been developed so quickly with so little long-term data? And what can public health officials do to get people to agree to be vaccinated once a coronavirus vaccine is ready?

We spoke with local experts about how much of this skepticism is warranted and what leaders can do to help people overcome their fear of a future coronavirus vaccine. Here’s what they had to say.

Be transparent, and educate the public about the scientific process.

There is a disconnect between the scientific community and everyday people; the average person knows little about how research works or what scientists do. According to Neal Goldstein, an assistant research professor of epidemiology at the Drexel University Dornsife School of Public Health, this disconnect may be driving the skepticism over an impending coronavirus vaccine. The only way scientists can bridge this divide, he says, is by being more transparent about their process.

Goldstein pointed to the recent example of AstraZeneca releasing its clinical trial protocol for a coronavirus vaccine the company is currently testing in humans. This was, of course, done after mounting pressure from the public and the media, but Goldstein says vaccine developers should proactively release as much information as they can to keep the public informed.

“It’s a nice proactive way to be transparent, to hopefully head off some of these concerns that would occur later,” he said.

Goldstein says they should also focus on educating the public about the ambiguous nature of the scientific process.

“Transparency is a huge part of it, but part of this conversation also needs to be telling the public that science is uncertain and explaining how science evolves over time,” he said. “I think that part of the scientific process needs to be relayed very clearly to the average citizen so they understand that this is not an exact science and that this is why it takes time to do these things and why we have to have these studies that take a very long time to conduct because there is this uncertainty that we need to try to minimize as much as possible before we have this unprecedented vaccination rollout.”

Even before a coronavirus vaccine was in the works, people had fears and concerns about vaccines. Director of the Vaccine Education Center and professor of pediatrics in the division of infectious diseases at Children’s Hospital of Philadelphia Paul Offit says those fears are best overcome by proven efficacy; showing people, through data, how effective the vaccine is.

“I think when you asked the question, ‘Would you get a COVID-19 vaccine?’ the question you’re really asking is would you get a theoretical vaccine because there is no COVID-19 vaccine at the moment,” he explained. “So then the better question becomes, ‘Would you get a vaccine if you knew that it was, let’s say, for example, 75 percent effective at preventing hospitalization and death, that it had been given to 20,000 people safely or that it had been given to thousands of people in your age, racial or co-morbidity group, would you get a vaccine then?’ That’s the better question and if it’s proven effective, I believe most people would say yes.”

Tom Tillett, president and chief executive officer of Ambler-based animal health company, MBF Therapeutics, echoed Offit’s sentiment, noting that the influenza vaccine has been proven to be safe for years, yet many people still choose not to get vaccinated because it’s not as effective as it could be.

“I think one of the issues is that it’s well known that influenza vaccines are generally only 40 to 60 percent effective. And people think, ‘if it only works around half the time anyway, why should I get it?” Tillett explained.

“The FDA has set the bar relatively low at 50 percent efficacy or effectiveness for these vaccines. So, another concern is, if they are only 50 percent effective, will that discourage people from getting one and how do you overcome that? I don’t have the answer to that, but I see that as an emerging issue.”

Wait until after the election.

Much of the conversation about a coronavirus vaccine has been shrouded in political posturing. With a national election just 30 days away, several candidates, including the sitting president, have begun using their platforms to make claims about their role in helping bring a COVID-19 vaccine to fruition.

Tillett says this is precisely why, no matter how soon a vaccine is ready, companies should at least wait until after the election to release it.

“Nothing needs to happen before the election, because if it does, the vast majority of people will say the only reason it was approved at that time was that Trump wanted to push it forward and they’ll assume [the vaccine] is not actually ready,” he said.

“If it is approved before the election, we’ll have dug ourselves into a hole. No matter what is said, that action will dig us into a hole that will be difficult to get out of.”

Vaccinate public officials first, and do it publicly.

When the election is over, however, Tillett says the best way to get the public on board with getting an available coronavirus vaccine is to have the nation’s top government and public health officials show the public that they’re willing to get vaccinated first.

“If the approval comes sometime after November 3rd, I think the first thing that needs to happen is Donald Trump, Mike Pence, Joe Biden, Kamala Harris, Nancy Pelosi, Mitch McConnell and Dr. Fauci should all line up on the White House lawn and get vaccinated,” he said.

“There ought to be a mass vaccination of senior public officials saying, ‘I’m volunteering to do this.’ That will speak the loudest to the American people on both the left and the right, that this is a safe vaccine, this is something you should do, it’s the right thing for an American to do.”

Goldstein added that the government should consider getting celebrities and influencers involved in the effort to encourage vaccination as well, similar to what was done around the 1950s Polio outbreak and the subsequent push to get a vaccine to the population as quickly as possible.

“That was a very successful campaign and it started at the highest level with president FDR who, at the time, created this organization that later became the March of Dimes, saying from the highest level that we support the polio vaccine,” Goldstein said.

“It wasn’t just one person leading the charge; they had celebrities promoting the vaccine on radio and television, and there was just a very concerted effort across a great number of parties in everything from science to politics, to even entertainment saying this is an important vaccine and we’re getting it, so you should get it as well.”

There’s no question that skepticism around any vaccine, and medicine in general, is often higher in minority communities. Since evidence has emerged proving minority communities have been disproportionately impacted by COVID-19, Tillett says, for valid reasons, that distrust has likely increased.

“It’s well known amongst the clinical trial community that is difficult to recruit, particularly Black people into clinical trials because of the Tuskegee experiments and so many other things that have gone on; there’s a rational reason behind it, but this population still needs the vaccine,” he said.

Ala Stanford, founder of the Black Doctors COVID-19 Consortium (BDCC), says the best way for public health officials to reach diverse communities with their messages may be to simply ask community members what would make them feel more comfortable with the idea of getting a vaccine. Stanford’s group has tested nearly 11,000 people for COVID-19 since April, one percent of whom identified as Asian, three percent Latinx, 10 percent White, and 86 percent Black. This month, the BDCC will be adding a psychometric scale to its pre-screening questions to gauge attitudes and perceptions related to the coronavirus vaccine. The survey was developed in conjunction with the department of psychiatry at the University of Pennsylvania.

“From this psychometric tool, what I hope to learn is how people feel about the vaccine and what would make them more inclined to take the vaccine as well as their overall emotional health during the pandemic,” she said. “Speak to the people. That is what the BDCC has been doing and will continue to do now with the survey.”