Beyonce’s Dad Has Breast Cancer. So Do Thousands of Other Men in America

In light of the recent news, Penn oncologist Susan Domcheck debunks a few myths about men and breast cancer, and the importance of knowing your family’s medical history. 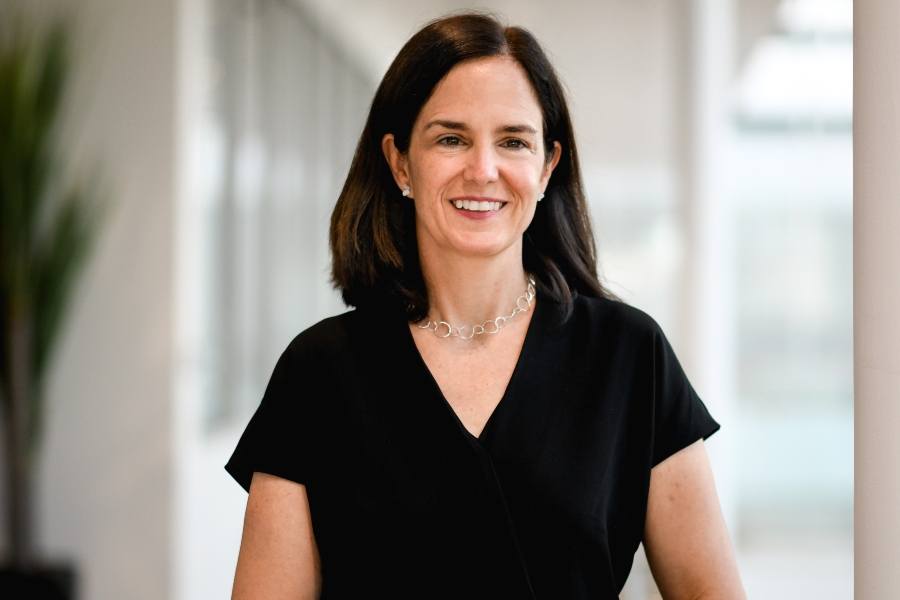 Susan Domchek is a medical oncologist and the director of the Basser Center for BRCA at the University of Pennsylvania. / Courtesy

This week, Mathew Knowles, father of Beyoncé and Solange Knowles, revealed he’s been diagnosed with breast cancer. Many people were surprised by the news. That’s because when it comes to breast cancer, we rarely talk about men.

It’s really quite simple: men have breast tissue, which means they, too, can get breast cancer. However, it is a rare occurrence. According to Susan G. Komen, only one percent of all breast cancer cases in the U.S. occur in men. That may sound like a small number, but Knowles is actually one of more than 2,000 men who are diagnosed with breast cancer each year in the U.S. More than 400 men die from the disease each year.

Factors that increase the risk of breast cancer in men include having a family history of certain cancers, obesity, older age, and having a specific gene mutation. For Knowles, 67, it was the latter two.

By discussing his diagnosis, Knowles has now made it easier for his daughters to assess their own risk for developing cancer. But not everyone knows their family’s medical history or has access to the genetic tests that help identify cancer risks.

NextHealth PHL spoke with Susan Domchek, a medical oncologist and the director of the Basser Center for BRCA at the University of Pennsylvania to learn more about the role of genetics in understanding disease and the many myths surrounding breast cancer.

NextHealth PHL: Why do you think so many people are surprised to learn that a man can have breast cancer?
Domchek: It is still not well known or understood that men can get breast cancer. I’ll be honest, I’m not sure why. I don’t think it helps that October, being Breast Cancer Awareness month, is all about pink and we tend to focus on our moms and our wives and the women we love, but men get breast cancer, too.

Can you explain the BRCA1 and BRCA2 genes? Does Mathew Knowles’ diagnosis mean his daughters Beyoncé and Solange might be likelier to get breast cancer at some point in their lives?
There are things that increase the risk of male breast cancer and one of those is having a genetic susceptibility to cancer. BRCA2 is the gene that is most strongly associated with male breast cancer. This is something that you’ll often hear talked about as sort of a breast cancer gene but another thing that’s very important is that these mutations in these genes are also associated with other kinds of cancer, including aggressive prostate cancer, pancreatic cancer and melanoma. So there are other risks as well.

BRCA1 and BRCA2 are genes that everyone has, and in a normal cell, these genes help repair double-stranded DNA breaks or DNA damage. It’s only if you inherit a bad copy or a mutation in one of these genes that you get increased risk for cancer, including breast, ovarian, male breast cancer, pancreatic cancer, prostate cancer and melanoma. You have to inherit a bad copy, and if you have a bad copy, there’s a 50 percent chance that you got it from your mom and a 50 percent chance that you got it from your dad. That’s another thing that’s not well understood. People think that the only family history that matters is their mom’s side; that’s not true. You can inherit a mutation from either your mom or your dad. If someone has a mutation then his or her children each have a 50 percent chance of having a mutation as well.

As Mathew Knowles disclosed, he has a BRCA2 mutation. Because he has it, his first relatives each have a 50 percent chance of having that same mutation. They can get an easy test either by blood or even just spitting in a tube, and that will give them the answer as to whether or not they have that gene mutation.

What can men do proactively to prevent a breast cancer diagnosis or what signs should they be looking out for?
We know that some people are at higher risk for having BRCA1 and BRCA2 mutations than others, and it’s really super important to know your family history and many people don’t. Say, for instance, Mr. Knowles does have a family history of breast cancer. We generally talk about genetic testing with individuals who have a known family history of breast, ovarian, prostate, or pancreatic cancer.

In addition, some ethnicities have a bigger risk of having BRCA1 or BRCA2 mutations. For example, people who are of Ashkenazi Jewish descent have a one in 40 chance of having a BRCA1 or BRCA2 mutation. In those cases, we have a very low threshold for doing genetic testing. Having said that, a lot of people don’t know their family history or they think that history doesn’t matter because it’s on their dad’s side. There are also a lot of people out there who aren’t getting tested despite having this information, so we need to encourage people to find out their family history and talk to their physicians as well.

Are there any new studies underway or treatments in the works for people with breast cancer?
We have something at Penn called the Basser Center for BRCA, and we and others have been doing a lot of work in both understanding why cancers develop but also, in the advanced setting, making sure we have better opportunities to treat them.

There have been multiple new FDA-approved medications for BRCA1 and BRCA2 mutations in drugs called PARP inhibitors. It’s really important and impactful that we better understand these genes and we also make sure that those individuals who are at risk of having them have an opportunity to get testing. We know that fewer individuals that belong to underrepresented minority communities get genetic testing than white individuals. So we’re also trying to reduce those disparities and to have everyone have access to the genetic testing that they need.

What’s the prognosis for someone like Mathew Knowles?
Individuals who are diagnosed with early-stage breast cancer have an excellent prognosis, and it really depends on the details of their case whether they’ll need to just take hormone pills, for instance, or whether they’ll need chemotherapy. We are doing better in terms of improving the outcomes of individuals with breast cancer. The one thing, for men, is that we still lag behind in terms of early diagnosis, so we need to work on that as well.