The clinical trial could advance treatment for people with mild-to-moderate Alzheimer’s disease. Here's why that would be groundbreaking. 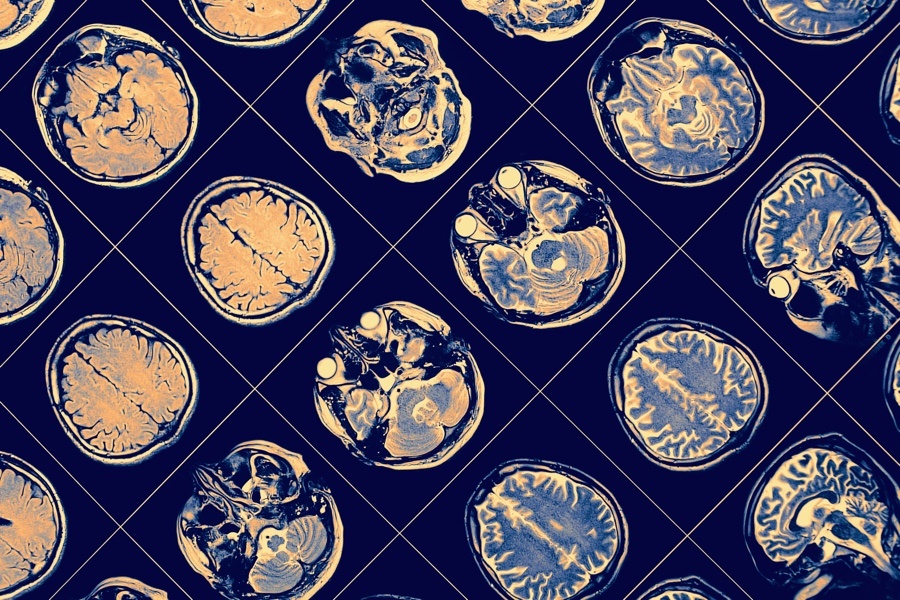 Keystone Clinical Studies, a clinical research site in Norristown, has screened its first participants in a first-of-its-kind clinical trial. Known as T2 Protect AD, the trial aims to test the efficacy of an investigational treatment for mild-to-moderate Alzheimer’s disease (AD). Keystone is now one of 40 medical and academic clinical sites across the country and one of only two sites in Pennsylvania enrolling participants in the Phase II trial. The new drug, troriluzole, may have the potential to “protect against, slow down, and improve the memory and thinking problems that increase as AD progresses,” according to the trial’s website.

High levels of the chemical glutamate in the brain can lead to brain cell dysfunction and disease, including AD. Troriluzole aims to balance levels of glutamate to protect against neuron loss.

Cherian Verghese, principal investigator and founder of Keystone Clinical Studies, says he’s most excited about the drug’s potential to improve symptoms for people who already have AD.

“We badly need symptomatic therapies for mild to moderate stages of Alzheimer’s disease, when memory and thinking problems interfere with daily life. What really excites me is that Troriluzole has the potential to improve cognitive symptoms in people with Alzheimer’s disease,” Verghese said. “We are hoping this drug truly makes a difference in this illness.”

The study is sponsored by New Haven-based Biohaven Pharmaceuticals, and is coordinated by the Alzheimer’s Disease Cooperative Study (ADCS) at the University of California, San Diego.

Keystone and Abington Neurological Associates in Willow Grove, Pa. are the only sites in the state that are enrolling participants in the trial. Clinicians at both locations are seeking eligible participants between ages 50 and 85 who have been diagnosed with mild-to-moderate Alzheimer’s disease and have already been treated with Alzheimer’s medications for at least three months. Participants must have a study partner who has regular contact with the clinical trial candidate and is able to attend study visits.

So far, Keystone has screened two patients but neither qualified to be enrolled. Abington Neurological Associates has screened and enrolled 12 people in the study.

“The trial is important because of the unmet need in Alzheimer’s disease,” said Cheryl Pugh, a clinical research coordinator at Abington Neurological Associates. “We’ve got to develop an intervention to slow the disease down and preserve cognitive functioning.  The only way we can do that is through clinical trials.”

Participants will be enrolled in the study for a total of 48 weeks. After receiving a dose of the active drug, or a placebo, participants will be required to visit the study clinic nine times over the course of the trial. They’ll also undergo magnetic resonance imaging (MRI) scans at the beginning and end of the trial. By the end of the trial, researchers hope to prove Troriluzole is capable of slowing down memory loss and improving thinking skills in people with AD.

“If the study works as is hoped, with all the caveats, it would show that the patients on the active study drug stayed at the cognitive and functional level they were at when they joined the study, and the people on the placebo would show the usual deterioration that happens with Alzheimer’s Dementia,” Verghese said.

An estimated 5.7 million people in the U.S. suffer from mild-to-moderate AD, with those numbers expected to triple by 2050 without prevention or cure, according to the Alzheimer’s Association. In Pennsylvania, AD affects roughly 280,000 residents. To date, only five prescription drugs have been approved by the U.S. Food and Drug Administration to treat its symptoms and a majority of recent Alzheimer’s research has been focused on earlier stages of the disease, leaving people who are already diagnosed with the disease with few options.

“Much of the focus in the field is on medications for persons in the very early stages of Alzheimer’s Disease when people just have memory problems and have not yet developed Alzheimer’s Dementia,” he explained.

“This T2 Protect study addresses a much-needed aspect of this disease, people who already have Alzheimer’s Dementia, to try and slow down the dementia process. Simply put, we need to identify more and better treatments for the millions of people already diagnosed with Alzheimer’s disease and the T2 Protect Study is designed for that population.”

David Wolk, associate professor of neurology and co-director of the Penn Memory Center — which is currently enrolling patients in its own phase II trial for an investigational drug for AD — says both early research and treatments for those living with the disease are important.

“Technological advances in biomarker measurements are allowing researchers to identify individuals who are asymptomatic, but at increased risk for developing Alzheimer’s disease. These individuals have become an appealing target for intervention studies to potentially prevent development of disease,” Wolk said.

“However, it is important that the field does not lose sight of those persons already living with Alzheimer’s disease, which number more than 5 million in the United States, and that we continue to make progress in ameliorating their symptoms and optimize their function and quality of life. At the Penn Memory Center, the PEGASUS Study provides an opportunity for this population, but more studies need to be undertaken in the coming years.”