The Bucks County incubator has a new investment fund to bolster its support “expedite impactful scientific discoveries” in the Philadelphia region. 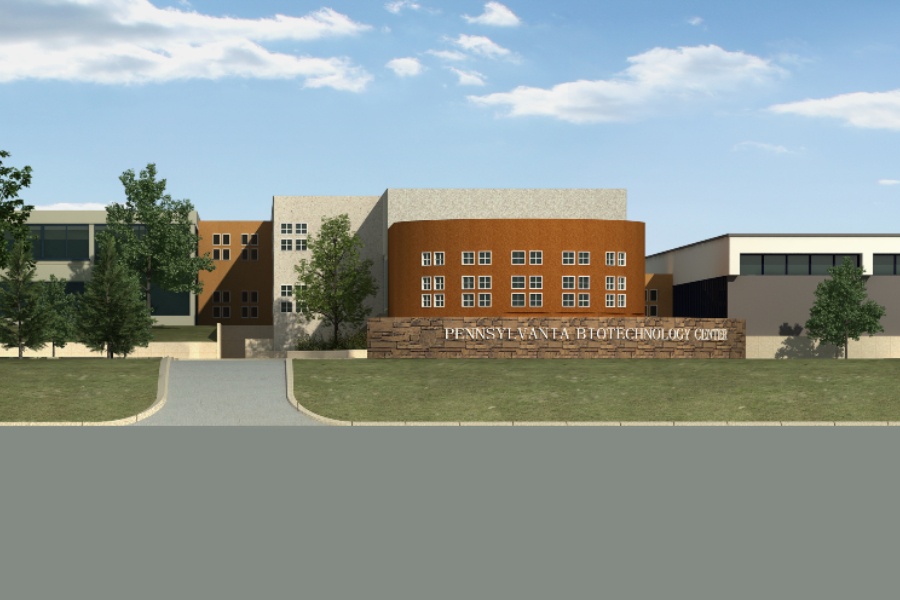 Mock-up of the 50,000-square-foot addition to the Pennsylvania Biotechnology Center. / PABC

The Pennsylvania Biotechnology Center (PABC) has been supporting life science startups for 13 years, providing the office space, labs, mentorship, and other resources the young companies need to grow. Now the Doylestown-based organization is doubling down on its mission. PABC recently announced the creation of Hatch BioFund Management, a new internal investment arm, and the establishment of an accelerator program to be housed in a 50,000-square-foot campus expansion, scheduled for completion in 2020.

The new fund will be managed by Vladimir Walko, a former healthcare investment banker with experience in pharmaceutical services and private equity. The PABC is also partnering with Discovery Labs to bring its business incubator model to a second location within the new Discovery Labs campus in King of Prussia.

NextHealth PHL spoke with Walko and PABC’s chief operating officer, Lou Kassa, to learn more about the center’s new bio-accelerator program and their strategy for investing in the region’s growing life sciences community.

NextHealth PHL: Why did PABC decide to create the Hatch Management Fund?
Walko: When I first visited PABC and had some conversations with Lou, I knew they had an opportunity to generate enormous returns but they didn’t have a fund of their own. There had been tremendous returns, historically — in terms of the companies going on to do really well — but the center had not really benefitted from it.

For the first time, [PABC] will be able to take advantage of what it has created there, which is a very unique ecosystem that has academia, research, and young entrepreneurs involved in a community that really helps each other. Often, when you’re going through your usual terms of incubating, it’s often just for the real estate. But the Biotech Center has this sense of community where people actually care about each other and are helping each other. And they really have a track record of very few companies failing because of that.

How will the new fund impact research?
Walko: The PABC is managed by the Baruch Blumberg Institute, the research arm of the Hepatitis B Foundation. So, the other benefactor here is the nonprofit foundation working on Hepatitis B and liver cancer research. So it’s a socially responsible fund because any of the major returns that are generated from the fund would go back into that research.

What prompted the Bucks County campus expansion and what will the new space include?
Kassa: We’ve been at full capacity for five years. We’re going through a major campus expansion to add another 30 to 40 percent of the critical lab and office space that we need. There will be about 15,000 square feet of new lab and office space, and other things that we need for our campus including an amphitheater and conference room space. It’s been in the planning stages for a long time. 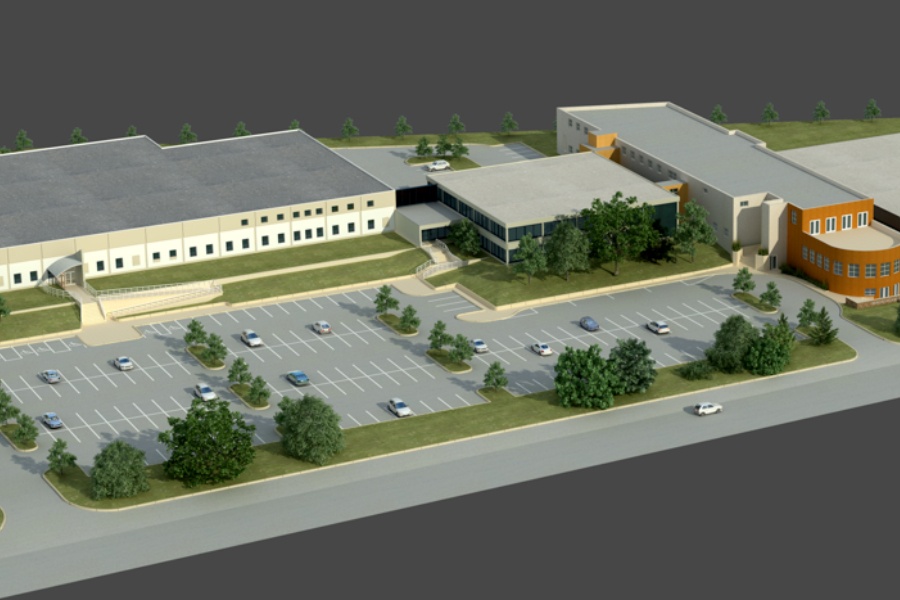 Mock-up of the 50,000-square-foot addition to the Pennsylvania Biotechnology Center. / PABC

What is your investment strategy for the new fund?
Walko: We have two pathways to investment, one being through the incubator and the other through the accelerator. Support through the incubator fund will be for those companies that have been around for a little while; they’ve probably had their friends and families invest and are now looking to do their first Series A investment. They’ll likely be looking for a few million dollars. So, we’ll put one to three million into those types of companies to take them to the next stage of their development.

The Bio accelerator is a little different. There, we’re starting companies from an idea or a concept. For these early-stage companies, we might give them $250,000, legal and accounting services, a mentor — all the things they need to get started.

How will you mitigate the risk of investing in early-stage companies?
Walko: I always make the analogy that we’re like high school teachers, and we put all of these kids through their progress. So after two years or so, when they want to go on to college, we can pick the best of the best. And we’re able to do our due diligence in getting to know these companies because we spend years instead of hours or days with them. This helps us to hopefully pick the investment that is the best. From there, we put together a deal structure that includes a review by an investment committee, a scientific advisory board, and the management of Hatch, and they would jointly make the decision to go forward with an investment.

Another part of the strategy is not to evict any of the older companies. They stay around and continue to mentor the young companies and provide them with advice, and sometimes services and shared equipment, to help the young companies as they’re coming along. If we can bring the risk down by providing mentoring from mentors who have been through it before and can help them go down the path in an environment that helps them succeed, it really makes a difference.

How do you think these new developments will impact the local life sciences community in the next five to ten years?
Walko: One of the bigger picture things is that hopefully some of these things will tip the scale toward Philadelphia and the region. Boston is so oversaturated and expensive and so is San Francisco. The world is looking for the next hub, and they want a place that has the technology and entrepreneurship, and most importantly, the money. That’s where we come in. Although more companies were developed here in the last two years than ever, the money available to them in Philadelphia has been consistently dropping. There are very few VCs left in Philadelphia, so we have to really figure out how to bring that money here. We’re taking a small step by providing $50 million, but it’s a very important step because if you look at the areas where the money is missing, it’s mostly missing in the high-risk, early-stage companies. We’re doing our part to change that.

We’d love to get the state of Pennsylvania to understand more about how we can impact jobs by investing in biotech. There are a lot of other states like California and Massachusetts that support and invest very heavily in those industries. And we have such an opportunity here because we have the universities, the research centers, the talent pool, the pharma companies. The two that are really missing is additional funding and government participation. We would love to see Philadelphia become of the next big hub in the United States where biotech is developing.

Kassa: We want to expedite impactful scientific discoveries in this region. We have the scientific talent—just within 100 miles of our Doylestown location, we have over 70 percent of all pharma. We’re the only incubator in Doylestown that has companies coming from Princeton and Penn. We’re in the heart of the pharma belt, and we hope to replicate our incubator model in King of Prussia at the Discovery Labs. Ultimately, we’re a research institute. We’re trying to cure Hepatitis B and liver cancer. If there are any returns from the fund back to the Blumburg Institute, it would allow us to hire more scientists and find more cures. That’s really what this is all about.