Biotech Tour: Inside That Enormous Life Sciences Co-Working Campus in King of Prussia

The Discovery Labs claims it’s the largest co-working facility for life sciences and technology in the world. With capacity for 3,000 workers, it may well be. 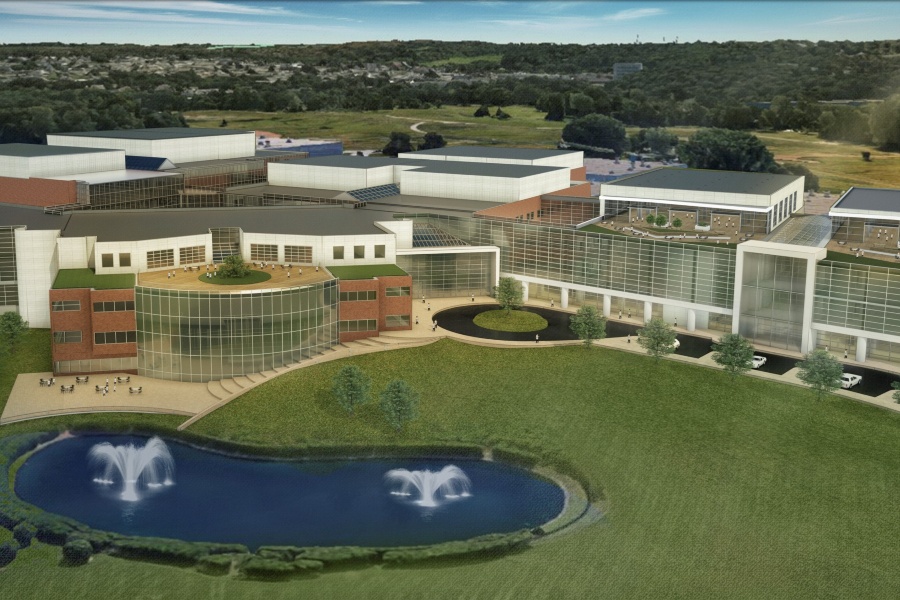 Nestled in King of Prussia is what developers say is a first for the world: the “largest co-working ecosystem for healthcare, life sciences and technology-enabled companies” known as The Discovery Labs. The new co-working campus, which sits on more than 200 acres of land, is being developed by real estate investor MLP Ventures in the vast one million-square-foot former R&D facility of pharma giant GlaxoSmithKline.

Renovations are scheduled to be completed in the next 18 months, but the existing $1 billion infrastructure is already welcoming companies. The site’s offerings allow organizations to customize a few small labs or an entire building to their liking, and begin working without having to wait through lengthy permit and construction processes.

Here are the top features I noticed on the tour that make The Discovery Labs one of a kind:

The former GlaxoSmithKline West Upper Merion campus is unique. In the hands of its new owners, it’s a prime location rediscovered. Situated in what some call ConshoPrussia, The Discovery Labs sits between the amenity-rich Conshohocken and King of Prussia neighborhoods; both of which offer a range of options for housing and connections to the region via public transit and highway connectors. 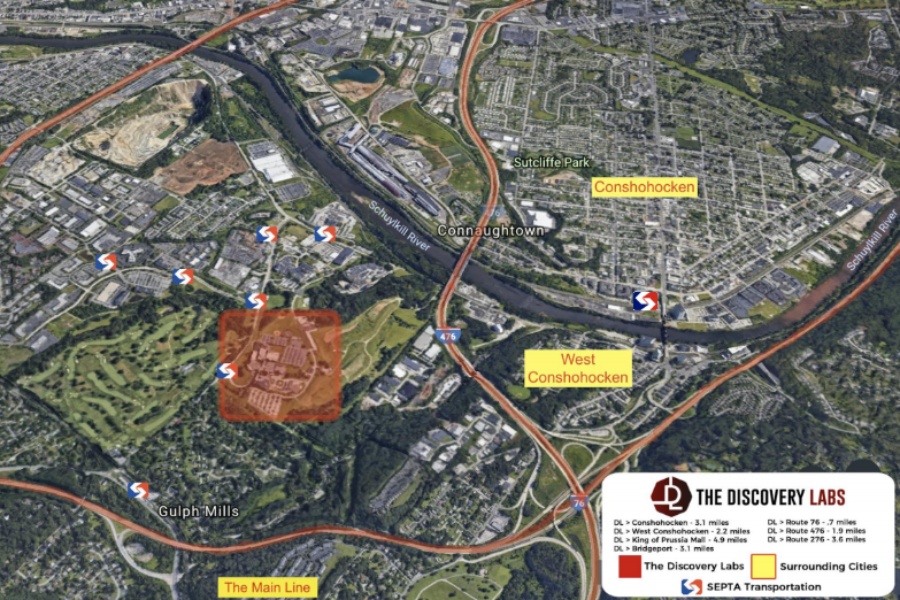 When choosing to establish in a new location, companies always consider whether their workforce will be able to afford to live nearby. Employees who work at The Discovery Labs have the benefit of avoiding the city wage tax while gaining access to good public schools, relatively low property taxes, and reasonably priced housing.

According to Corcoran, the average age of a person working in the life sciences is 40 years old.

“They’re in a different stage in life,” he explained. “They want good real estate options but they still want to be close to the city. Here they can have a yard and a house for the cost of an apartment in one of the bigger cities.”

The Discovery Labs is situated:

“Companies doing business in the UK, China, and other countries have been in the gene and cell therapy business for some time now and may be looking to expand their operations in the U.S.,” Greenberg explained. “But even for companies in the states, many of them choose Philadelphia because of the close proximity to Penn and all of the innovative work being done in the region.” 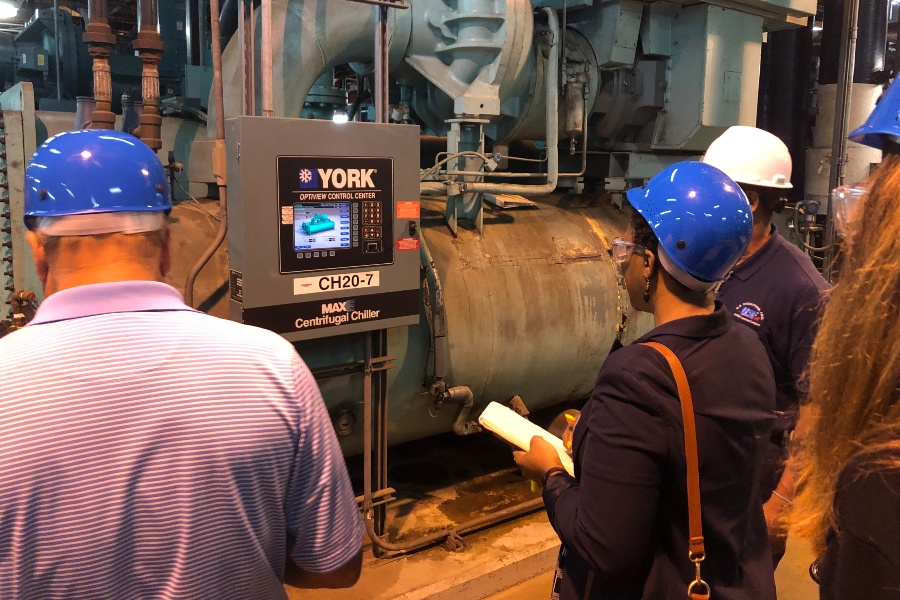 Every coworking campus tends to have a pretty interior design that attracts companies with modern furniture and brightly colored décor. Beneath the ‘pretty’ are the bones: the piping, wiring, power supply and other construction elements that ensure the space is functional and structurally sound. Life science companies rely on the latter, as years of research could be upended by an untimely power outage or system failure.

I donned a hardhat and earplugs for a walkthrough of the central utility plant, where 24-hour staff and monitoring systems control 400 yards of compressed air, steam, and chilled water piping systems to ensure the continuous flow of resources to labs.

At the moment, The Discovery Labs’ strength is its infrastructure. The site boasts extensive utilities with multiple back-up units, including:

Much of this was inherited in pristine condition from GSK.

When you think of Google or Facebook, you think of a cool workspace. When you think of the life sciences, you don’t. In fact, you probably envision a dark, windowless room with lots of piping and machinery. Heany believes science spaces can be functional and cool, too. It’s why the company is investing in a slew of renovations and additions to the legacy science space.

“If you want to attract the best and brightest you have to offer them the best,” Heany said.

When I walked through The Discovery Labs, it was quiet and relatively empty, as companies are still in the process of moving in. But the new owners envision a bustling community where residents will live, work, and play. If the upgrades to existing amenities and new additions are constructed as described, the hub will be even more impressive. 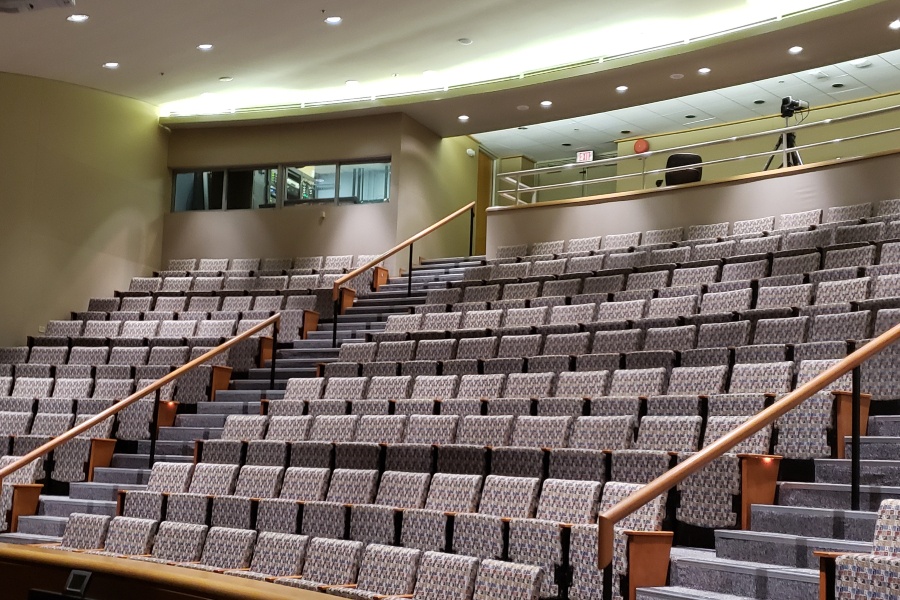 The 250-seat auditorium at the Discovery Labs. / Queen Muse

There’s an existing 250-seat auditorium with stadium seating. The videoconference adjoining meeting rooms make the space feel like a mini version of the Pennsylvania Convention Center. Just across from the auditorium is a full-service kitchen and cafeteria space that developers plan on converting to a restaurant-like venue, capable of seating 175 people indoors and roughly 50 outdoors. 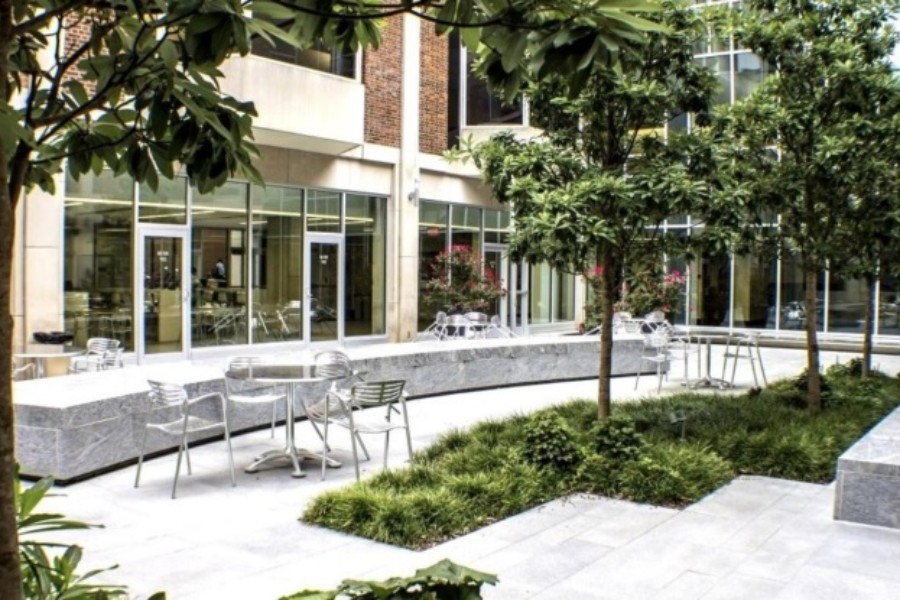 The campus is structured in a way that each of the 12 buildings is connected by an interior glass walkway, allowing employees to move from secured spaces to communal atriums to connect and collaborate. There are also several outdoor atriums with seating under tree canopies that look like the ideal place for a lunch break. 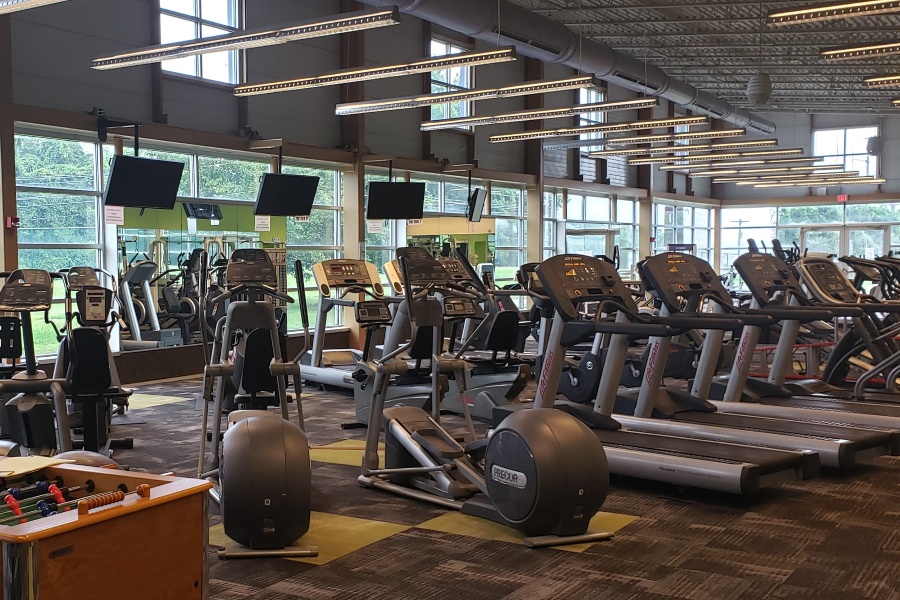 The 14,000-square-foot fitness center at The Discovery Labs. / Queen Muse

“Having a helipad and being 20 minutes away from an international airport is important for specimen transfers and samples that need to be moved quickly,” she said. 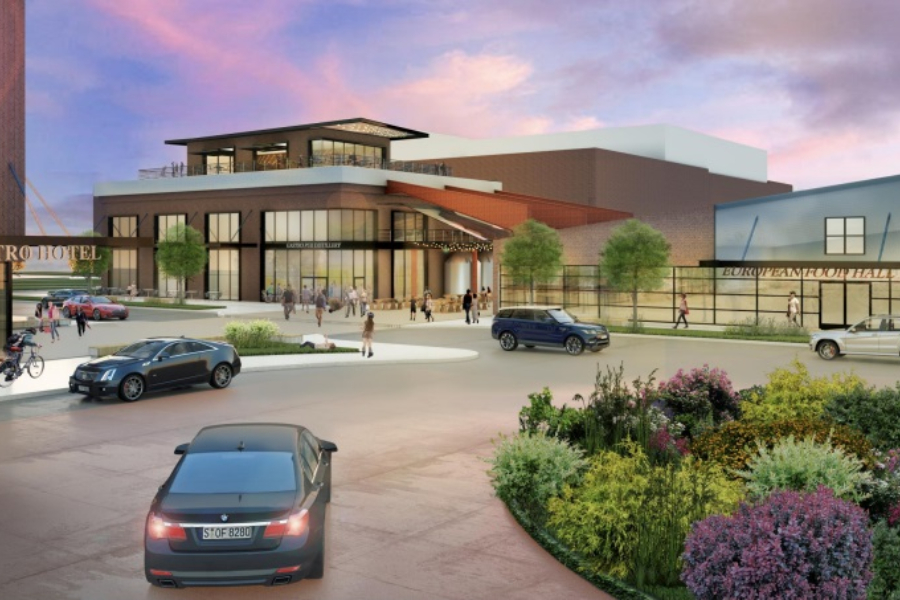 The Discovery Labs campus will soon include a hotel, brewpub and distillery, among other amenities.

One of the most exciting proposed additions to the site is the renovation of a hotel, brewpub and distillery, and rooftop restaurant. Developers are calling the social center The Discovery Village. When complete, it will be located just across from the fitness center.

During my tour, I took roughly 3,000 steps in a little over an hour of walking through only a small portion of the site grounds. Despite its walkability, residents can expect to do quite a bit of walking to get in between buildings. Developers are in the process of initiating a shuttle service called IQConnect that will use an Uber-like application to transport employees to and from nearby transit stations, restaurants and the King of Prussia Mall.

The Discovery Labs by the Numbers

“In the past 18 months, Philadelphia has seen a 500 percent increase in venture capital funding,” said Greenberg. “The first thing companies do with investment funds is hire people, and then build or look for space for those people to work in.”

With Philadelphia’s current 2.6 percent lab vacancy rate, more companies are looking for spaces that are move-in ready. Impending renovations aside, The Discovery Labs is that space. When renovations are complete, Corcoran believes the campus will be a “millennial magnet.”

Know of a biotech space in the Philadelphia region where innovative work is being produced? Email [email protected] with a pitch to be considered.