After a couple hours of traipsing around a museum, hanger is inevitable. Here's where to eat before a family feud breaks out. 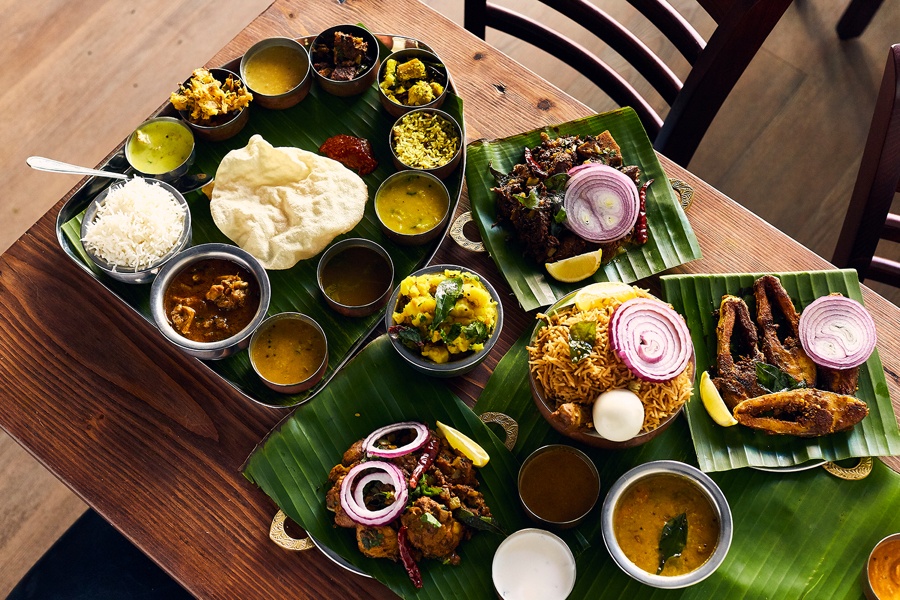 Dinner at Amma’s / Photograph by Will Figg

No matter how confused we may feel when we see people standing in line for the Liberty Bell in 88-degree heat (presumably because they watched National Treasure on an airplane once), Philly’s tourism scene is vital to the city’s economy and we appreciate the sentiment that visitors want to hang out in the city where we live every day. If you’re one of those visitors, welcome — we have lots of recommendations about where you should be eating during your stay here. But if you’re just looking for a convenient (and delicious) meal after checking out one of the city’s institutions, use this list. Especially since after a couple hours of traipsing around a museum or following a tour guide, hanger is inevitable. Make a plan beforehand and maybe — just maybe — you’ll stop a family meltdown from occurring.

Where to eat near … Independence Hall

If the weather is neither swampy nor tundra-esque, grab a quick burger on the upstairs patio at Royal Boucherie, where there are so many hanging plants that you’ll feel like a garden statue who gets to enjoy happy hour deals. If you’re traveling with a crew that has enough people to form a starting NBA lineup, head to Han Dynasty for classic Sichuan food in a restaurant space built into an old bank. Han Dynasty was first started by a mother-son duo in Philly in 2007 (and now there are locations in NYC, as well). Expect the dining room to be huge, the beers to be cold, and the mapo tofu to be tingly. Another sit-down option to consider is Fork — a Philadelphia staple of New American cooking. Fork is open every day except Monday from 11 a.m. to 9 p.m., so it’s a great option for a mid-day meal that involves a nice glass of wine, beef tartare, and a half-dozen oysters. And, of course, you should try ice cream from Franklin Fountain. The shop behaves as somewhat of a tourist destination itself, serving sundaes, scoops, and house-made floats in a room modeled after an old-timey Americana soda fountain. It’s kitschy, wholesome, and the ice cream is as good as you’re currently hoping.

Where to eat near … the Philadelphia Museum of Art

Unlike some museum restaurants, the restaurant in the Philadelphia Museum of Art, Stir, is a perfectly good place to hang out. Sure, the pastas and chopped salads won’t be the best food of your trip by any means, but the Frank Gehry-designed room has a comfortable-elegant thing going for it and your legs will thank you for taking a load off here. (Plus there’s a good wine list.) If you’d rather stick with something quick, the cafe inside the museum hosts chef pop-ups on the weekends, and it’s worth checking out their Instagram to see what’s going on. For those of you who are ready to leave the museum (looking at you, Uncle Michael), try Pizzeria Vetri a few blocks away. It’s right across from The Barnes Foundation — another museum worth checking out — and serves seasonal salads and standard Neopolitan pizzas. It’s just as appropriate for families with kids as it it would be with a date on a weekend trip. P.S., a ticket to the PMA gets you admission to the Rodin Museum as well, and entry is good for two consecutive days. 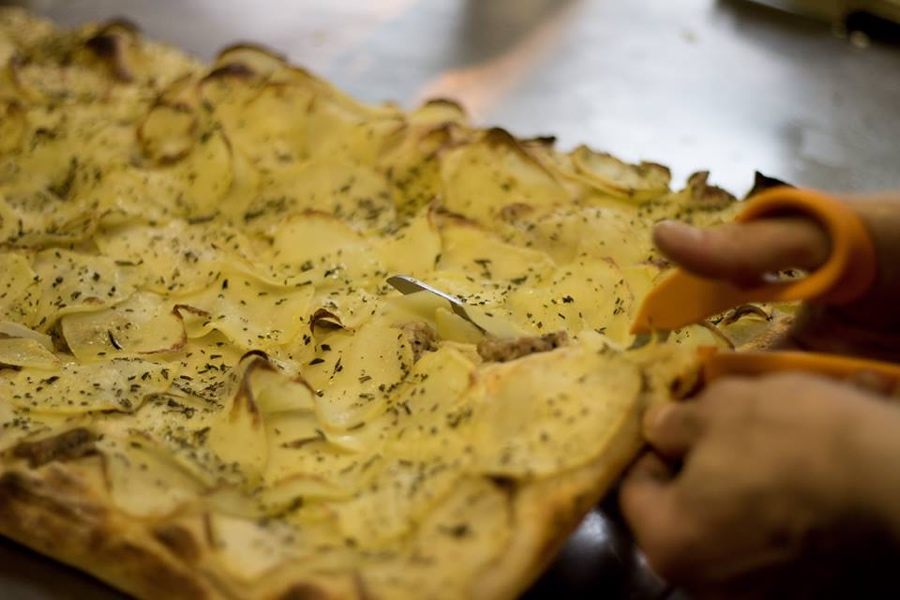 Where to eat near … the Franklin Institute

We firmly believe you cannot age out of The Franklin Institute, the science and technology museum/wonderland for adults and kids alike. (If you don’t buy this argument, head to the sports room where you can mount a moving surf board and cosplay as a Nike-sponsored Olympian.) But all that excitement can work up an appetite. Rione, located just a couple of blocks from the museum, is a casual Roman-style spot where everyone you’re traveling with can forge their own pizza path. Here’s how it works: gaze into a glass case and choose your desired slices — focaccia-like rectangles with crispy bottoms and air-pocketed centers, ranging from classic margarita to seasonal options like zucchini and cream — then the staff will weigh your total. Another option for an afternoon hang: head to Victory Brewing.This is Philly’s biggest local brewery, kids are welcome, and there’s a menu of soft pretzels and hot-honey popcorn shrimp.

Where to eat near … City Hall

Compared to other cities, Philly’s downtown area isn’t super spread out. So it’s easy to walk from City Hall — where you’ll find LOVE Park, architecture tours, and Dilworth Park— to much of Center City and Rittenhouse Square. But, if you don’t feel like venturing too far, eat some South Indian food at Amma’s a few blocks away. They serve chai that will perk you up for the rest of the day, as well as veggie thali that costs around $15 (each one comes with little bowls of stews and soups, plus chutneys, rice, and chapati). Slightly north of Amma’s, you’ll find Baology — a fast-casual Taiwanese spot that specializes in handmade dumplings, bing wraps, and noodle bowls for lunch. Or, for a much-needed caffeine boost and breakfast, hit Vernick Coffee Bar, a slick spot in the lobby of the Comcast Building where you can get a very good iced coffee, a pastry, and a breakfast sandwich. 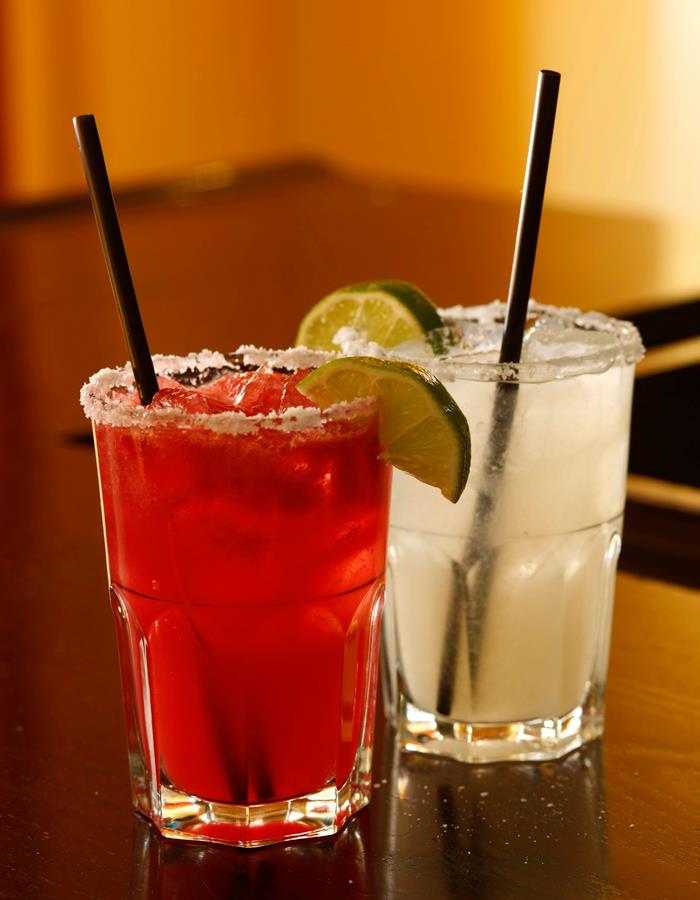 Where to eat near … the Eastern State Penitentiary

For context, the Eastern State Penitentiary is a somewhat-spooky former prison to the stars. Its main claims to fame include imprisoning Al Capone and hosting a haunted house during Halloween. In the summer, though, an evening visit to the Eastern State Penitentiary also means entrance to the Fair Chance Beer Garden operated by Triple Bottom Brewery. Here, you can drink some local beer and check out their criminal justice reform and social equity programming. And if you’re looking for a sit-down meal nearby, head across the street to Fare for flatbreads, fried calamari, and the like, plus a good bar with happy hour deals. A few blocks away is La Calaca Feliz, a popular neighborhood Mexican restaurant great for dining with kids — they do all the classics like enchiladas and nachos, as well as a nice selection of seafood dishes. And, for something Greek and particularly Fairmount-feeling, try Zorba’s. It’s been in the neighborhood for more than 20 years and we’d bet there won’t be too many other tourists there eating taramasalata and grilled lamb chops next to you. You can bring your own wine or beer here — another important Philly phenomenon you should experience at least once.