Parc Is the Best Stephen Starr Restaurant in Philadelphia 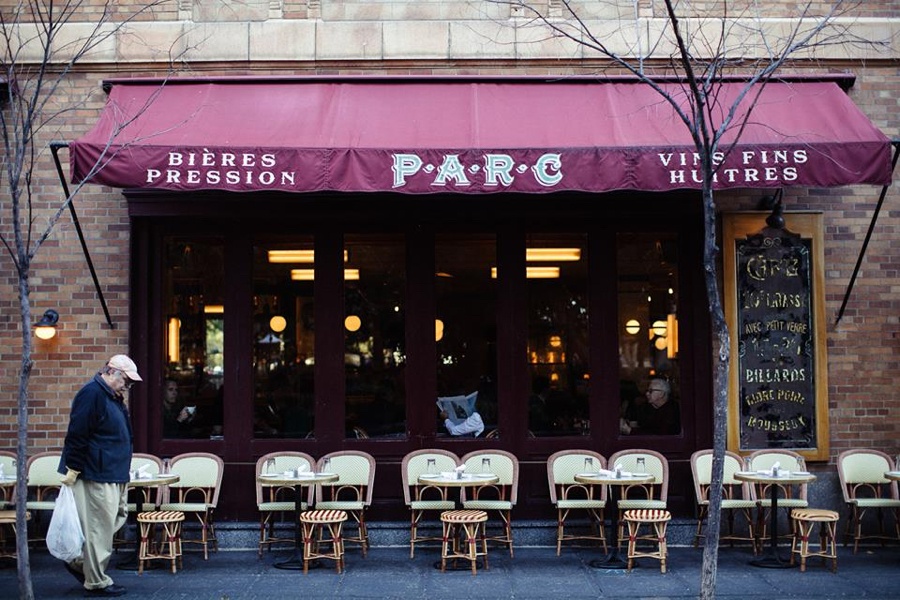 Every holiday season, Stephen Starr’s restaurant group does a company-wide push to sell Starr Restaurants gift cards. It’s a big deal — there’s even an internal competition between the restaurants to see which spot can sell the most gift cards.

And every holiday season, thousands of Philadelphians (and relatives and friends of Philadelphians) find Starr Restaurants gift cards in their stockings. It’s a great gift, of course, given that there are 20 Starr restaurants in Philly to choose from. But too many options can be paralyzing, right? You don’t want to waste it, so it sits in your junk drawer for an entire year. And then you get another one.

To help you out, Foobooz came up with the Starr Restaurants Tournament. (To be clear, this was not sponsored content — just something fun to kick off the new year.) 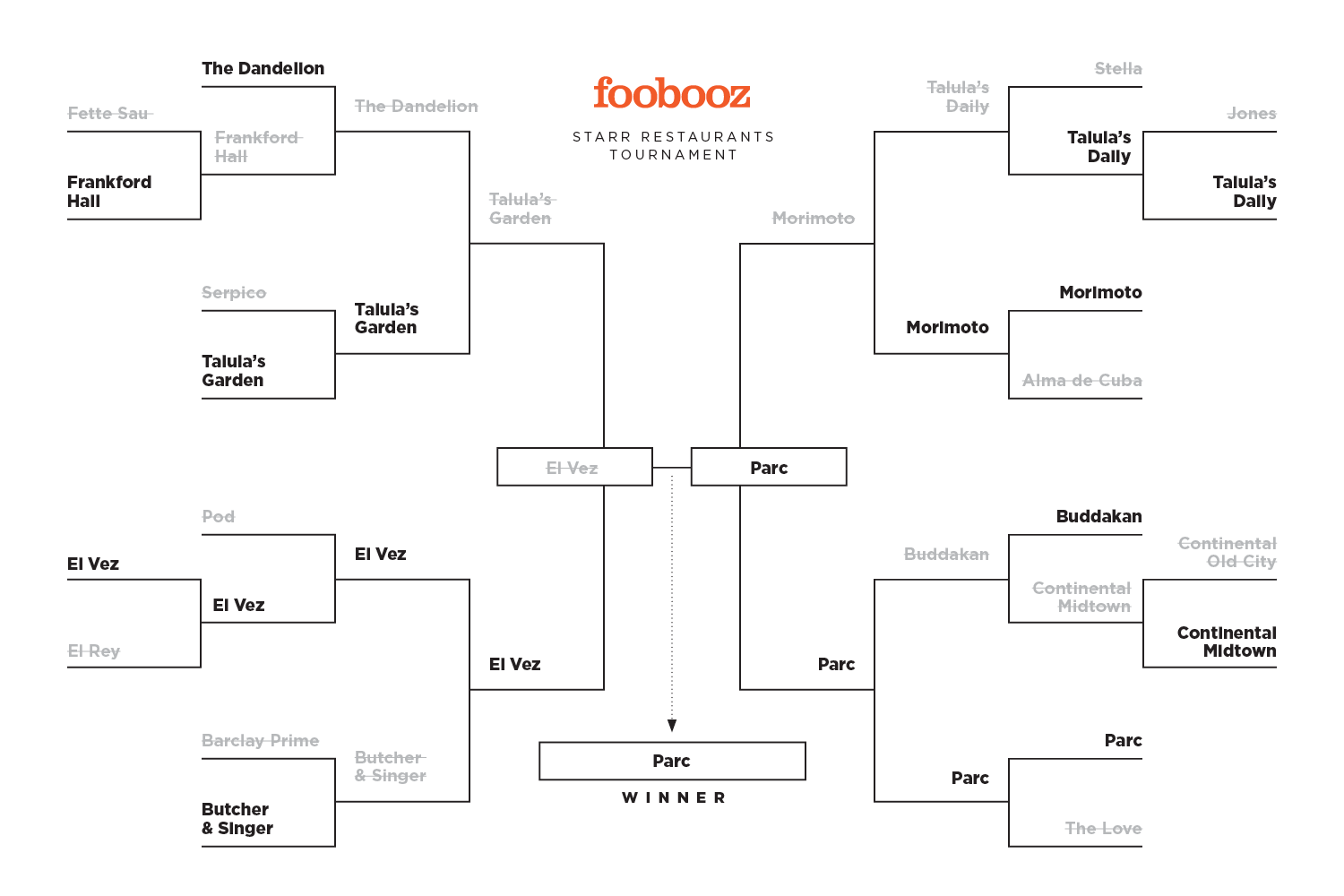 Parc is — as voted by you — the best Stephen Starr restaurant in the city.

And, well, yeah. Parc is a wonderful restaurant, and at this point, a Philly tradition. It is, without a doubt, one of the most impressive restaurant operations Philly has, and might ever have. Running a centrally located full-scale French brasserie, high volume (it’s one of the highest grossing restaurants in the country), at that level of quality — you could write a dissertation on that kind of restaurant model. Everyone who goes to Parc leaves happy. It is the very definition of a crowd-pleaser.

Looking back, though, this was not the bracket I expected when we first set out to do this. Jones out in the wild-card round? Yeah, that’s pretty understandable. People sometimes forget that it’s a Starr restaurant at all.

El Rey is, in my opinion, the better Mexican restaurant in Starr’s empire, let alone a first-round knock-out. And El Vez — how in the world did it get to the finals? The only logical explanation is that every 20-something-year-old in Philly (and Jersey) organized on some Facebook group to push it through.

Stella’s loss to Talula’s Daily was an absolute heartbreaker (the Daily made it into the Round of Eight!), because Stella’s pizzas and homemade pasta specials are easily some of the best in Philly, and it’s always a struggle to come to terms with Talula’s Daily’s high prices. Serpico losing to Talula’s Garden made some sense — Talula’s Garden is a lovely place to dine, especially in the summertime. But Peter Serpico’s modern American menu pushes boundaries, the space is cool as hell, and with a borderline permanent spot on our 50 Best, its first-round defeat was hard to reckon with.

But in the end, Parc winning the whole thing was inevitable, right? It’s just too good at what it does.