Manayunk’s busy new restaurant works because of its messiness of influences and styles, not in spite of them. 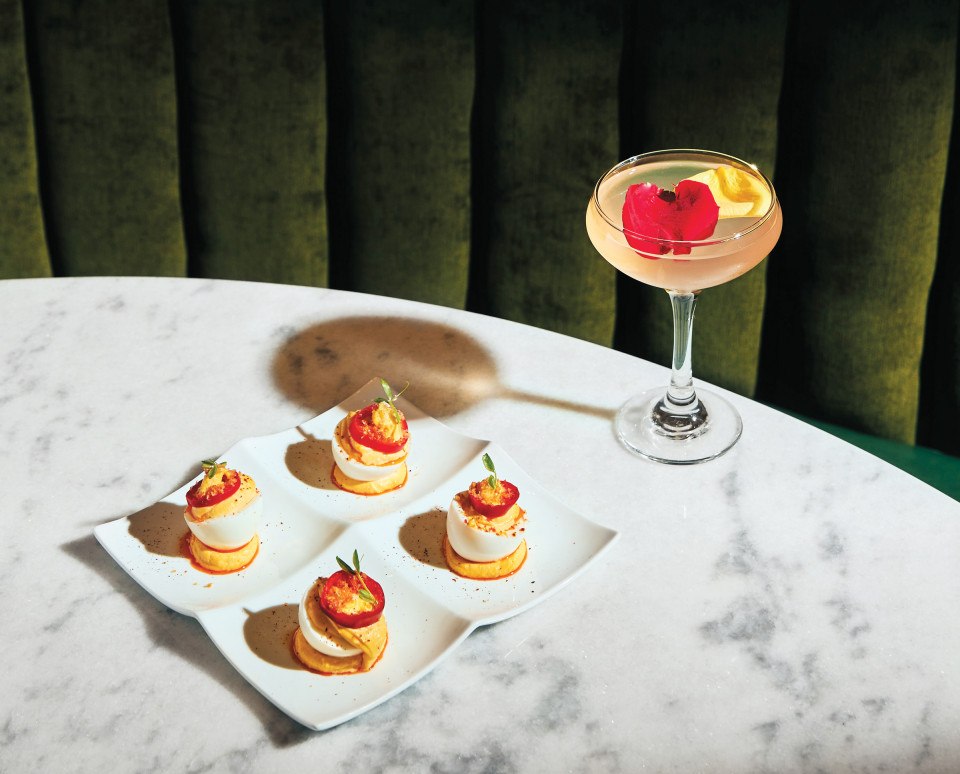 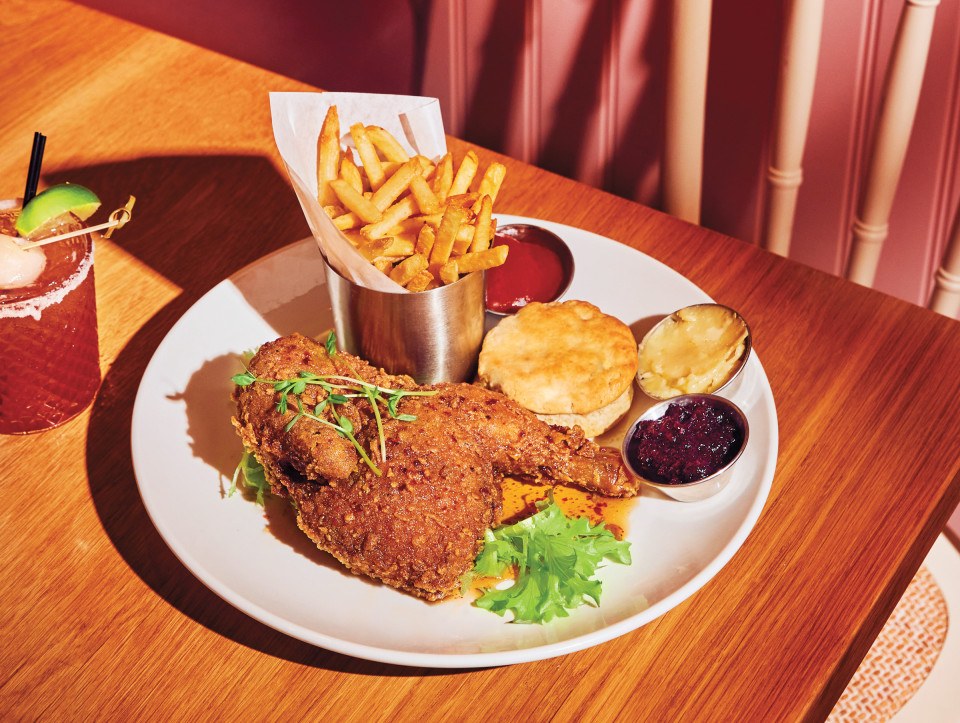 The menu at this American bistro in Manayunk is all lizard-brain pleasure, unburdened by form or style or borders or any narrative beyond the one you bring to the table with you. Ten-napkin chicken wings are sweet-hot, with a fruity sriracha glaze. Biscuits with honey butter are equidistant from summer church picnics and the drive-through, and a sloppy gemelli mac-and-cheese is studded with tender lobster tail, like baby food for an American prince.

The kitchen at Blondie serves deviled eggs you’d get at a neighborhood block party where you grew up — the ones you can almost remember if you squeeze your eyes shut really hard, but made in some alternate universe where the woman who brought the eggs had once been a chef and knew to add just a pinch of panko to the smoothly whipped yolks for crunch; how to pickle Fresno peppers and crown each half with a single thin-sliced loop; how paprika oil adds so much more punch than a dusting of powdered spice. Just as block-party-esque is Blondie’s chicken skewer, charred exactly like when your dad got to talking or drinking and forgot about the chicken on the grill, leaving it a minute too long so that it blackened up. He served it anyway (of course), claiming the scorch was on purpose, and you remember how he just laughed and drowned it in barbecue sauce the same way Blondie’s kitchen slathers on the sweet soy and garlicky chili crunch and cuts the char with pickles so puckeringly sour that the char itself becomes a balance. 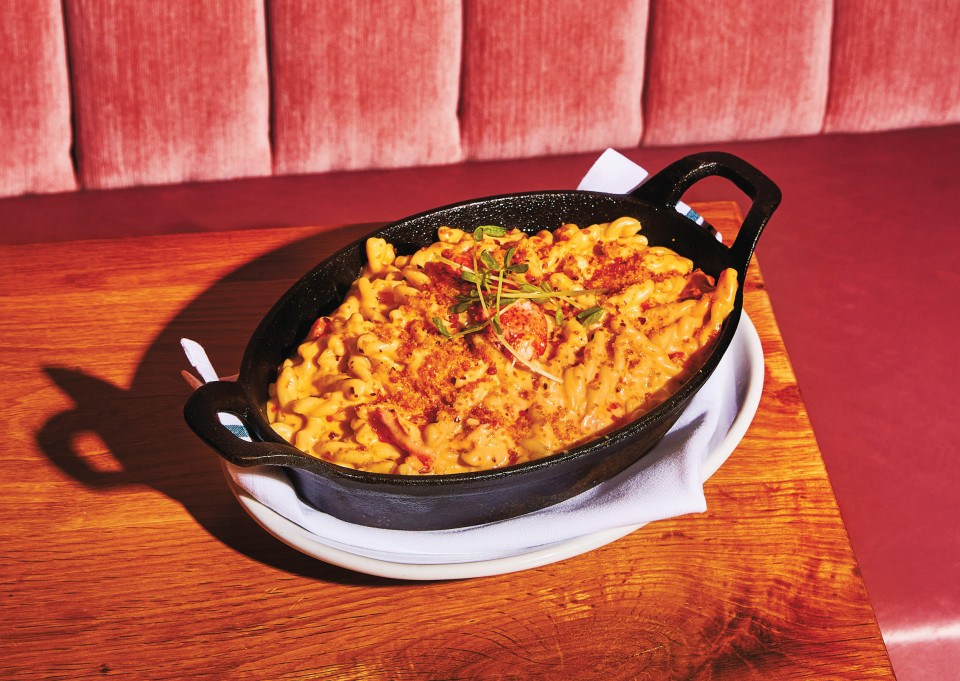 There’s an inherent friction in Blondie’s picnic favorites served to thumping Top 40 bass in a space as gilt-edged as a Trump Tower bathroom. The contrast shades into a kind of glorious restaurant campiness. It — the restaurant, the air, the vibe — drips gold and pink. All of it. If you love that, you’ll love Blondie. Otherwise, eating and drinking (and drinking and drinking) here feels akin to having a meal inside the pastel-and-rose-gold jewelry box your mom gave you for your birthday five years ago when she heard on NPR that every millennial loves pink and rose gold — the one you lost immediately, or stuffed under your bed because it was never really your thing. 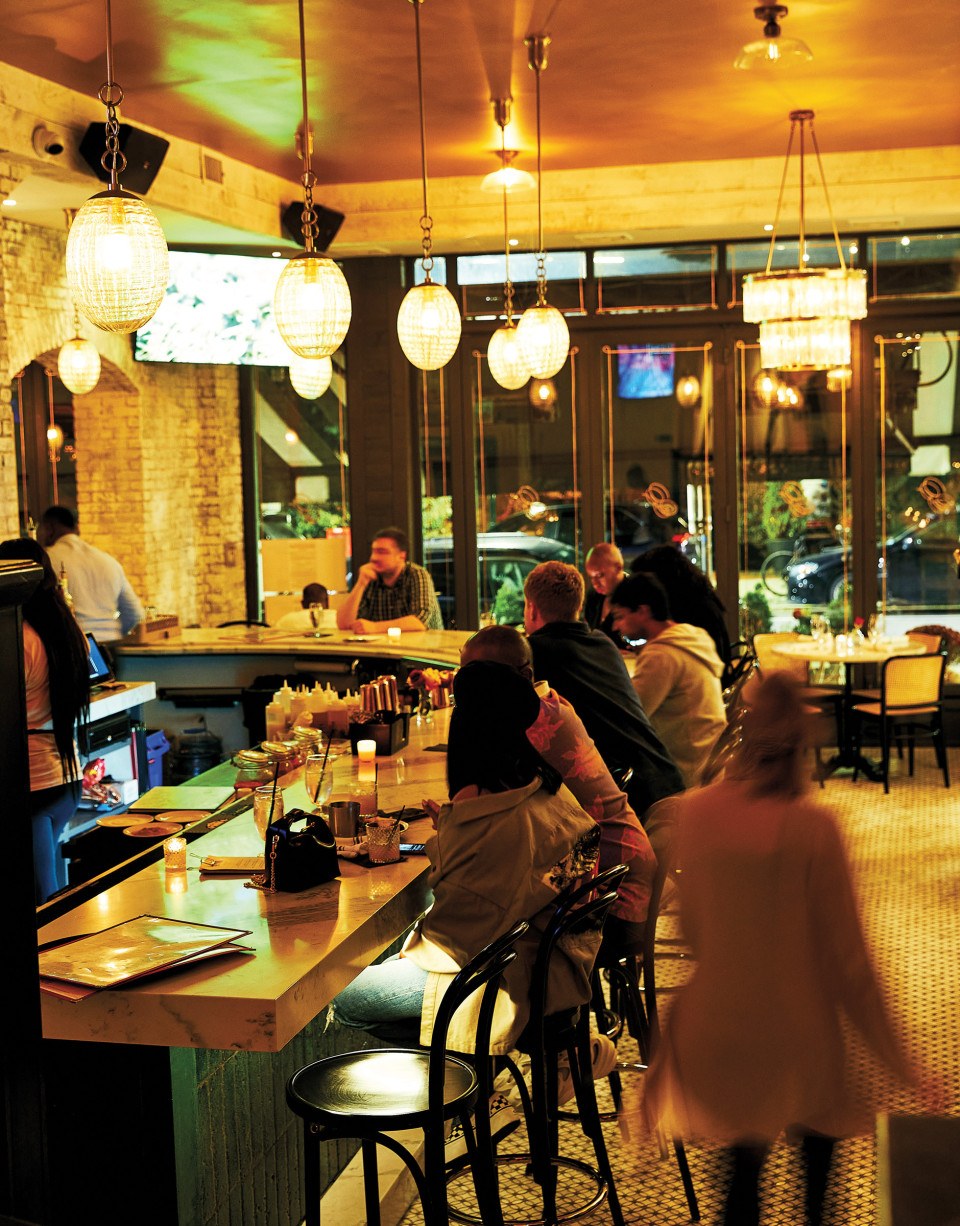 In Blondie’s warren of rooms and tables and chairs and parties, crowded even on a Wednesday night, people drink vodka and watermelon juice. They sip straight mezcal, cucumber martinis, and cold-brew-and-whiskey with a Honey Nut Cheerios foam. The bartender at Blondie knows his business: He smiles, jokes, pours fast, offers everyone a double right from the start because he knows how busy he’s going to be. Every server on the floor wears a t-shirt that says DON’T HATE ME BECAUSE I’M BEAUTIFUL and smiles with a sense of honest hospitality. The entire place oozes a catwalk smugness that would be absolutely off-putting if it weren’t also so entirely welcoming.

And it’s loud. LOUD-loud, every conversation seeming to bounce around those hard floors and high ceilings and that stone bar, looping through the arched doorways and rattling like stones in a can. Loud enough that the bartender is leaning in close to hear orders already by 5:30 p.m., and everyone seems to know each other so everyone is yelling names and laughing and asking what’s up and how’s whoever, but it works. Blondie feels young and vital and alive. And when the DJ rolls in at 5:45 for a 6 p.m. set, suddenly the walls seep with ’80s pop, and the door is opening every two minutes because someone is coming or going, nonstop, all night long. 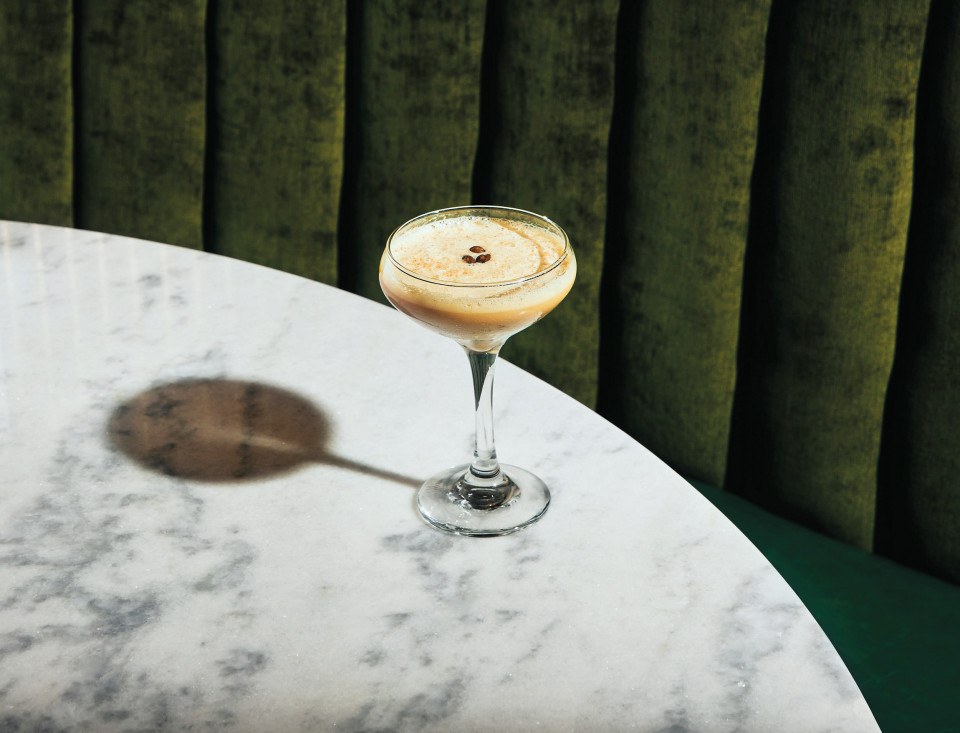 An espresso martini at Blondie

Blondie works because of its messiness of influences and styles, not in spite of them. Because it’s cheeky and slick, snarky and warm, smart and trashy all at the same time.

Still, I don’t know if this knife’s-edge poise will hold. I don’t know if it will calcify into a rote offhand cool or unravel into a disaster of glitz and sparkles. But I do know that some restaurants have moments. And Blondie is having its moment right now — one in which all its wildness is working to make something that to me feels greater than the chaos of its parts.

The only question is what happens next.

Published as “Blondie’s Moment” in the December 2022 issue of Philadelphia magazine.