7 New Places Where You Should Be Drinking

Cocktail bars, a whiskey distillery that looks like a barrel, and the new dive you’ll wish was around the corner from your house 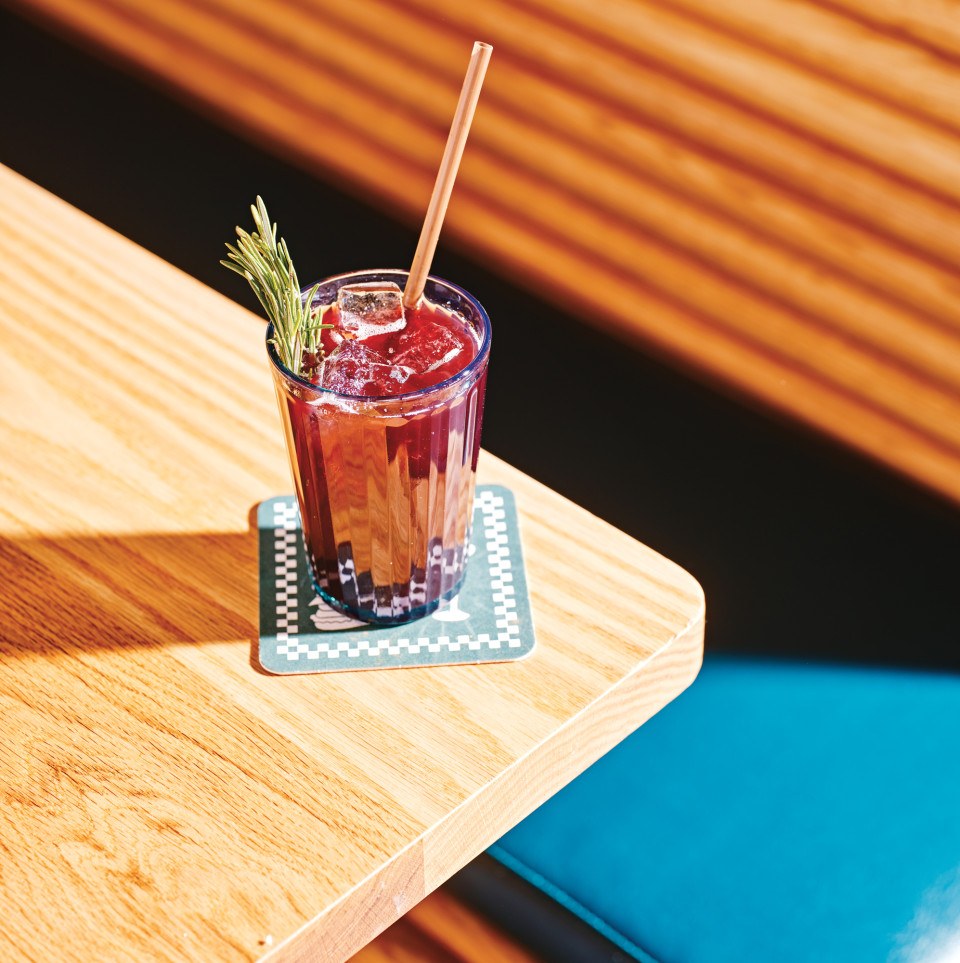 You probably have a long list of reasons why you haven’t been drinking at a cool new bar in the past few years. Many of these excuses might be legitimate. Another might be: “Hard pants and new people? No thanks!” But that doesn’t mean you’ve missed your window to see what’s happening in Philly’s drinking scene these days. Here are the recently opened places worth checking out, even if you kinda never go out anymore.

In a city arguably overloaded with sleek breweries — the massive ones sporting QR codes, tall ceilings and double-wide strollers — Cartesian Brewing stands out as a charmingly lived-in reprieve. It’s the sort of neighborhood beer spot that looks like it was a mildly shady garage in the not-so-distant past, the ideal gathering spot for all sorts of East Passyunk drinkers who frankly don’t care about the trivia game happening up front. Here, your table is a recycled door, and the walls are covered in color-block art for sale. Order an “Amateur Cartography” — a West Coast-style IPA — or a Kolsch-style ale that smells a little like fruit and a little like bread, but not quite like fruit bread. 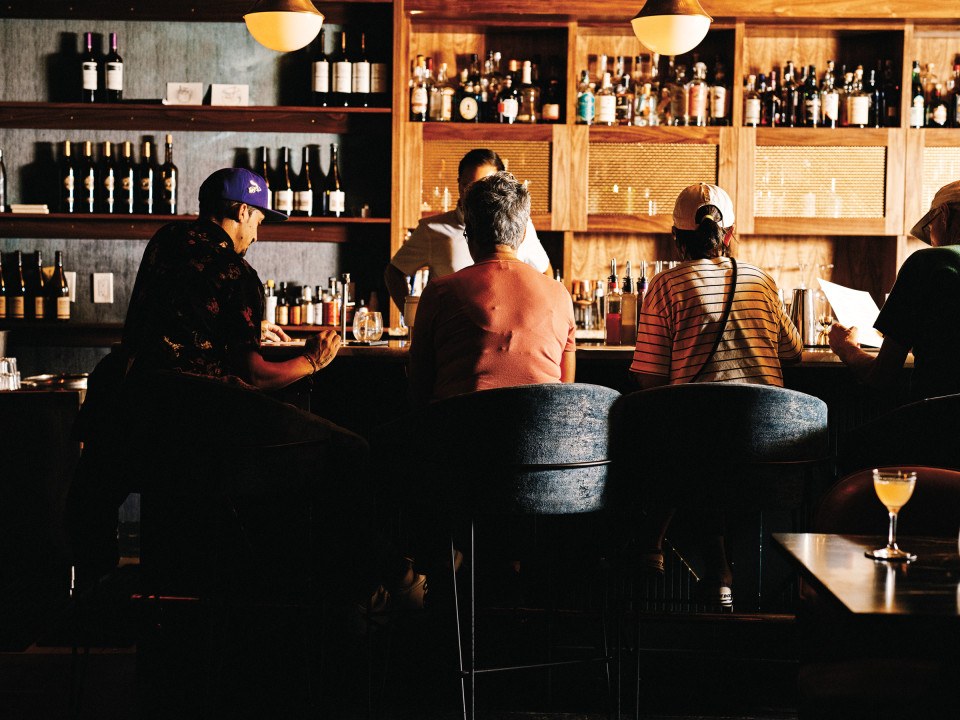 Back in April, longtime Philly cocktail spot the Franklin reopened at a new “hidden” location. That’s right; for reasons I assume have everything to do with an unadulterated love of Harry Potter, the team advertises its address as an alley that doesn’t exist on Google Maps. (In actuality, it’s behind an unmarked door at the back entrance of the 1715 on Rittenhouse, a boutique hotel.) Daters, speakeasy fans, and anyone who appreciates mood lighting, marble tables, and vintage absinthe fountains, take note. You can try strolling in on a whim, certainly, and hope for the best at the bar. But there are also plenty of tables that you can reserve ahead of time. They stop accepting walk-ins at 9 p.m. on Fridays and Saturdays.

This new whiskey bar looks like the inside of a barrel. And the longer you sit here drinking, and the longer you think about it, the more meta it all feels. But it’s a good new option particularly for whiskey people who want to try unusual bourbon or rye. While Four Humors will have its own aged whiskey ready soon, for now, you can come here and drink plenty of interesting stuff, like a $13 flight of five whiskeys that were all made in Pennsylvania. There’s also an espresso martini that makes a compelling argument for whiskey as the base liquor for all espresso martinis going forward. 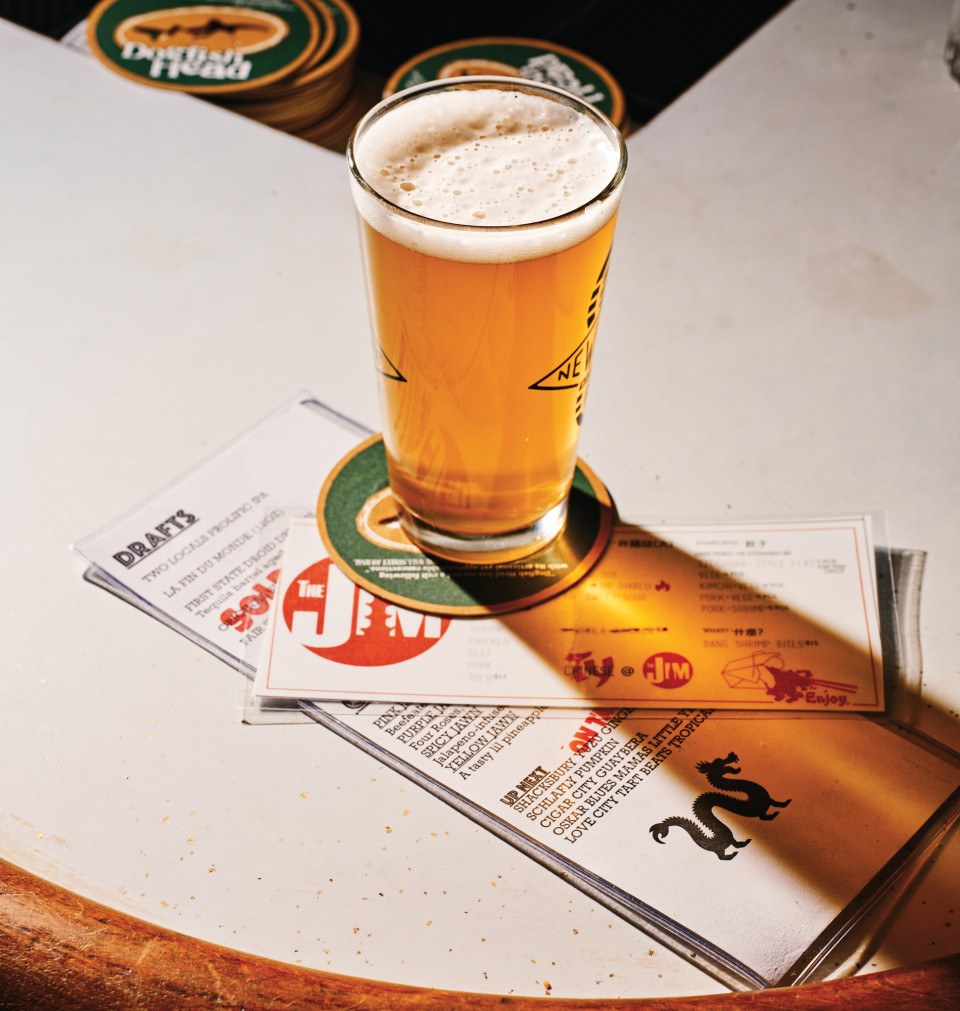 A pint at the Jim / Photograph by Ted Nghiem

Fergus Carey and Jim McNamara’s new South Philly corner spot feels like it’s been open for 20 years already. Maybe that’s because the only thing inside is a U-shaped bar, or the fact that there’s so little natural light, you’ll think it’s perpetually 11 p.m. Or maybe the time-tested feel comes by way of some impressive garlic-soy chicken wings — fried twice so the exterior becomes jagged and crackly, and sticky enough to decimate any paper napkin in their path. But more likely, the Jim stands out because of its unseriousness about being taken seriously, the kind of “fuck it” attitude that so rarely hits at new places. You’ll choose from a list of beers on tap and a few cocktails, all labeled “jawn” plus a color. If you usually order Negronis, go for the “Pink Jawn,” with Beefeater, Campari, lemon and grapefruit. If pineapple daiquiris are more your speed, try the  “Yellow Jawn.”

Middle Child Clubhouse on North Front Street is decidedly not a bar: It serves plates dotted with trout roe, dressed-up veggies like zucchini au poivre, and daytime breakfast sandwiches stacked at least the height of your cat’s sweet face. But the Fishtown spot makes traditional restaurants look sleepy, and drinking here guarantees a good time. Grab a bar seat and order a $6 glass of the “Trash Can Amaro” — a mix of all the amari left over from whatever’s on the seasonal cocktail menu, but not too sweet, I promise — or the classic “Seawater Margarita,” which tastes like kombu and celery took a beachy Mexican vacation to find themselves. 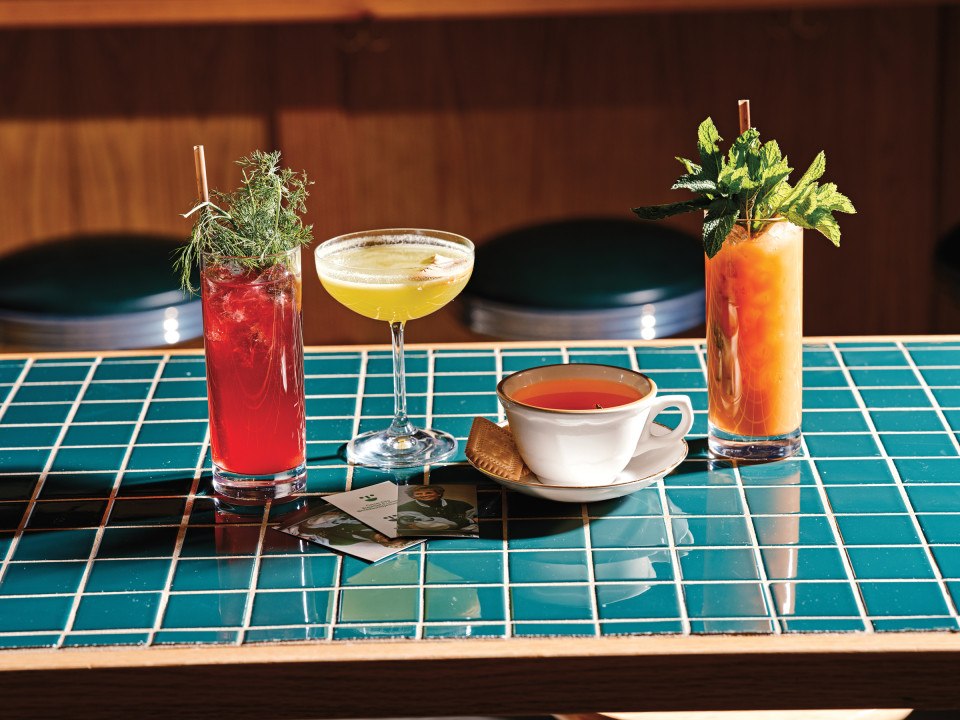 If Philly was Miami, there would be rooftop bars like Far East Descendant opening all over town — places with TikTok hype and purple cocktails called “Mistress of the Sea.” But this isn’t Florida (thank God), so instead of fighting with a bachelorette party about who gets the seats with ocean views, you’ll hang on Chinatown’s only roof deck and drink inventive Cantonese-inspired drinks and snacks. Some of the cocktails play around with classic Chinese spirits like baijiu, and there are plenty of large-format snacking boards if you get hungry. Heads-up: Weeknights stay relatively calm here, but weekends get rowdier thanks to all the Temple seniors who undoubtedly saw the place on social media.

The Listening  Room at LMNO
Fishtown

This new ’70s-inspired bar is located behind a bathroom door in the back of Stephen Starr’s Mexican restaurant in Fishtown. To get inside, strangers gather in the restroom vestibule, where there are two facilities outfitted with actual plumbing in addition to the fake “bathroom door” to a small club. Once you’re in, it feels like you’re dancing with 25 people in someone’s living room: Records line the walls, a disco ball twists in the light, and enough fog wafts through to mimic a plane crash or the witches’ commissary kitchen. There’s a different DJ every night, and no photo-taking or music requests are allowed, no exceptions. Bring a group of friends who want to dance in a weird carpeted room. Just make sure to buy your $15-ish ticket ahead of time online so you don’t have to wait.

Published as “Best Bars 2022: 7 New Places Where You Should Be Drinking” in the November 2022 issue of Philadelphia magazine.