Twenty-five years after she debuted her groundbreaking Old City restaurant, the Wharton alum talks QR code menus, cooking for celebrities, and the return of fine dining. 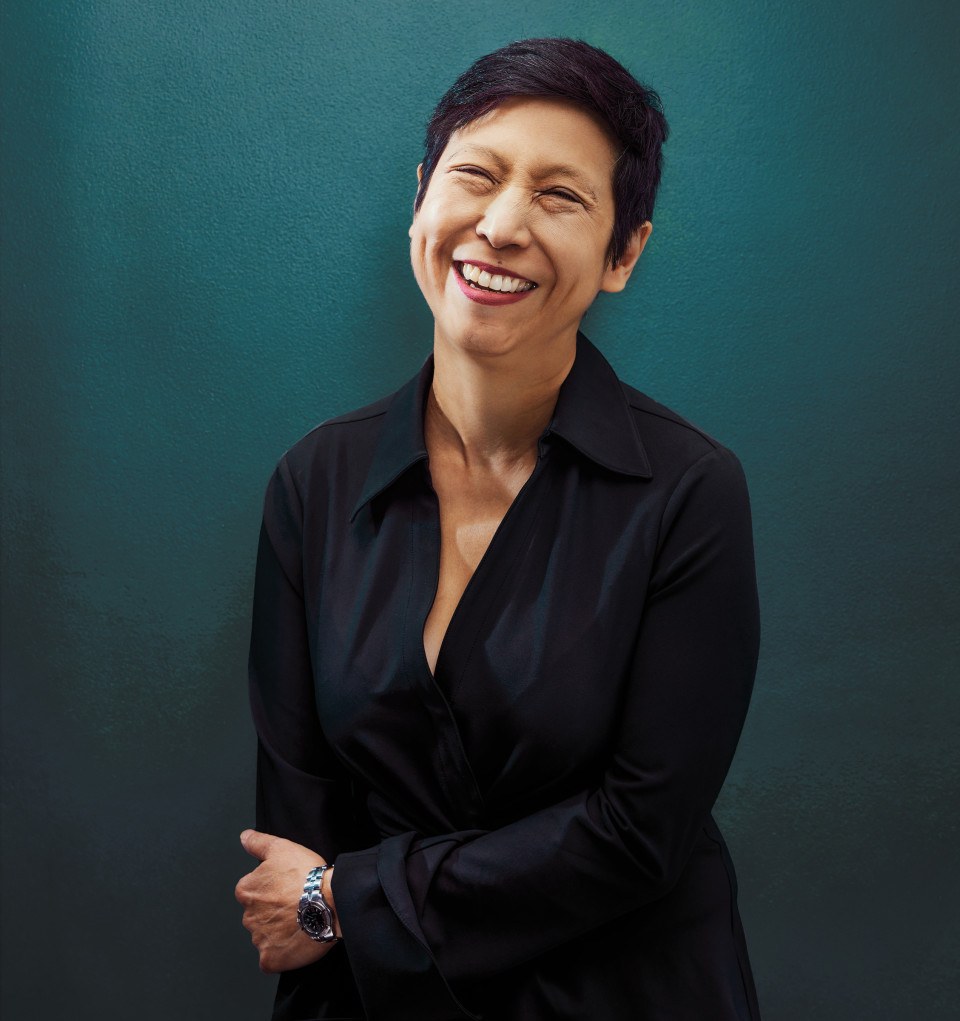 My full name is … just Ellen Yin, but my Chinese name, if you spell it out in Roman characters, is Teh-Tsi.

One topping you better not put on my pizza is … pineapple.

The most unusual food I’ve tried was … pig’s blood, when I visited China.

Before I opened Fork in October 1997, Old City was … at a point where it was about to grow and expand. The Continental, Panorama, La Famiglia, the Khyber and Sassafras were all open, but really, there was nothing on Market Street between the Continental and City Hall.

Social media has made the restaurant biz … lightning-fast.

Operating restaurants post-pandemic has been … challenging. The pandemic has definitely forced me to reimagine some of my priorities.

The prettiest place in Philadelphia is … the end of Race Street Pier. Go all the way out, down to the end of the lower level, and you can see a huge amount of the Delaware, and you’re right under the bridge. It’s stunning.

The next big trend in restaurants is … fine dining, believe it or not. A lot of people are still looking for that experience. People miss it.

One trend I’m done with is … QR code menus.

When I want a good burger, I go to … Fountain Porter.

My favorite TV show or movie about the restaurant world is … Top Chef, though I haven’t watched it in years. It does mimic a lot of the emotions in the kitchen of a restaurant. Anthony Bourdain’s Roadrunner, which shows us that we all have deep insecurities and doubt inside. And I need to see The Bear soon.

The last time I ate fast food was … so long ago that I don’t remember.

My last trip abroad was … in June. I went to Italy. Milan, Lake Como, Bergamo and Brescia. Italy is my most-traveled place.

My favorite food neighborhood in Philly right now is … a tie between Fishtown and South Philly. I’m a huge Beddia pizza fan. I go there a lot. Fiorella’s. I love all carbohydrates. Kalaya. Gabriella’s Vietnam. Palizzi. And I absolutely love pho.

To stay in shape, I … walk really fast to work.

Some of the famous people who have dined at one of my restaurants include … Madeleine Albright, Sandra Day O’Connor, Richard Gere, Natalie Portman, Chris Noth, Willem Dafoe, Fergie the Duchess of York, and Nick Nolte.

My average day is … hectic and nonstop and doesn’t end until around midnight, when I’m usually watching something like The Crown, Anatomy of a Scandal, or Inventing Anna.

If money were no object, I would open a … Chinese restaurant featuring my mother’s home cooking. But I would have to do so much research. It would need my full attention.

I am deathly afraid of … failure.

Published as “One of Us: Ellen Yin” in the October 2022 issue of Philadelphia magazine.