Why buy wine from California at the state store when you can go to your backyard and support a family that’s producing world-class wines? 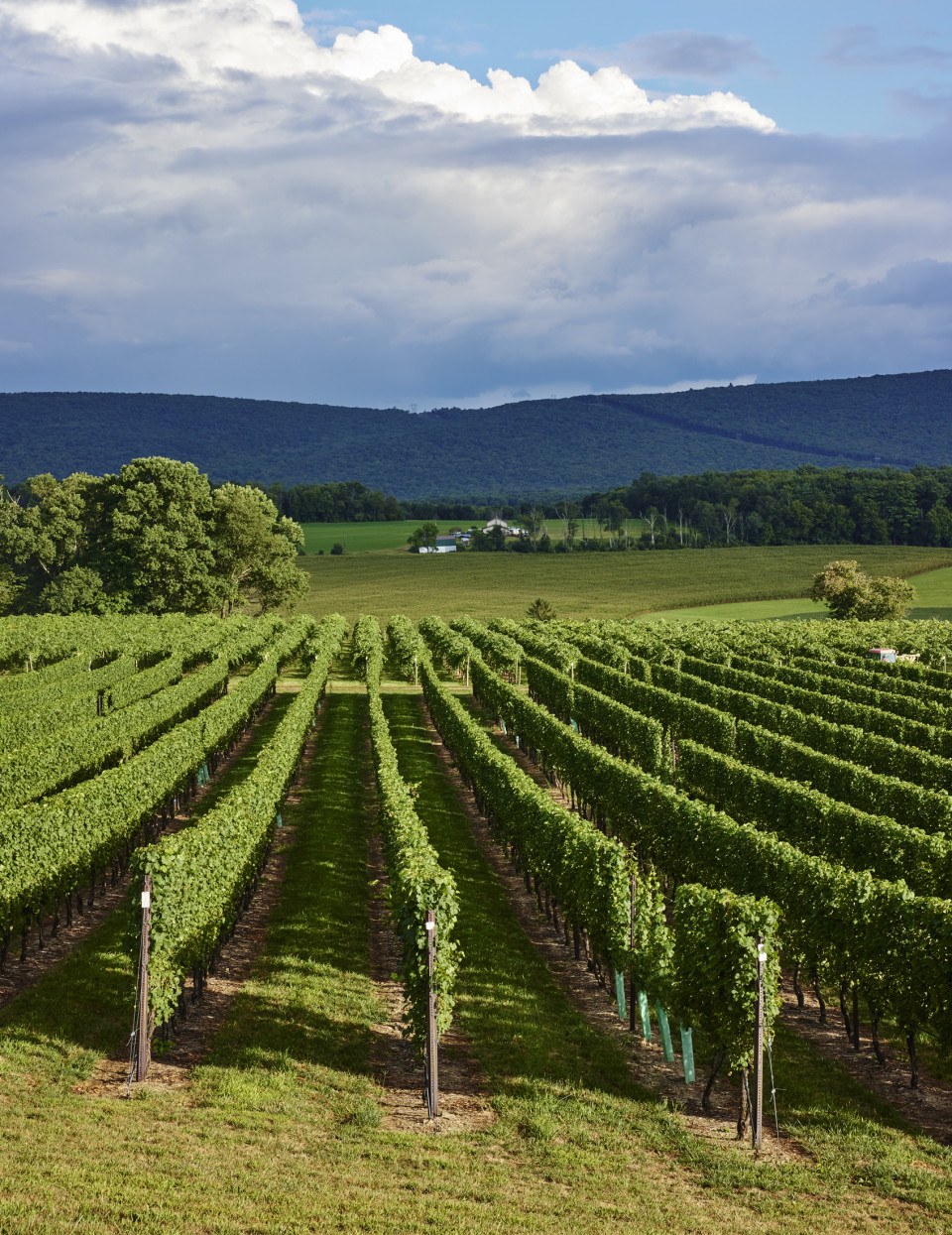 When you think of Pennsylvania, wine likely doesn’t come to mind. Farmland, sure. But wine? And good wine, at that? Yet the beverage has been part of our landscape since at least the late 1600s, when William Penn planted what’s thought to be the first vineyard in Philadelphia, in Fairmount Park. In the centuries that followed, the state became known for sweet wines and those made with fruits other than grapes. Native grape varieties, some of which are sweeter, prevailed because they’re easier to grow here. Prohibition plus a lack of funding contributed to Pennsylvania’s stagnated standing on the national and international wine stages.

While the state hasn’t entirely left that sweet status behind — in fact, many wineries thrive off well-made dessert wines today — there’s been a change in our reputation in the past two decades. That’s due in large part to the groundwork laid by the late industry pioneer Doug Moorhead, whose Presque Isle Wine Cellars was one of the first two licensed wineries in the state. He was instrumental in the passage of the Limited Winery Act in the late 1960s, which allowed the creation of wineries to produce and sell the beverage, and he was a founding member of the Pennsylvania Winery Association, a trade group representing the industry.

Other initiatives led by the government, the industry and universities have helped promote the state’s wine production and quality, while the types of grapes grown and the styles produced have expanded — including drier, more classic iterations. The Pennsylvania Wine Marketing & Research Program Board, an initiative of the Department of Agriculture that’s made up of industry and non-industry members, was established in the early aughts. Since 2011, Penn State’s wine and grape team has been researching and experimenting with new approaches to everything from vineyard management to ways to meet consumer demand. 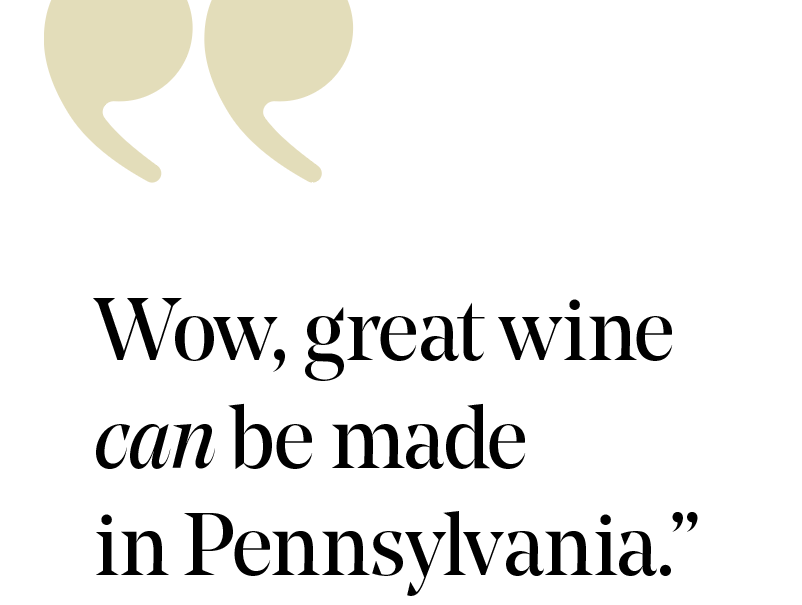 A light-bulb moment for Nicholas Ducos of Mural City Cellars at Va La Vineyards in Avondale.

“The quality of work that comes out of that program is phenomenal,” says Mario Mazza, VP and general manager of Lake Erie wine brand Robert Mazza Inc. and chair of the PWMRPB. (His father and the late Don Chapman Jr. of Brookmere Winery played key roles in advancing­ the Commonwealth’s wine industry as well.) Then there are the wineries that have banded together to create wine trails for consumers­ to explore, not to mention an explosion in the number and size of wineries, with the state now counting more than 300. “There’s a variety of different operations — there’s no one size fits all,” Mazza says.

Despite its progress, the local wine world still faces challenges. Diversity and inclusion are sorely lacking. There are the impacts of climate change, frost damage, and the dreaded spotted lanternfly. And the industry must compete with more established wine states — New York, Virginia, Maryland, even Michigan and Ohio. “These states are eagerly promoting their industries,” says Mazza. “We need to do this to remain competitive but also to push our industry forward.”

New owners and next-generation winemakers and growers offer signs of hope. Many are educated and trained in the industry, have spent time studying in different areas of the world, and are advancing what their families started.

“We’re becoming better at making wine, and the consumer realizes that,” says Virginia Mitchell, grant administrator of the Pennsylvania Winery Association and the winemaker at Galer Estate Vineyard & Winery in Kennett Square, who studied food and wine production at Penn State. “Why buy wine from California at the state store when you can go to your backyard and support a family that’s producing world-class wines?”

Published as “Fine Terroir” in the October 2022 issue of Philadelphia magazine.