The New Bars At Wells Fargo Center Will Have … Wait, Sorry, Life-Size Holograms? 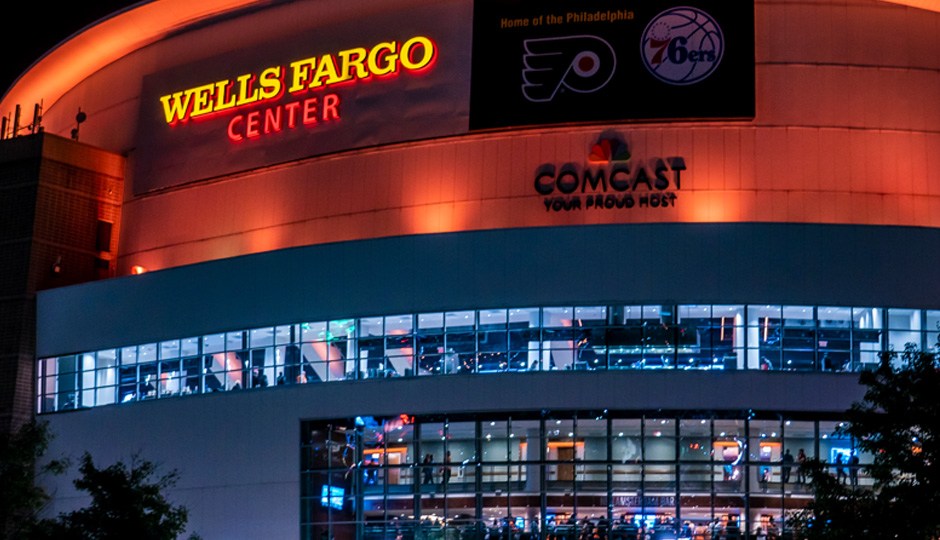 Editor’s note: An earlier version of this story incorrectly stated that Starr’s new restaurant was affiliated with the hologram-having bars on the Club Level of Wells Fargo Center. Starr is only involved with the restaurant that will be taking over The Grille this fall. The headline has since been adjusted.

Last year Stephen Starr entered into a partnership with facilities management behemoth Aramark. Well it looks like that “strategic collaboration” is finally starting to get some legs: Starr will be taking over The Grille at Wells Fargo Center as his first sit-down restaurant concept with Aramark.

According to a press release, the new restaurant on the Club Level will seat roughly 300 people while serving “a full menu of American-style cuisine.” The space will offer diners view of the action on the floor (of course).

“The sports and entertainment industry is one that I’ve yet to leave my mark on, so this opportunity to collaborate with Aramark and Wells Fargo Center on an in-arena restaurant concept is really special,” Starr said in the press release. “I look forward to using my creativity and passion for developing elevated dining concepts to help create a unique hospitality experience for Philadelphia sports fans.”

Speaking of the fans, the design of the place will “embrace the history of Philadelphia sports teams” and lean in the direction of an upscale tavern, with floor-to-ceiling windows facing the Philly skyline. Starr’s replacement for The Grille (which doesn’t yet have a name) is part of a larger, $50 million remodel of the entire Club Level at WFC.

The Club Level will have a celebrity chef program bringing “specialty menus from local chefs and mixologists [to] two cornerstone locations on the Club Level.” There will also be four new bars on the roster. The East and West Bars will feature design elements that will change depending on what’s happening on the floor — like tabletops that transform from ice to hardwood depending on who’s playing, team-specific cocktail menus and (yes) life-size holograms of Flyers, Sixers or rock stars, depending on the night’s entertainment.  You can also expect a tequila bar (the Center Bar) filled with memorabilia from the last few decades of Philly sports and music and a whiskey bar (the Showplace Bar) showcasing the history of The Spectrum.

All of this work is expected to be completed in time for the upcoming NHL/NBA season this fall. We’ll have more details — particularly about the new restaurant and probably not the holograms — as opening day approaches.